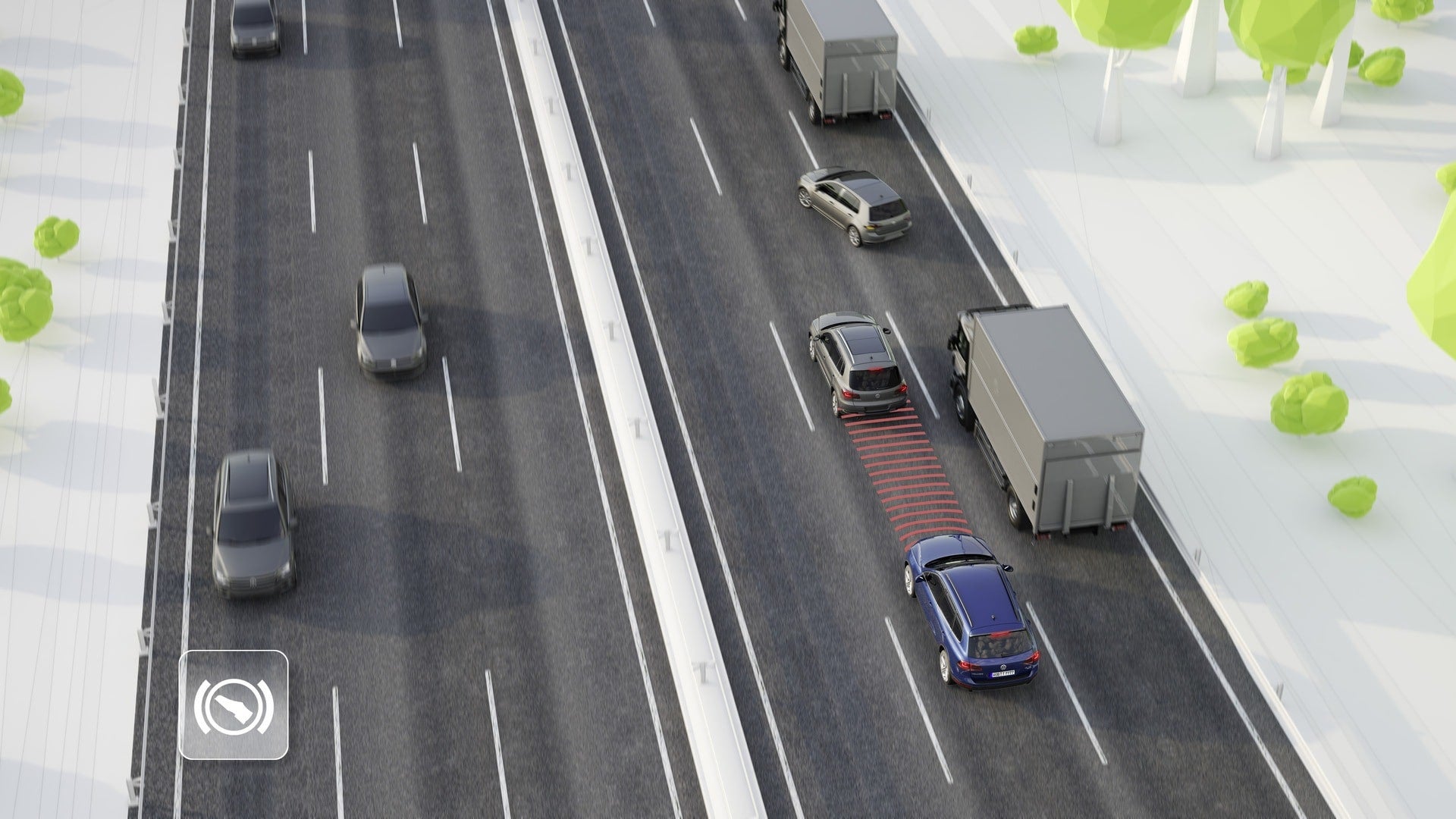 Adaptive cruise control, sometimes abbreviated as ACC, has become more commonplace today. While autonomous systems like ACC can make us immediately think of a future with driverless cars, that possibility is still a long way off. A feature like ACC is geared more toward increasing the safety of everyday cars versus a futuristic world of self-driving machines.

What Is Adaptive Cruise Control?

Drivers can set the interval from the steering wheel at how close (or how far away) they want to be from the vehicle in front. ACC will apply the brakes in traffic relative to the set distance the driver specifies. Those who drive more defensively may want it on the farthest setting so the gap between cars in front is wider.

How Does Adaptive Cruise Control Work?

When it comes to your car’s ACC system, it’s important to understand exactly how it works and its limitations. Initially, ACC on your vehicle works the same as regular cruise control. You accelerate your car to the desired speed, press “set” and use the plus or minus buttons to regulate.

Adaptive cruise control differs, however, because you can set a preferred distance from other cars in front of you. The video below from the Insurance Institute for Highway Safety explains how ACC systems commonly work.

On the whole, yes, adaptive cruise control is safe when used properly. Engineers and researchers are continually improving the functionality of adaptive cruise control and other active safety features. However, the driver should still remain alert and in full control of the vehicle. Automakers caution that ACC (and similar safety features) should be used as an aid, or as an extra layer of protection only.

Why Use Adaptive Cruise Control?

From a convenience standpoint, adaptive cruise control is ideal for drivers who often find themselves on crowded highways and interstates. In rush hour traffic, where speeds vary drastically from fast to standstill, ACC can come in handy. Many automakers say it helps reduce the stress and fatigue commonly associated with driving in congested traffic.

RELATED
Ford To Add Over-The-Air Updates In 2020: How Will They Work?

Some vehicles today come with a Stop & Go function, which can apply the brakes, then accelerate again if you’re stopped for a short duration. Features like this make adaptive cruise control suited to stop-and-go traffic.

In terms of safety, the radar sensor is always watching for any sudden stops. ACC differs from normal cruise control in that it can apply the brakes suddenly and forcefully when necessary. When properly used, adaptive cruise control can mitigate or even prevent a driver from unintentionally rear-ending a car in front that stops suddenly. This adds another layer of safety when navigating congested areas where speed is likely to vary from slower to faster.

What Are The Types of Adaptive Cruise Control?

Early versions of speed and distance control technologies go back to the 1990s. LiDAR and laser based systems where pioneered by Mitsubishi and Toyota, with Mercedes-Benz later coming to market with their Distronic system. Today, there are two main types: radar-based and laser-based. Radar-based is typically considered better and tends to be more widely used.

Radar-based systems use the Doppler effect to detect objects with a relative speed distance within a certain angle – usually 65 degrees – from the sensor. They can identify other objects up to a distance of about 1,000 feet. Single radar systems are the most common and often come with assisting systems. The assisting features typically include a pre-crash system to warn drivers when they should brake, a lane keeping system, and even steering assist for when cruise control is active.

Laser-based systems aren’t quite as innocuous as radars. Radar systems can usually be hidden in a small box or compartment near the front of the car, whereas lasers must have their sensors exposed to detect anything. Lasers also don’t work as well in rain or fog and have trouble sensing vehicles that are dirty (the sensor works by detecting shine from another car).

Full speed range can bring the car to a full stop but must be re-activated by tapping the gas pedal. Stop & Go will stop the car completely and accelerate again slowly. Partial cruise control turns off below a set minimum speed.

Upon first reflection, ACC on a car with a manual transmission might seem puzzling. Adaptive cruise control is available on some manual vehicles, though, and works similarly to regular cruise control. Essentially, the ACC will disengage any time you press down on the clutch. So whenever you upshift, it will shut off and you’ll need to re-engage after you’ve shifted.

ACC will also disengage when you start slowing down and eventually have to stop. So you can’t really use it in heavy traffic nor can it bring you to a complete stop.

Can I Add Adaptive Cruise Control To My Car?

While many new cars are coming equipped with ACC these days, those with older cars might wonder if they can retrofit their vehicles with adaptive cruise control. Generally, it depends on your make and model. Typically, if the car wasn’t built with ACC software in mind, then retrofitting might not be possible.

Some cars may have partial autonomous driving options, like a lane assist or pre-crash system, but no speed regulation. It may be possible for cars with these partial capabilities to be retrofitted with ACC but here again, it depends on the make and model.

Adaptive cruise control is beneficial when it comes to vehicle and driver safety. However, as with all technology, there are disadvantages or things to at least consider. For example, it’s worth asking yourself if the added tech is worth it for you. While some automakers may offer ACC as a standalone option, many advanced safety technologies are part of larger packages which can increase the cost of a new car.

One silver lining here is how manufacturers are moving to make things like adaptive cruise control standard for even the lower trim levels. Before you buy, do your research to see if ACC is standard or part of a larger safety package on the vehicle you are considering.

In addition, ACC systems are not standardized across all automakers, so it may be called by another name. While the general function is the same, individual characteristics on how the system reacts and responds may vary from manufacturer to manufacturer. Again, make sure you do your homework on any new vehicle you are considering.

Another disadvantage is that some sensors may not work well (or at all) in bad weather like rain or fog. Remember, ACC is only an aid, not a substitute for safe and responsible driving. While adaptive cruise control is helpful, don’t let it make you a lazy driver.

The National Safety Council and the University of Iowa launched an informative website in 2015 called MyCarDoesWhat.org. The site helps educate consumers about new automotive safety technologies and how they work.

Christmas Brake: Give The Car Enthusiast On Your List An Upgraded Kit From Power Stop