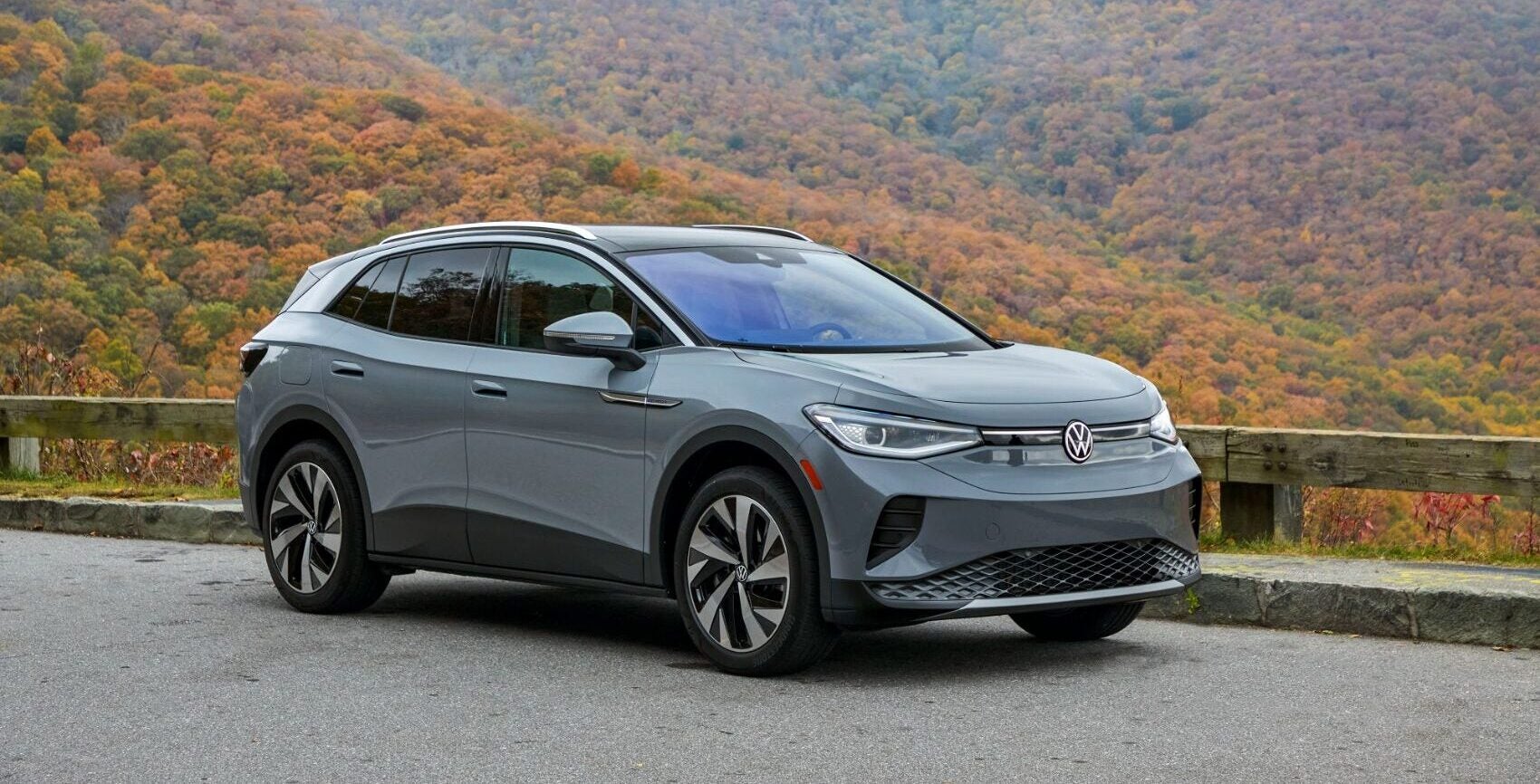 Volkswagen of America’s 2023 new vehicle portfolio is fresh as a daisy. The automaker’s lineup consists of newly introduced, redesigned, or refreshed vehicles in the past two years. Hogging the headlines is a new entry-variant and made-in-the-USA ID.4 electric SUV with a modest 62 kWh battery.

VW started production of its US-made ID.4 in Chattanooga, Tennessee, enabling the automaker to offer a lower starting MSRP of $37,495 (before destination fees). After factoring up to $7,500 in federal credits, the base ID.4 makes a lot of fiscal sense at under $30,000, especially considering the previous base ID.4 starts at about $41,000 before tax credits.

VW promises to announce more details about its 2023 ID.4 lineup soon, but the automaker was kind enough to reveal what’s new in its gasoline vehicle lineup. Volkswagen’s IQ.DRIVE semi-autonomous driving tech is available on every 2023 VW, and the brand’s Digital Cockpit is now standard across all new VW cars and SUVs.

Receive real, competitive rates that are valid for 45 days
Get financing terms completely personalized to you
Get terms instantly without impacting your credit score

The Volkswagen Arteon’s biggest rival, the Toyota Avalon, is bidding farewell after 2022 to make way for the weird-looking Crown flagship crossover. However, the Arteon soldiers on as VW’s prime full-size sedan.

For 2023, the Arteon will arrive at dealerships in three trim variants: SE R-Line, SEL R-Line, and SEL Premium R-Line. VW gave the Arteon an updated 2.0-liter turbocharged four-banger in 2021, which now pumps out a healthy 300 horsepower and 295 lb-ft. of torque. It also received a more engaging seven-speed dual-clutch automatic transmission replacing the eight-speed automatic from 2021.

The base Arteon SE R-Line has a front-wheel drivetrain and an updated list of standard features. It includes performance LED headlights, fog lights, adaptive front lighting with cornering lights, a light bar on the front grille, and a power-operated hatch. Also new is a heated steering wheel and a dynamic road sign display. Meanwhile, the SEL R-Line gets new 20-inch wheels, while the range-topping SEL Premium R-Line has 30-color interior ambient lighting and black carbon trim.

The VW Atlas is a seven-seat family SUV (left), while the Atlas Cross Sport is a roomy, two-row SUV with a slopier roofline (right). Both vehicles are available in five trims for 2023: SE, SE w/Technology, SEL, SEL R-Line Black, and SEL Premium R Line.

The 2023 VW Golf GTI is available in four trim models: S, SE, 40th Anniversary Edition, and Autobahn. The new Golf GTI starts at $31,475 with the six-speed manual and $32,275 with the seven-speed dual-clutch automatic. Standard equipment in the Mk8 Golf includes performance LED headlights, LED fog lights with active cornering lights, and a few minor cosmetic updates. More details about the Golf GTI 40th Anniversary are coming soon, according to VW.

Volkswagen will offer the 2023 Golf R hot hatch in two trim variants: Golf R and 20th Anniversary Edition. Apart from a few exterior tweaks, the Golf R is all-new in 2022 and should remain motivated by a higher-strung 2.0-liter turbo four-pot from the Golf GTI, pumping out a thrilling 315 horsepower and 310 lb-ft. of torque. VW’s 4Motion all-wheel drivetrain and six-speed manual gearbox are standard, while the seven-speed dual-clutch automatic remains optional.

The 2023 VW Jetta is available in S, Sport, SE, and SEL trims, while the new Jetta GLI is only available in a single Autobahn trim. The Jetta remains powered by a 1.5-liter turbocharged four-banger introduced in 2022. It has 158 horsepower and 184 lb-ft. of torque with a standard six-speed manual turning the front wheels, but an eight-speed automatic remains optional.

Meanwhile, the Jetta GLI has a 2.0-liter turbo four-cylinder engine with 228 horsepower and 258 lb-ft. of torque. Front-wheel drive and a six-speed manual are standard, while VW’s seven-speed dual-clutch automatic is available.

The 2023 VW Taos is available in three trim models: S, SE, and SEL. A turbocharged 1.5-liter four-cylinder engine with 158 horsepower and 184 lb-ft of torque is standard. Front-wheel drive variants have an eight-speed automatic, while AWD models have a seven-speed dual-clutch automatic.

The 2023 VW Tiguan is available in four trims: S, SE, SE R-Line Black, and SEL R-Line. The Tiguan is fresh from a makeover in 2022, but VW has updated the SE R-Line Black with new 19-inch dark alloy wheels.

A 2.0-liter turbocharged four-banger with 184 horsepower and 221 lb-ft. of torque powers every Tiguan. Both FWD and AWD Tiguans have an eight-speed automatic gearbox.

Volkswagen’s factory warranty lasts four years or 50,000 miles, whichever comes first. It covers repairs to any mechanical breakdowns due to the manufacturer’s workmanship or material errors for almost all parts, including the powertrain. Volkswagen provides limited corrosion coverage for seven years or 100,000 miles and emission control systems coverage for two years or 24,000 miles, or eight years or 80,000 miles, depending on the part.

Depending on how much you drive, a VW extended warranty might make sense. Before you decide, read this helpful guide on VW extended warranties first. Based on the latest data, the average VW costs about $700 per year in terms of vehicle maintenance.