Infographic: Everything You Want to Know About the 2015 Ford Mustang

Last month we introduced you to some big news – the all-new 2015 Ford Mustang was revealed, and showed some significant changes.

Among them are an evolution in the interior and exterior of the pony car. While some are a fan of the more modern look of the new ‘stang, some aren’t, but there’s no denying it looks more like a Ford Fusion in the front with a bit more “bite” from the signature “Shark Bite” grille:

We went over many of the details in December about the new Mustang but I’ll let this easy-to-digest infographic tell the story this time.

It also includes important info comparing it to its main competition, which will be useful if you’re in the market for a new sports car any time soon, and of course the most important information such as how many baby elephants it can tow and how many clowns you could stuff inside. Because after all, next time you have to town some elephants, you’ll be glad you read this first.

Check it out and let us know what you think of the 2015 Mustang: 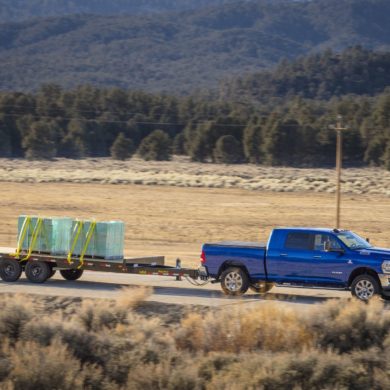