SRT Viper To Be Sold By Limited Amount of Dodge Dealers

Chrysler is in the midst of an effort to launch Street Racing and Technology as its own division. Car guy Ralph Gilles was given charge of the brand and he has instituted separate marketing campaigns and a future product roadmap. In the future we could see models developed for the SRT brand exclusively.

Where this leaves Dodge is anyone’s guess. Currently SRT is something of an anomaly, as nearly the entire lineup has standard counterparts at Chrysler, Dodge and Jeep.

Notice we said nearly – the SRT Viper leads the way for distinct vehicles under the SRT moniker. The company only wants the best, most well-equipped dealers to sell its most expensive product. Makes sense. 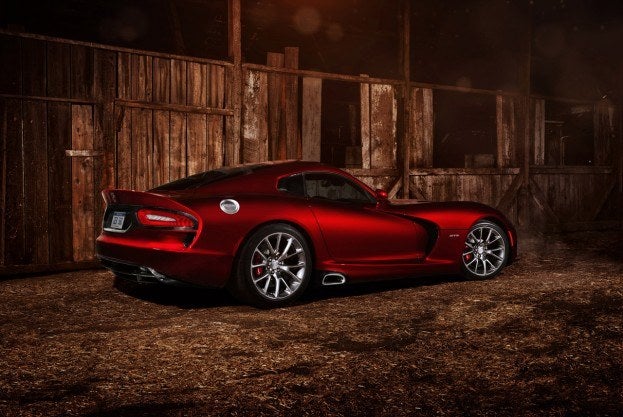 Recently a report circulated that detailed some “guidelines,” such as approval based on the amount of dreadful Calibers the dealer sold. This wasn’t official though; Gilles himself now shed a bit more light on the process, and the amount of dealers that qualify.

Via Automotive News: “We’re going to open it up to any dealer who can put the money forward and the training, but it’s going to be pretty difficult to hit all of those things….you’ve got to have the training, the facilities, and some history of selling Vipers and SRTs in general.”

A high bar to reach – as it should be. Apparently all dealers who sold the Viper previously have the right to sell them again – but there is nothing stopping Chrysler from making it difficult. Gilles says only 15 to 20 percent of dealers so far meet.

Approved dealers will be briefed on the costs involved with the program, as well as their allocation of the sports car. With a hiatus over the past few years, the Viper is expected to experience a lot of demand when it goes on sale.