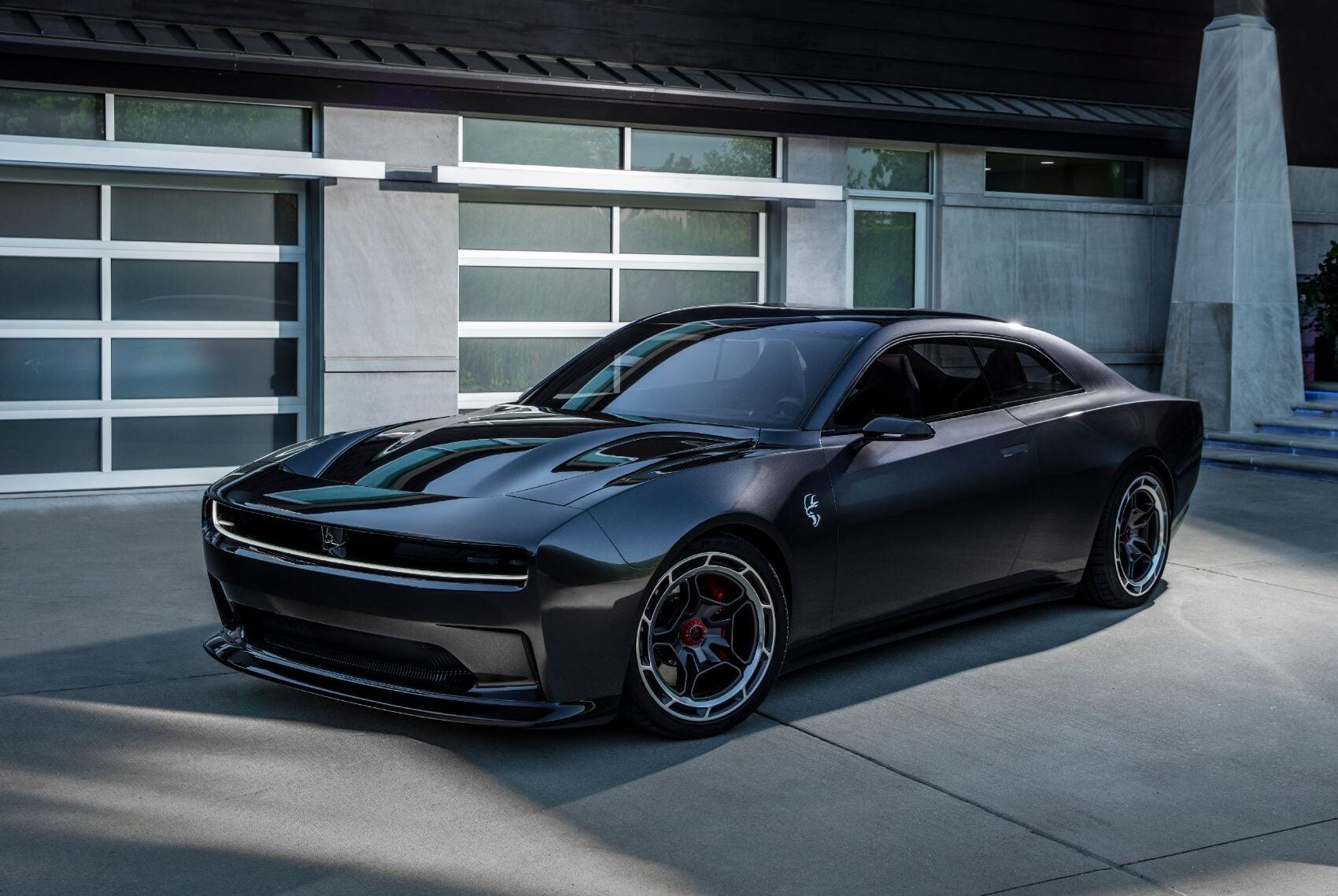 American performance car maker Dodge recently unveiled the Last Call editions of its iconic Charger and Challenger muscle cars, marking the end of an era for the Brotherhood of Muscle that started in the late 60s and revived in mid-2005. However, this doesn’t mean Dodge muscle cars are fading into obscurity amidst the electrified realm. On the contrary, the automaker is prepping for the transition to EVs with its newest Dodge Charger Daytona SRT Concept, an interesting twist on how muscle cars of the future will look, sound, and feel.

“Dodge is about muscle, attitude, and performance, and the brand carries that chip on its shoulder and into the BEV segment through a concept loaded with patents, innovations, and performance features that embody the electrified muscle of tomorrow,” said Tim Kuniskis, Dodge Brand Chief Executive Officer – Stellantis.

The Dodge Charger Daytona SRT Concept debuted at the M1 Concourse on August 17th, 2022, during the Dodge Speed Week event sporting a new yet familiar badge. The Fratzog logo first appeared in 1962 for the Dodge Polara 500 produced from 1960 to 1973. It last appeared on a Dodge on 1981 when the automaker started using the now-famous Chrysler star. Dodge eventually used the Ram logo in the mid-90s, moving to the “two-stripes” badge when Ram became a standalone brand after the Fiat acquisition.

The word “Fratzog” has no meaning whatsoever and was a spur-of-the-moment phrase for a particular Dodge engineer, but Dodge stuck with the name probably because it sounds badass. Dodge claims the Fratzog logo came during the automaker’s glory days of performance, and it’s only fitting for it to reappear during the company’s transition to electrification.

The Hemi, Hellcat, and Redeye brotherhood has a new member: the Banshee, an 800V all-electric propulsion system consisting of a floor-mounted battery pack and four-wheel grip. Dodge has yet to reveal the battery capacity and the number of motors, but four-wheel grip means AWD, and that’s a good thing to have in an all-electric muscle car like a Charger. Moreover, Dodge adds the Charger Daytona SRT Concept will trounce a Hellcat in all “key performance measures” and have all-weather performance capabilities.

The Porsche Taycan has an innovative and two-speed rear-mounted gearbox, the first for an all-electric vehicle. Dodge has something better with its eRupt multi-speed gearbox with a pistol-grip shifter. It delivers electro-mechanical shifts through characteristic shift points, helping deliver the “shoulders into seatbacks” feel in true muscle car fashion. In short, Dodge wants to relive the engagement and driving feel of a traditional transmission in its shift from gas to electrons.

The unique flat-bottom and flat-top steering wheel has buttons to select Auto, Sport, Track, or Drag driving modes. The tiller has a dedicated button for the PowerShot feature that delivers a jolt of horsepower when passing or pulling away hard from a corner.

Dodge promises the Charger Daytona SRT Concept will drive like a Dodge and sound like a Dodge. Helping it keep its promise is the automaker’s Fratzonic exhaust system, an industry-first feature that roars to an eardrum-busting 126 decibels, almost as loud as the Hellcat. The system consists of an amplifier and a tuning chamber in the car’s rear to emit a “Dark Matter” sound profile. It also works with the eRupt gearbox to simulate the sound and feel of a gas-powered muscle car as you push the pedal to the metal. That’s good news for you and bad news for the neighbors.

You wouldn’t mistake the Dodge Charger Daytona SRT for any other EV, and they did an excellent job of merging the past and the future with the concept’s design. It has a patent-pending R-Wing pass-through front air dam that pays homage to the vintage Dodge Charger Daytona, with a design that helps improve aerodynamics while retaining its signature blunt profile. Meanwhile, carbon fiber air slots in the front and rear further improve downforce.

It may not be evident at first glance, but the Dodge Charger Daytona SRT has a hatchback rear end like the 90s Dodge Daytona and Dodge Stealth performance coupes. In addition, the full-width signature lighting elements in the front and rear (along with illuminated Fratzog badges) give the concept an unmistakable vibe. At the same time, 21-inch Turbine wheels with painted pockets and diamond-cut faces finish off the retro-inspired silhouette.

The Dodge Charger Daytona SRT has a hi-tech cabin like any other EV. It has a driver-centric cockpit with a 12.3-inch infotainment touchscreen leaning 10 degrees towards the helm. There’s a 16-inch curved digital instrument panel and an eight-by-three-inch heads-up display. The concept has racing front seats, fold-flat rear seats, a carbon fiber floor, and a panoramic glass roof. Unique touches like a lightning-bolt accelerator pedal, Blue Plasma & Silver stitching, and textured ambient lighting are part of the show.

The Dodge Charger Daytona SRT is ready for primetime enjoyment, but we’ll have to wait a bit longer to experience the world’s first electric muscle car. Parent company Stellantis is eyeing an early 2024 launch for the first Dodge performance EV, but we wish for it to come sooner if not to add some much-needed zest and drama to the burgeoning EV crowd.

“The Charger Daytona SRT Concept can do more than run the car show circuit; it can run a blazing quarter-mile,” Kuniskis said. “Charger Daytona does more than define where Dodge is headed; it will redefine American muscle in the process.”