2012 is a big year for Cadillac, as it launches it sedan “bookends” (for now, at least ) the ATS and XTS. The ATS is every one is focused on, and rightfully so. The 2013 BMW 3-Series is getting its stiffest product challenge yet, and from an unlikely source too. While 2012 is a big year, 2013 will be an even bigger one. It will bring launches of the de facto flagship Escalade, ELR and CTS. Cadillac appears to finally be getting its act together.

“These are fun, happy times at Cadillac,” says Don Butler, Cadillac’s top marketing executive, via The Detroit Bureau. “We’re expanding and elevating the brand.” Finally! Butler says that Cadillac is preparing to launch 10 new products over the next three years. 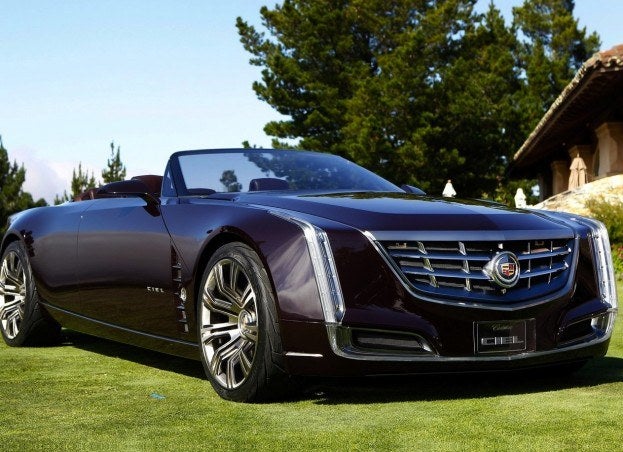 Last year Cadillac had (remarkably) just three model lines: Escalade, CTS and SRX. The promise of the past decade was squandered, as Cadillac failed to fill out its lineup with competitive products in the defined segments of the market. That is all changing now. Finally the ATS is aimed directly at the 3-Series, while the next-generation CTS will go for the 5-Series. While the volume segments are getting sorted out though, the foundation of a luxury brand in terms of image building is flagship products.

While the Escalade serves that role, Cadillac doesn’t have one in the traditional sense- and it needs one. At Audi, BMW and Mercedes-Benz the full-size sedan segment carries the standard for the brand. Cadillac is moving forward with the Omega flagship sedan, what Cadillac calls a “foundational” product. That means a full-size sedan in the mould of the Ciel. Cadillac views that as not enough though, with a plan to have three flagship model lines. They view one of them as the Escalade (welcome to the party, guys…), along with the sedan. The question is, what is the third? Possibly a new coupe. The Ciel, in four-door convertible form, would be a fantastic product to kick off a true Cadillac renaissance.