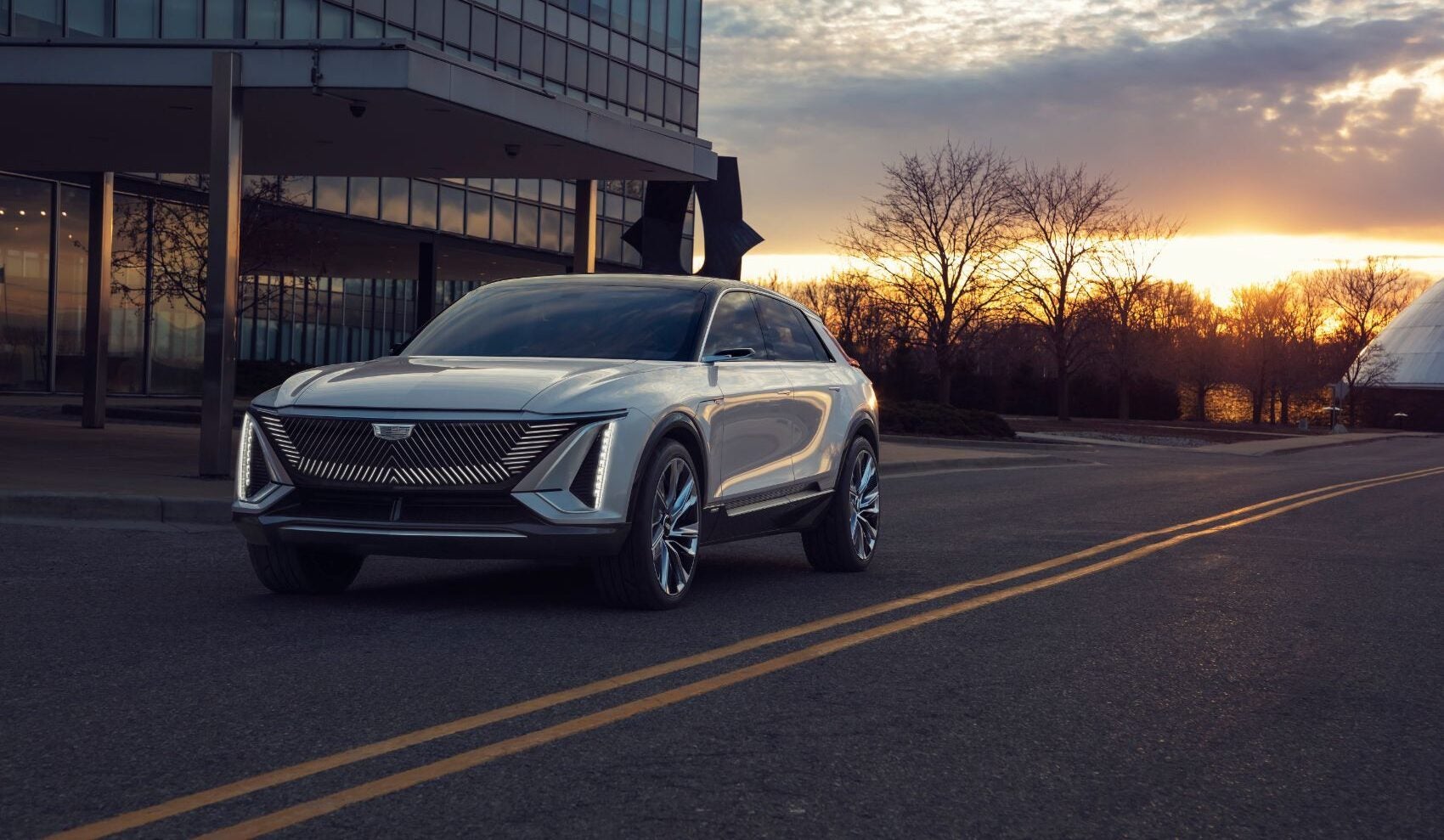 Don’t get me wrong, I particularly like the Cadillac Lyriq, and it boils down mainly to how it looks. My gosh, did Cadillac get it right this time around, huh!? But from how I see it, there are two problems. First, the Lyriq you see here is not due for production until 2022, and that’s an issue considering the EV market is moving at a rapid pace already.

And next, the Lyriq is a show car – or a concept, if you will – and Cadillac makes this clear in its press release. So yeah, you better hold your horses since the production model may deviate slightly from the concept’s futuristic design. However, we’re privy to the fact the Lyriq show car is 95 to 98 percent ready for production (fingers crossed). That said, perhaps what we see here in the concept is relatively close to what we will see when the Lyriq arrives in late 2022 as a 2023 model.

One thing is for sure, though: Lyriq is Cadillac’s first all-electric vehicle and forges General Motors into a new era of luxury, technology, and zero tailpipe emissions. “Led by Lyriq, Cadillac will redefine American luxury over the next decade with a new portfolio of transformative EVs,” said Steve Carlisle, Executive Vice President and President, GM North America. “We will deliver experiences that engage the senses, anticipate desires, and enable our customers to go on extraordinary journeys.”

Cadillac Lyriq: What’s In a Name?

The “Lyriq” moniker has musical roots. Next to Mercedes-Benz, Cadillac is the second most-mentioned car brand in song lyrics, hence the Lyriq name. What about the spelling, however? Cadillac wants to differentiate its electric offerings from gasoline-powered models by having names that end in ‘iq,’ hence Lyric became Lyriq. In fact, Cadillac’s next all-electric model is the Celestiq to keep up with the ‘iq’ naming game.

You won’t mistake the Lyriq for any other car brand, that’s for sure. The Lyriq has the essence of a modern Caddy with sharp lines, clean surfaces, an elegantly sloping roofline, and a wider stance. “The Lyriq represents the next iteration of the iconic brand’s styling, enabled by electrification, as only Cadillac can express,” said Andrew Smith, Executive Director, Cadillac Global Design.

The most striking feature is Lyriq’s black crystal front grille (a photo is in the gallery below). With no internal combustion engine under the hood, Cadillac designers had free reign to integrate a bold grille design complete with bespoke lighting elements. It also has slim vertical LED headlights with split-LED taillights. The whole shebang engages in a dramatic lighting choreography to greet you upon approaching the vehicle. Welcome to the future!

The Sound of Silence

Meanwhile, the interior is as modern as the exterior. Spanning almost the entire dashboard is a 33-inch LED display screen that supports over a billion colors. According to Cadillac, it has the highest pixel density of any display in a modern car. It also has a dual-plane augmented reality heads-up display and Cadillac’s Super Cruise system with supervised remote parking. “Inside and out, Lyriq is a thoughtful integration of design and technology and is intended to make every drive an occasion,” Smith added.

The Cadillac Lyriq is also introducing a new type of noise cancellation technology to maximize cabin silence. The new system acts upon current active noise cancellation technology, but Cadillac is taking it further by utilizing more microphones and accelerometers. It allows the system to specifically target the frequency of unwanted road noise and tire roar and cancel it out for a quieter ride.

The Lyriq comes standard with a 19-speaker AKG Studio audio system, complete with backlit speaker grilles to deliver a modernist touch. “With Lyriq we wanted to deliver a sound experience that would transport the driver from a vehicle into a recording studio,” said Hussein Khalil, Cadillac lead audio design release engineer. “With the AKG sound system, we can deliver this experience along with the quality and reliability that luxury customers expect.”

The Cadillac Lyriq is riding on an all-new, dedicated modular Ultium EV architecture. The Lyriq will be sold in either a rear-wheel drive (single motor) or an all-wheel drive (dual motors) configuration. Electrons are courtesy of an Ultium battery pack located in the lowest point of the chassis to drop the center of gravity while aiding handling and stability. Cadillac promises a near 50/50 weight distribution in the Lyriq, so we’re expecting it to handle like a sports sedan despite being a crossover.

Meanwhile, those Ultium batteries are made from nickel-cobalt-manganese-aluminum or NCMA flat pouch cells. It offers up to 100 kWh of energy and has DC fast-charging capabilities at over 150 kW. Cadillac says the batteries contain up to 70 percent less cobalt and are more environmentally-friendly than current GM EV batteries.

Waiting for the Sun

We’ve all been waiting for Cadillac’s resurgence since the late 1980s, and the new Lyric is ripe for the picking. But then again, it won’t be entering production until late 2022, and a lot can happen between now and then. If Nissan had the urgency to approve the Ariya from concept to reality in less than a year, we think Cadillac can do the same with the Lyriq.

Until then, good job Cadillac.