Trademark Sleuthing the Cars of the Future 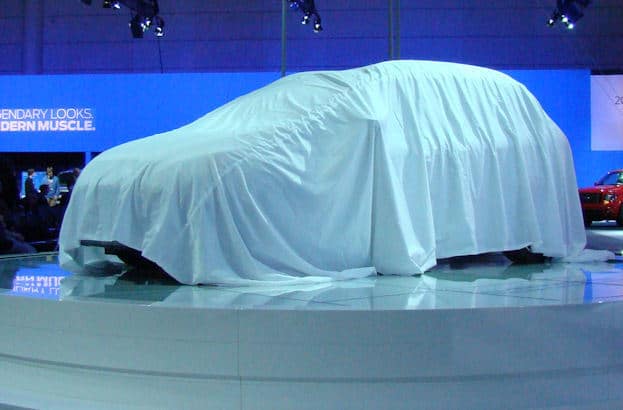 With much of the world busy guessing (and alarmingly betting on) the name of an unborn heir in a royal family, the automotive world braces for its own new additions. First coming at the 2012 Los Angeles Auto Show and to Detroit early in the new year, 2013 and beyond automobiles will see some brand new personalities emerged with many destined for dealerships. Instead of annoying a young woman and family with furious media attention, there’s considerably less wrong speculating on the yet to be released new products of a company.

Advance news on upcoming vehicles is compiled through a collective effort of automotive media insiders interviewing executives and/or spying on the development procedure of vehicles. Thanks to the trademark registration process in the United States, it is possible to get an idea of what might be in the minds of auto companies. Sometimes trademarks are acquired to preserve a famous, out of production vehicle for other monetary purposes. Ford Motor Company maintains and filed the ‘Thunderbird’ trademark in relations to a variety of merchandise such as collector coins in recent years. More thrilling, trademarked names can identify upcoming street vehicles before they have the covers removed for an official unveiling.

The following is a collection of United States trademarks currently associated with popular auto manufacturers may spoil suspense for what 2013 has in store: Appshop- Is General Motors preparing an endeavour into a new virtual marketplace? Trademarks attaching Appshop to three of General Motors’ four auto division (Cadillac not included) were filed earlier this year. The trademark registration describes the product as both computer software to manage connectivity for downloading software and as an online retail outlet. General Motors recently announced a revised version of MyLink would be equipped on the 2014 Chevrolet Impala but there is no mention of an Appshop or a similar functionality.

Cadillac LTS- Up until about the 1960s, Cadillac was as much a gold standard in global luxury as it was in American luxury. The Cadillac LTS could be future that will help the premier General Motors brand reclaim their spot on the world pedestal. Since introduction of their Sixteen concept car a decade ago, rumblings of Cadillac’s plan for a six-figure vehicle ultra-luxury sedan were apparent. Though the 2013 Cadillac XTS was introduced to market this year, possibilities of a higher tier vehicle continues be the source of speculation. With reports the four-door sedan is confirmed as a future model, we may not have to wait long to find out if Cadillac has a use for the LTS name.

Mach 1- A well-known accompaniment with the Ford Mustang in past years, the Mach 1 barrier could be broken for a future offering from the auto company. Connected to the Mustang pony car in 1969 to 1978, the name Mach 1 was revived later for a two-year run starting in 2003. The inclusion of the Mach 1 could be involved in ushering forward the next redesigned Ford Mustang. The Mach 1 name has a history for entering production ahead of major restyling. BMW 430- Today, BMW announced the concept presentation of the 4 Series as a mid-range sport coupe. However, the ‘BMW 430’ trademark was registered over a year ago. As BMW appears ready to cover single digit numbers Projected by the German company as an evolutionary existence for the automobile, the BMW i division is nearing production scale with their electrified vehicles. In relations to the BMW i sub brand, the full number range from i1 to i9 have been registered.

Chrysler 100- Defining their flagship sedan with the historically anchored ‘300’ badging since 1999, Chrysler placed a spin on their famously used number renaming the mid-sized vehicles as the 200 in the 2011 model year. It seems like inedibility that Chrysler will follow their new numeric system if they wish to add a new vehicle. Perhaps indicating that an entry level Chrysler product is close down the production pipeline, Chrysler 100 has been claimed for possible use. First thoughts would connect the Chrysler 100 with an upscale version of the newly released Dodge Dart.

EcoDiesel 3.0L- As of the 2013 model year, the only diesel vehicle available in the United States under Chrysler Group is a Cummins 6.7 liter turbodiesel in the Ram HD pickup trucks. With a recent trademark, the inclusion of a smaller diesel powerplant could be possible once again in some Chrysler Group vehicles sold in the United States. Registering the EcoDiesel 3.0L badge design, a new diesel engine connected to the branding could be used to power a 2014 Jeep Grand Cherokee rumoured to be part of the 2013 North American International Auto Show in Detroit. The powerplant could also be the propulsion for the upcoming Ram ProMaster work van. 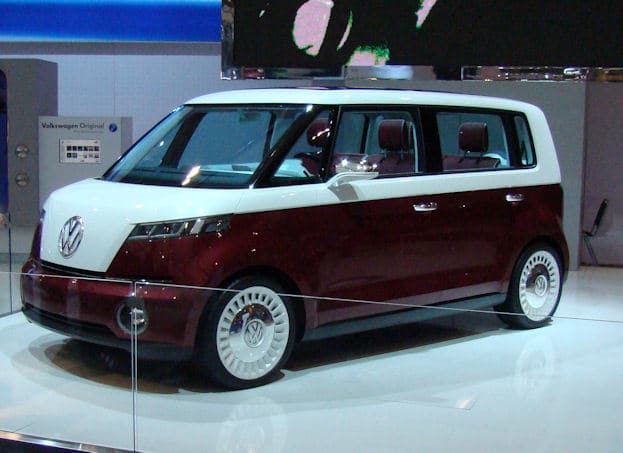 Nanobus and Microbus- Unveiled in 2011, the Volkswagen Bulli concept vehicle presented something exceptionally unique throughout last year’s auto show tour. A small corssover embodying the spirit of the 1960s Microbus, the Bulli concept was overall modern in presentation. Bringing the Bulli concept car to North America on occasions, Volkswagen tested the waters for the prospect sending this vehicle or a similar subcompact crossover into production. According to registered trademarks, Volkswagen has claimed both the Nanobus and Microbus names for use in a vehicle in the United States if market conditions are favourable.