Remember the big frenzy over the CTS-V Challenge from last year? The event turned out to be a public relations boon for Cadillac after Bob Lutz, on a company conference call, challenged anyone to a race in the CTS-V. Jalopnik accepted the offer and the CTS-V Challenge was born.

Cadillac invited other manufacturers to take part in the event at the Monticello Motor Club in New York, centered around the claim that the CTS-V was the world’s fastest production sedan.

Naturally, they declined to participate and instead the public was allowed to enter – with final entrants being the Audi RS4, BMW M5 and BMW M3. Now Cadillac is back on the track with the CTS yet again – but this time it is with the CTS-V Coupe.

The appearance comes as part of the Monticello Motor Club’s first annual Drift with the Supercars event. Cars like the Chevrolet Corvette, Porsche 911 GT3 RS and Mercedes-Benz CLK63 AMG Black Series showed up, as well as more plebeian vehicles such as the Nissan 350Z and Ford Mustang.

The fact that established clubs such as Monticello are getting involved with drifting shows its increasing prevalence as a segment of motorsports in the United States.

Yes, you read that right – a drifting Cadillac. The CTS-V has proved to be a strong competitor against its European rivals and with 556 horsepower from its 6.2L supercharged V-8, a good drifter too.

You can see it (and the other winners) drifting for yourself in this video below created by the Monticello Motor Club. 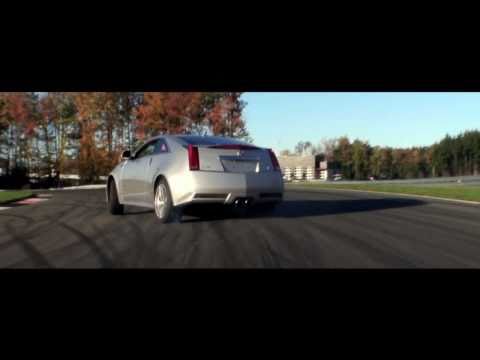