Street Legal Bumper Cars – You Can License Anything These Days 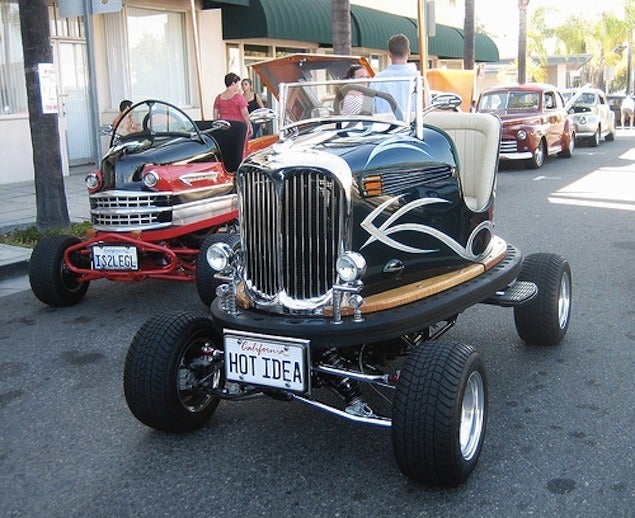 Automoblog main man Chris sent me an interesting email over the weekend. I looked at the pictures, and my first thought was of a guy who had a motorized barstool at a hot rod run I attended once, long ago. A non-gearhead friend of mine asked, in total shock, “Can you motorize something like that?” 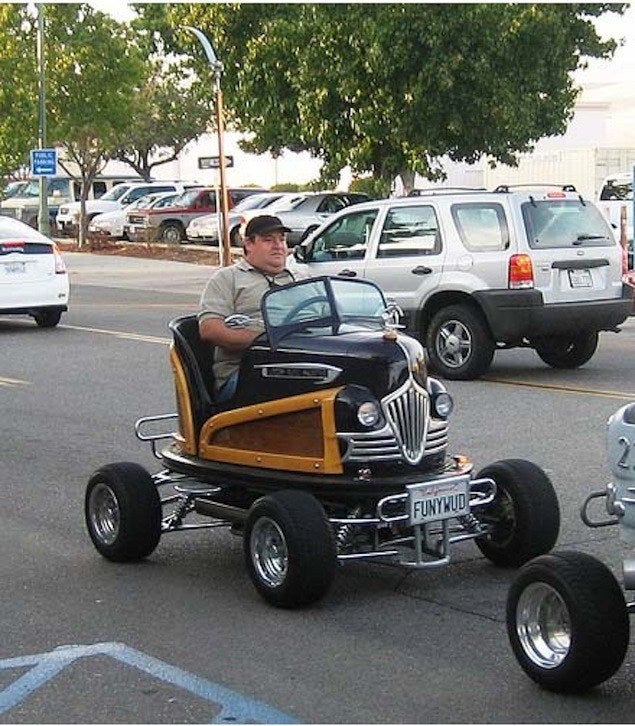 “Of course! You can put a motor in anything!” How could I say anything else? You inhabit this machine world long enough, and that becomes far too apparent. Motorized barstools seemed to be just the beginning. Take a look at what some crazies in California have accomplished: Motorized, wheeled bumper cars. And, judging by the license plates, the Golden State has no problem licensing them for use on the public roadways.

On the one hand, the (un-attributed) accompanying text states that ” … a couple have been measured as capable of 160 MPH, which is terrifyingly fast in machines with such a short wheelbase.” Which is indeed terrifying, but not all that unthinkable, given that the bumper cars you see here are motivated by four cylinder Honda or Kawasaki 750s. The move to JDM plants was provoked by the original engines, two cylinder Harley Davidsons, ” … rattled like heck because of the two cylinder vibration … ” according to someone referred to simply as “Tom”. 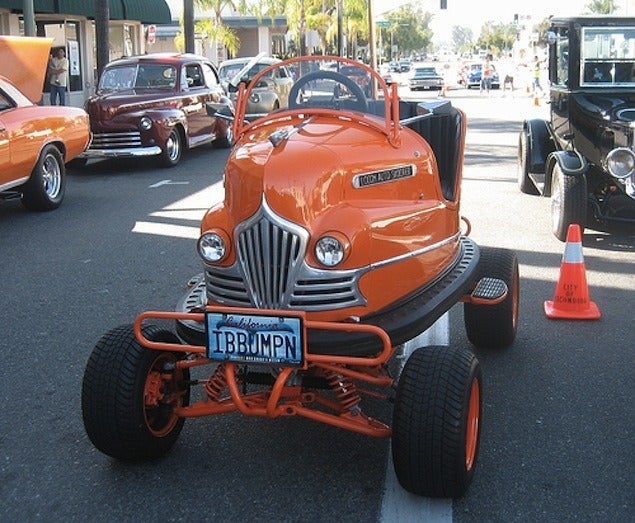 We can only surmise that “Tom” is the mater, er, “mind” behind this craziness. There are allusions in the email that the bumper cars were recovered from some place called the Long Beach Pike amusement park located “in the outskirts of San Diego” and that “Tom” felt the old, disused bumper cars “needed a more dignified end than the trash heap.” On that I can agree. I’m a firm believer in keeping things based on their aesthetic value alone. If they have some artistic, cultural or motivational value, then so much the better. 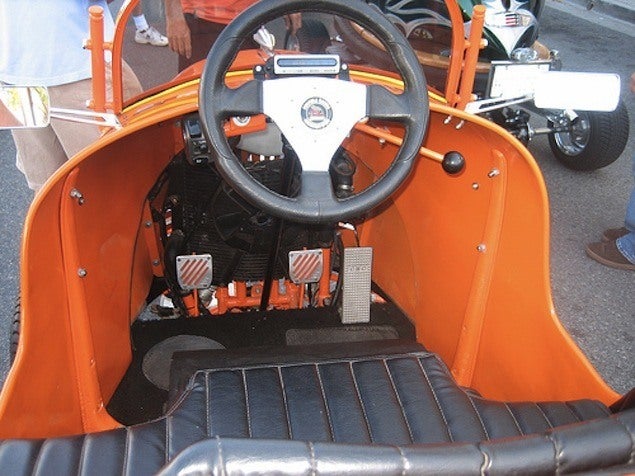 I’m not really troubled by that, or even the (alarmingly successful) fact that they got license plates hung on them. That’s great. That’s part of the fine hot rod tradition that makes being an American gearhead so, well, I’ll go with unique and special, yeah, unique and special, that’s it. 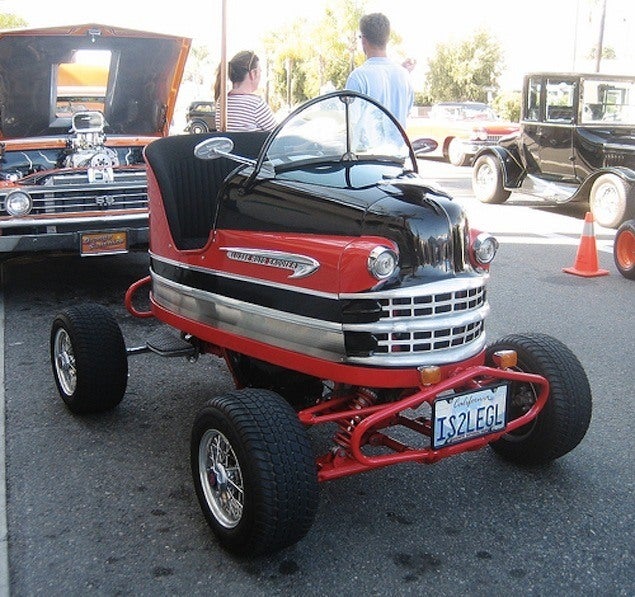 What troubles me is the “engineering” that I can make out from the supplied photos. The craftsmanship looks top notch, and not just the body and paint, but the chassis tubes and shock and brake installs look rather well done. And yes, I’ll interject that simply adding brakes onto these guys gives me a certain amount of comfort. It shows that this “Tom” fellow is only certifiable, and not suicidal. 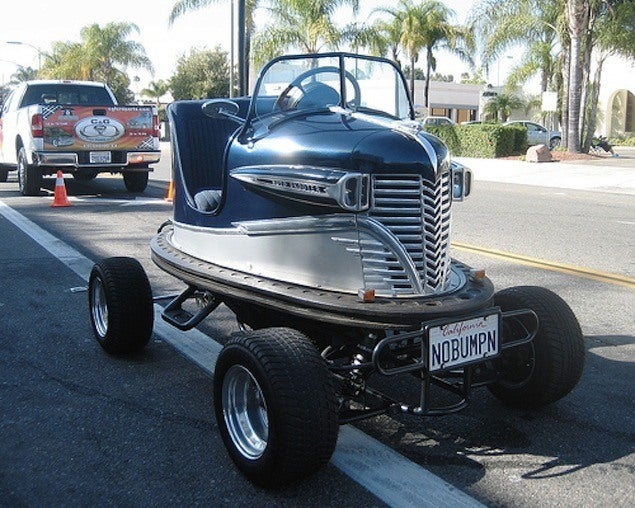 Anyway, is it just me, or does the roll-center and the center of gravity seem a tad high for something that has ” … been measured as capable of 160 MPH?” Sure, sure, that’s probably in a straight line, but I’d be hesitant to whip a quick u-ee in one of these guys doing 16 MPH, let alone something much faster. And although those brakes do seem rather nicely done, I’m sure that standing on the loud pedal for a block, whoa-ing one of these little critter up and hanging a 90 degree left would be an iffy proposition. 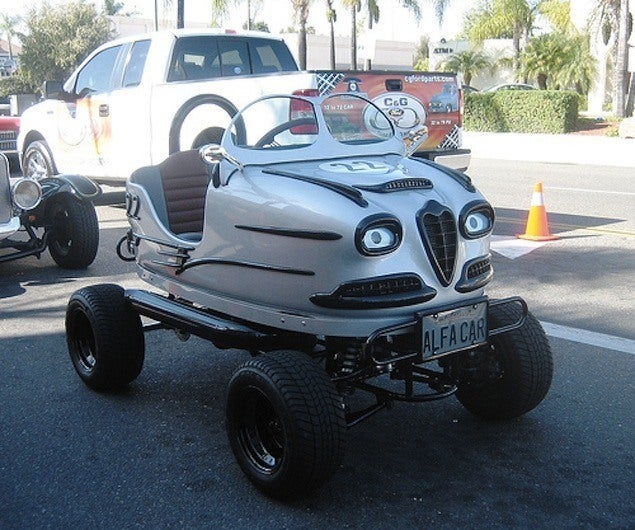 Then again, that is, in a lot of ways, the essence of hot rodding. Ever driven or ridden along in the passenger seat of a blown big block T Bucket? I have. And they are not the most directionally stable modes of transportation you can get. But that, as we all know, is what makes it “fun”. 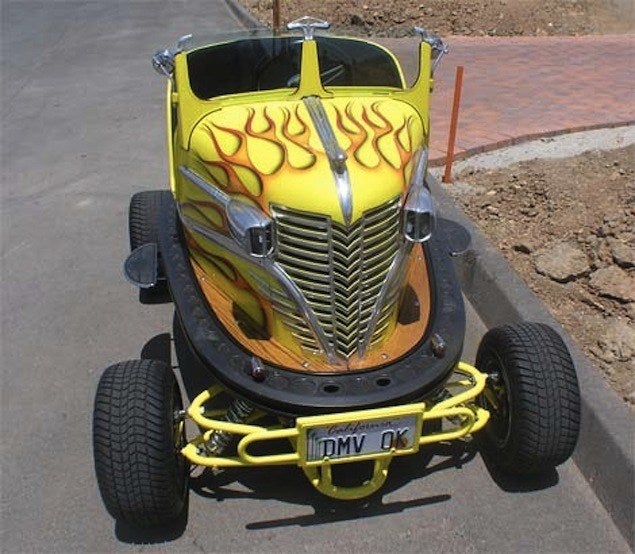 And I bet, when all is said and done, that driving one of these down to the cruise in or swap meet or that appointment with your clinical psychologist is a whole lot of fun. I just wish I could have been at the DMV when “Tom” and his buddies brought these in to get them licensed. 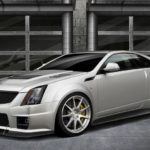 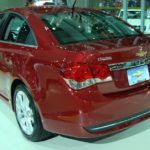 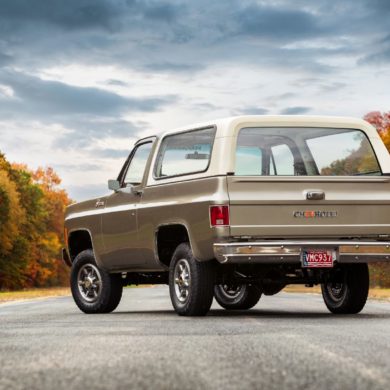