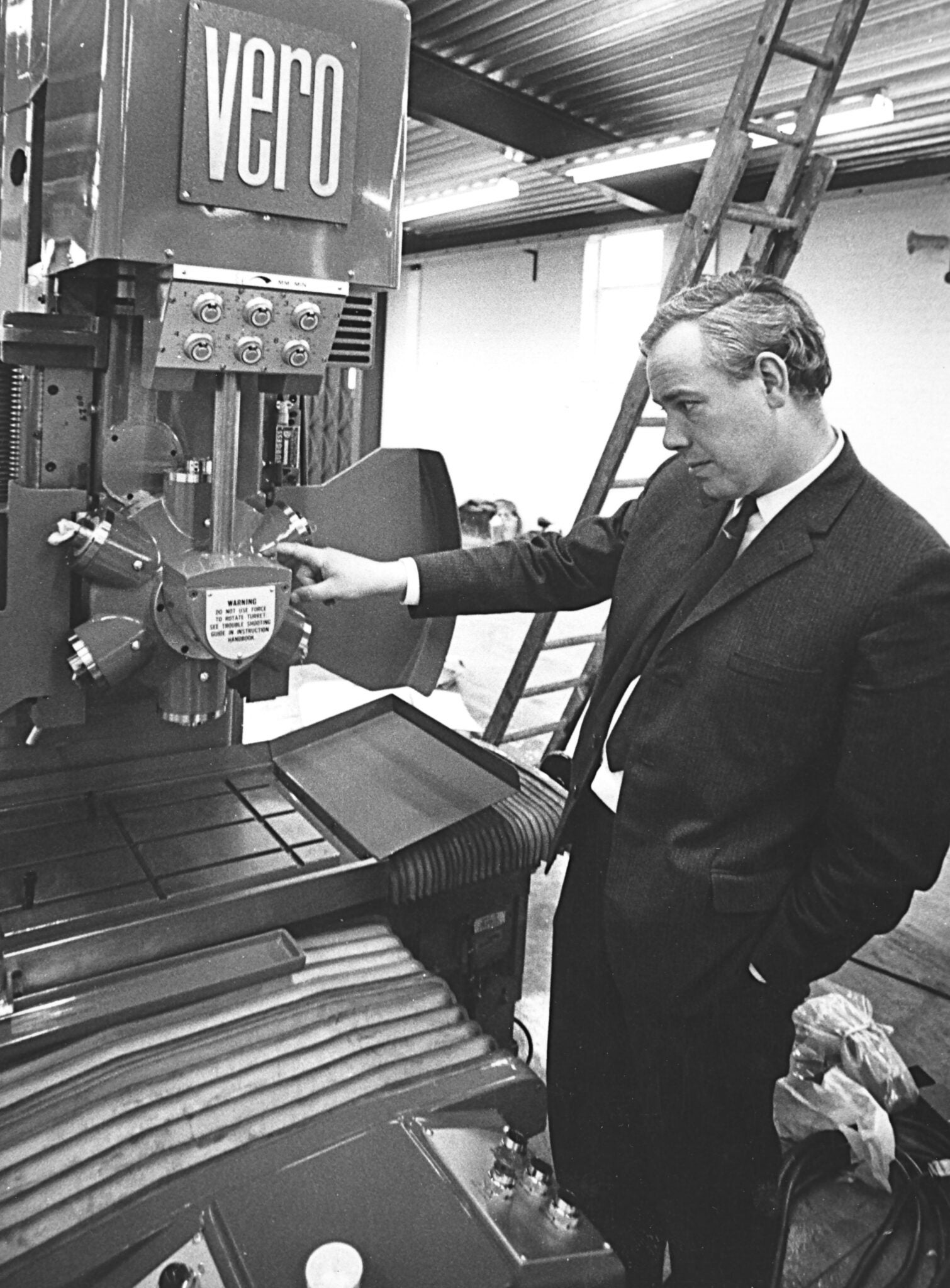 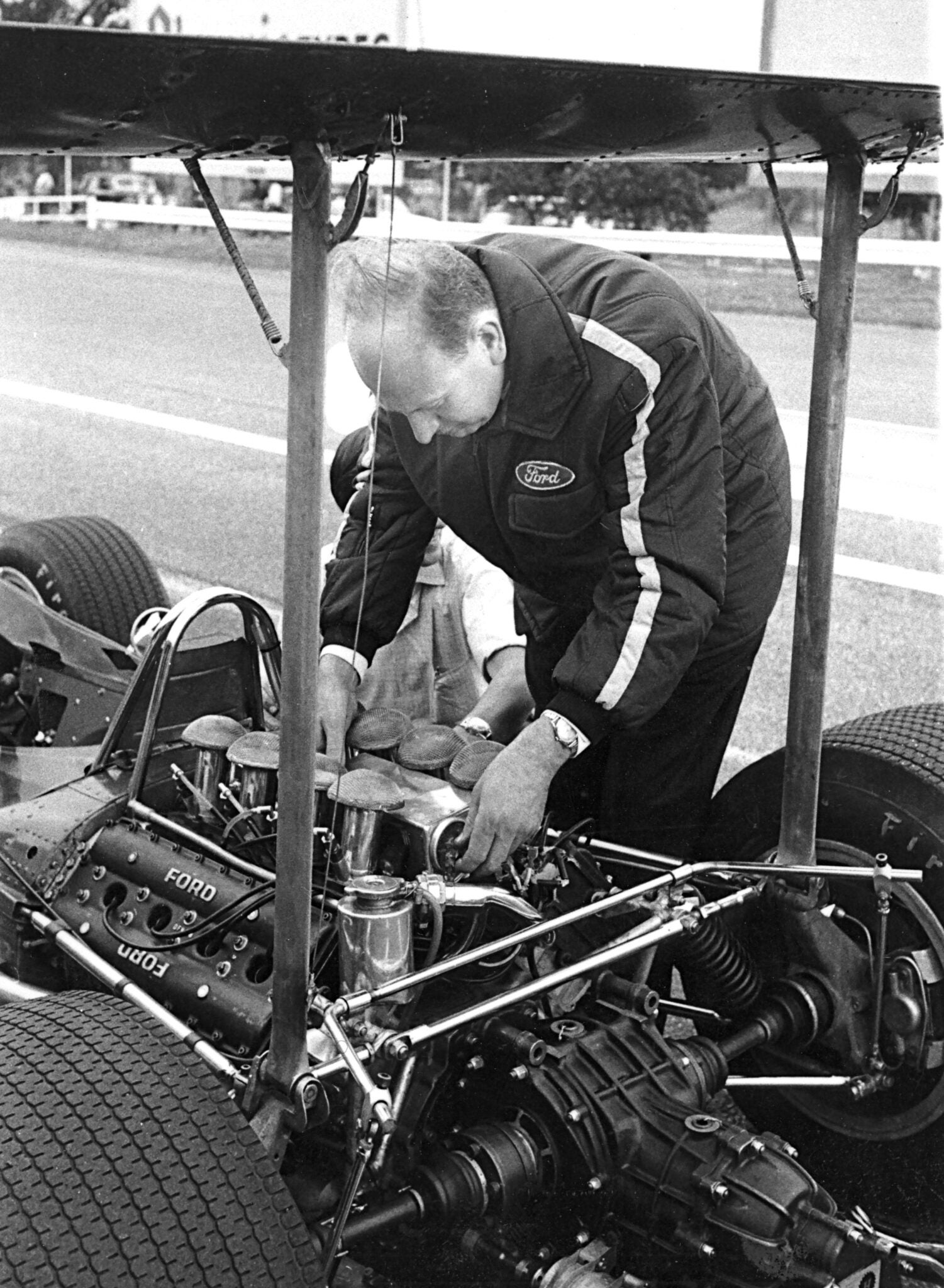 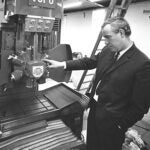 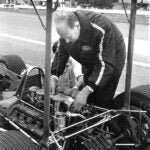 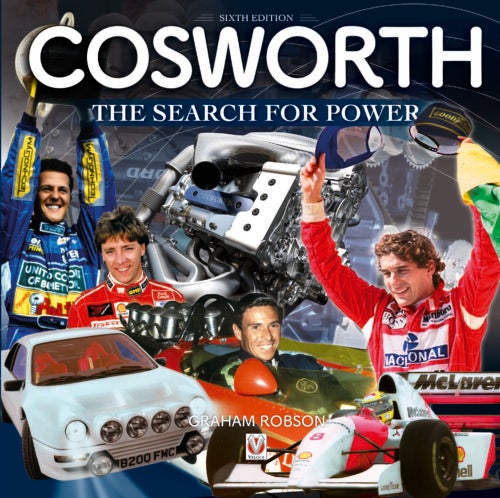 Affiliate Disclosure: As an Amazon Associate, Automoblog earns from qualifying purchases, including the book featured here. These commissions come to us at no additional cost to you. Our Book Garage series showcases what every enthusiast should add to their library.

By now, every gearhead knows the name Cosworth. The British engineering firm was started in 1958 by two engineers, Keith Duckworth and Mike Costin, with ambitions to go racing (hey, they could have called it Ducktin).

Cosworth: The Search For Power traces the company’s history from its early days to the present, where Cosworth is the go-to consulting firm for squeezing more of everything out of an engine. This is not to imply that Robson’s book is only a dry exercise in statistics, dyno sheets, and production numbers. Although Robson is an engineer and that’s his specialty, he also has more than 160 books to his credit and knows how to hook his audience with a good story.

Cosworth: The Search For Power is an engaging and human book, with plenty of quotes and stories peppered throughout, both in the main content and side-bars from various luminaries beyond just Keith and Mike. Robson has good quotes from managers, team principles, drivers, and even the money guys and investment types that got dragged into this business (and actually came out making money).

And yes, pictures, pictures, pictures. Cosworth: The Search For Power is filled with them. From the early days of the two main guys working in the aircraft industry (seemingly all British race engineers of the time came out of the aircraft industry), through small cramped shops appended to quaint British cottages, to the modern-day spaces that look like NASA run surgical wards. There are also photos of drivers and other famous figures from racing, but how did so many successful racers cross paths with Cosworth?

Duckworth and Costin’s philosophical approach set the racing world on its ear, going over every last nut, bolt, bit, and screw with a fine-toothed comb. Cosworth’s idea was simple. It wasn’t just about making an engine with all the latest cutting-edge performance techniques – double overhead cams, four valves per cylinder, alloy usage – and so on. Instead, it was about making the DFV Work with a capital W!

In their hands, the Grand Prix engine went from being a complex series of systems hooked up to an already complicated car to a simple, powerful, reliable unit. Cosworth didn’t invent the term “plug and play,” but they may as well have.

Now, all an aspiring Grand Prix entrant had to do was design a chassis and buy a Cosworth DFV, and bolt the durn thing in. It was literally that simple. It was like screwing in a light bulb. No more worrying about the center of gravity and fuel consumption and weight as those were now known values. An engineer could draft up a car, leave a blank spot for the engine, then literally go down to the Cosworth factory and buy one the way you would a loaf of bread.

Suddenly it wasn’t just Lotus running the DFV (they had exclusive rights for a season). Now it was people like Ken Tyrrell and the guys at March Engineering. Pretty soon, 85 percent of the starting grid used Cosworth DFVs. And hey, if it works in F1, then why not at Indy? Or chop the DFV in half and make a small block formula engine? Touring cars? Rally cars?

And that’s what Cosworth: The Search For Power is ultimately about. It’s about two extremely clever guys who built a better mousetrap, and the racing world beat a path to their door.

Look, this is a great book with loads of info and great photos. If you need the hardcore deets, there are three appendices, one of which lists every power plant the company ever made. With a picture of each! Cosworth: The Search For Power would make a wonderful gift for any car enthusiast in your family.

As of this writing, you can grab a hardcover on Amazon for $65, with used copies going for a little less.

Cosworth, The Search For Power Info