Apex: The Story of the Hypercar Review: Good Way To Get Your Fast Car Fix! 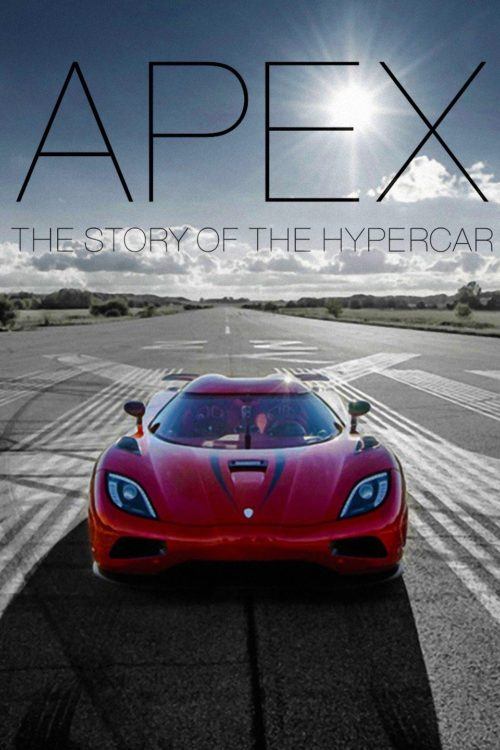 At the most basic level, this is a beautifully-shot and wonderfully-edited documentary. Sure, there are other layers to it, but really it’s a bunch of beauty shots of fast cars with accompanying (and glorious) engine sounds. Add in a bunch of car geeks and builders narrating about what makes a hypercar, and you have a perfect gearhead movie for a Saturday night at home.

Perhaps it’s worth explaining briefly what is meant by the term hypercar. A hypercar is basically the next step beyond a supercar. The Ferrari 812 Superfast and Porsche 911 are supercars, or super-sports cars. If you go even crazier and build something like a LaFerrari or a 918 Spyder, then you get a hypercar.

That’s what this movie looks at. The rarified world where only limited-production, high-horsepower cars will satisfy.

The linchpin of this film is the Koenigsegg car company and its main man, Christian von Koenigsegg. This is a good decision and makes the film all that more interesting. In a lot of ways, we already know what Ferrari and Porsche are doing. We know their long and successful histories on and off the track. By looking at a newer company like Koenigsegg, we are offered the opportunity to see things through a fresh set of eyes.

When you approach the engineering challenges here with a blank sheet of paper, and with as few preconceived notions as possible, true innovation can flow. Or at least that’s what people like Christian von Koenigsegg seem to be getting at.

And kudos to the boutique automakers from Sweden for building everything in-house. It has long rankled me the number of carmakers that might make a frame and body panels, but buy everything else – the engine, suspension bits, brakes and such – from other suppliers.

Koenigsegg makes everything themselves. The chassis, body, engine, and transmission are all designed and built in-house, in Sweden. Shoot, Koenigsegg even makes their own wheels and get this: they make them from carbon fiber.

Along the way, we do check in with Porsche, McLaren, and Ferrari to see their hypercars, the 918 Spyder, the P1, and the LaFerrari. There’s also a nice diversion with Horacio Pagani and his wonderfully-baroque and super-fast cars.

In some ways, Pagani and Koenigsegg are two sides of the same coin. Two guys building the fastest boutique hypercars they’re capable of, in their own very individualistic ways, yet arriving at the same place.

I mean, if you put them on the track together, there’s not much separating the Koenigsegg One:1 from a Pagani Huayra, but the cars are night and day different, aesthetically speaking.

As I mentioned earlier, Apex: The Story of the Hypercar is filled with a number of beauty shots. However, J.F. Musial and Josh Vietze who directed the film don’t stop at just that. They take time to explore the in-depth questions, in particular the why: as in, why are people drawn to cars like this in the first place? Is it an ego thing? Maybe it’s pride?

If you look at racing documentaries from the 1950s or 60s, the psychology of “Why are you even doing this?” is barely touched on, if at all. It’s as if that was a taboo subject or, perhaps, just beyond society’s capacity for self-reflection at the time. Musial and Vietze do not have that issue with Apex: The Story of The Hypercar, and the film is all the better for it.