Compared to say, Lamborghini, Ferrari has a much more plentiful lineup. There’s the FF, California, 458 Italia, 599 GTB Fiorano and the 599 GTO. The Gallardo and Aventador are Lamborghini’s two models. The Gallardo competes head on with the 458 Italia, but when it comes to the Aventador there isn’t a direct competitor at Ferrari. The top dog for Ferrari is the 599 GTO, which is the fastest road going Ferrari ever built. Being front-engined, it is a totally different animal to the Aventador however. Autocar reports a new mid-engined model is coming though as a successor to the Enzo.

Chief Executive Officer Amedeo Felisa confirms the car is being developed, and that it will indeed have a mid-mounted V-12 engine once again. V-12 power trains are currently only found in Ferrari’s front-engined vehicles, and thus Felisa says the new model will “satisfy purists.” 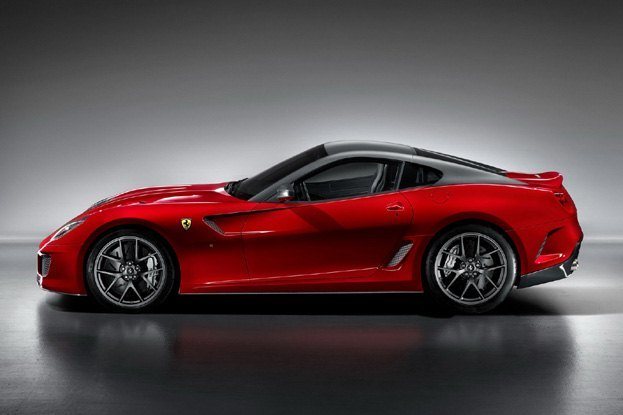 If all goes well it should satisfy pretty much everyone (some will always complain). Hybrid power is being considered, and prototypes with hybrid systems are currently being tested according to Felisa. To save weight, the new super car could employ carbon fiber. The use of this material is something being pioneered by Lamborghini and McLaren. Lamborghini has yet to employ it on a truly wide scale though; McLaren utilizes it heavily in the MP4-12C, a competitor to the Italia.

Despite that, Felisa plans to limit the use of carbon fiber to only Ferrari’s most high-end models at this time, saying: “Today it does not make sense….the weight benefits compared with an aluminium chassis [such as the 458’s] are very small and the costs are huge. In the event of an accident, it is also very difficult to identify whether the chassis has been damaged.”

We’d imagine McLaren would have a little something to say about that. Ferrari’s been in this business a whole lot longer though, so we’ll see have to see how things shake out. As for the new super car, Ferrari chairman Luca di Montezemolo confirmed last week that it would be revealed before the end of 2012.