Depending on their desire for freedom, criminals have had a penchant to elude the police and in many instances have vehicles that give the local police a run for their money. However, in some countries, the police have some of the coolest police cruisers that can make many criminals exceptionally envious. However, not all of the vehicles are able to be used on most streets but they do have the capability to chase down crooks in some of the fastest pursuits possible. 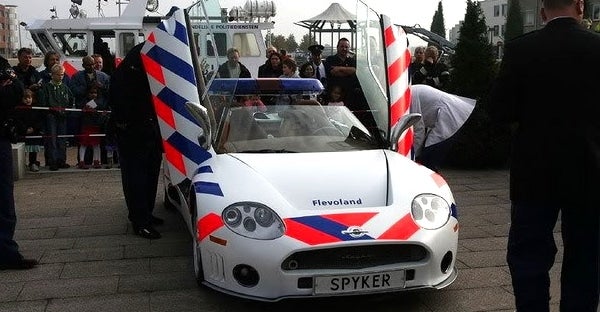 10. Police in the Netherlands have a hand-built Spyker C8. The Spyder Roadster uses a V-8 Audi 4.2 Liter power plant to push this cruiser to its limits in terms of speed and handling. However, it doesn’t quite have the same curb appeal as: 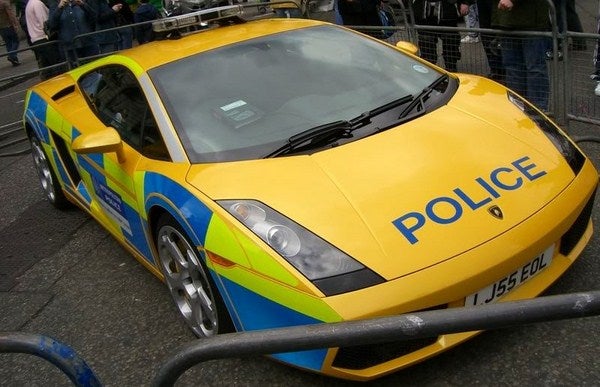 9. Lamborghini Gallardo. Two vehicles in London’s Metropolitan Police have been used since 2005 and 2006 as publicity, provided by Lamborghini. Often referred to as the Yellow Gallardos they bear the yellow and blue markings and are fitted with a small light bar. They are not however, used as part of the department’s regular cruiser force. 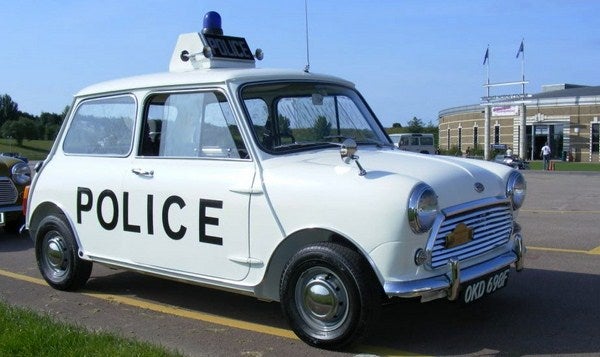 8. There’s not much that can be said about the Mini Cooper version of a police car, other that their power plant and sturdy frame can take them many places that traditionally sized police cars can’t go. 7. For luxury, the Lexus IS Humberside features a 5 Liter V-8 with a top speed of 168 miles per hour, although it could be faster except for the electronic governor limits. The extra communications equipment and computers in the vehicle has not slowed it down any and aids officers in their pursuit of the ne’er do wells. 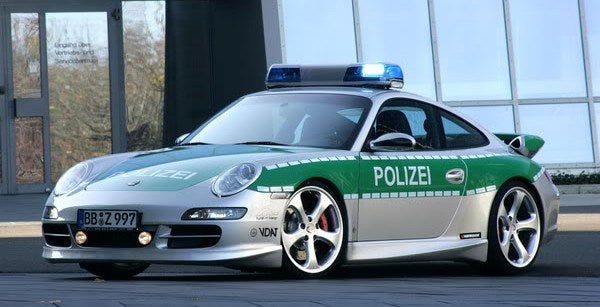 6. Not many crooks can take their eyes off a Porsche Carrera S, especially when it’s flashing red and blue lights in their rear view mirror. This cruiser was used in Germany to attempt to promote car safety as well as some of the illegal methods car lovers use to outfit their vehicles. 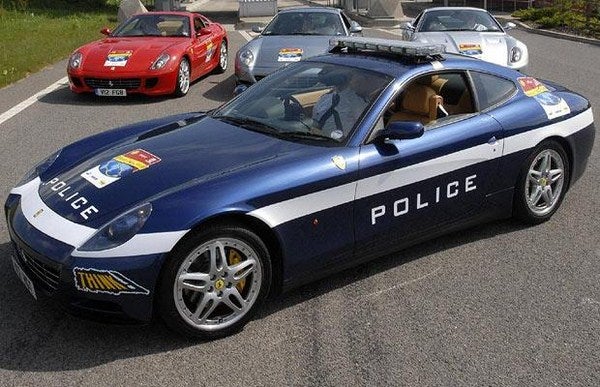 5. With many car companies developing show vehicles, putting together police cars, Ferrari wasn’t left out of the loop with its 612 Scaglietti HGTS. The special cruiser, housing the V-12 four-seat vehicle was part of its 60th anniversary parade through the United Kingdom. 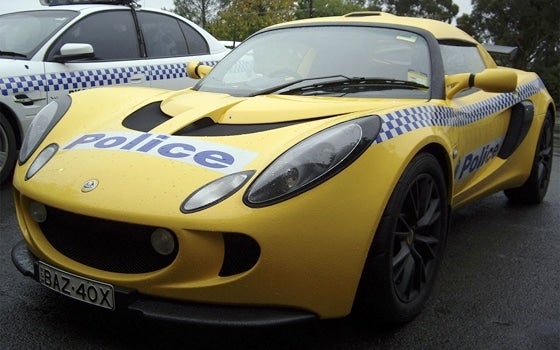 3. The Mitsubishi Evo-X Lancer offers more than just performance and power. Its image plays a strong part in disturbing crime on the Yorkshire streets in the United Kingdom. The sight of the vehicle is often enough to eliminate the need for a high-speed chase. 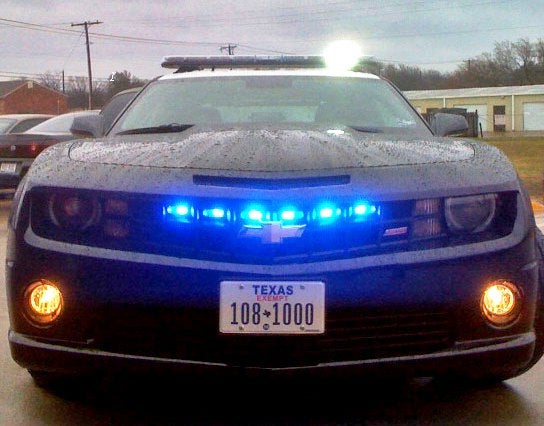 2. Only one U.S. vehicle, the Chevrolet Camaro is considered one the coolest police vehicles, but this one, built on a Camaro SS frame, a local car shop built this vehicle for the Haltom City, Texas department and has a muscle-car influence in the community. 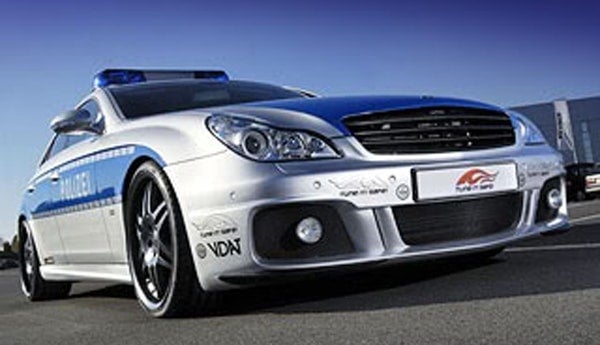 1. The number one coolest police car is the 225-mile per hour V-12 housed in a Mercedes CLS Brabus Rocket. It was built for a safety campaign in Germany, but it still causes excitement when it is seen at motor shows around the world.

The Article is a contribution by John Smith; John has a passion for cars and technology, he often looks out for new and innovative technology. His great knowledge makes him an avid writer as well.