National Holiday Reminds Us Why Stick Shifts Are Awesome

Back in the day – as in 1994 – my friends and I loved the arcade hit Daytona USA. The Sega-developed racing game placed you in a large, car-like structure complete with a Motorsport-style seat and steering wheel. It was the first 3D racing game of its kind. In terms of video game development and graphics, Daytona USA was ahead of its time. The Saturday afternoons at the local bowling alley melted away in spectacular fashion, thanks to the sublime visuals and sensational wrecks. You could chose from different views via the “VR” buttons; ones above the car or right inside the cockpit, for example.

And you could chose between an automatic or manual transmission.

Of course, my friends and I would slam away on the four-speed stick located just below the screen and off-set to the right of the steering wheel. There was no “well, the advanced technology in the automatic makes it faster” . . . no, none of that. Top Daytona USA bragging rights went to the person who won the race with the manual shifter. Plain and simple. Such love and appreciation for the manual transmission is the inspiration behind National Stick Shift Day, this coming Tuesday, July 16th. Cars.com launched the holiday last year to celebrate the times we had to shift our own gears; or as some might call the good old days.

“We’re bummed by how they’re slowly vanishing from the market, especially here in the United States,” explained Joe Wiesenfelder, Cars.com Executive Editor. “We created National Stick Shift Day hoping to inspire other fans to come out in support of stick shifts and perhaps encourage others to learn how to drive and consider buying them.”

Ahead of National Stick Shift Day 2019, Cars.com conducted a survey of more than 1,000 consumers. Participants shared their thoughts on manual transmissions despite automatics being more common. Interesting enough, 78 percent can actually drive a manual, while 72 percent say it’s something everybody should learn. 48 percent said they would gladly learn if given the opportunity.

“At minimum, people who learn to drive stick have a feeling of accomplishment and they’re prepared in case they find themselves in a situation where they need to drive a stick, either in an emergency or when traveling abroad,” Wiesenfelder said. “We also believe a manual driver is a more engaged driver and, arguably, a better one.”

Cars.com then analyzed internal data to determine the top five most-purchased stick shifts on their website. Leading the way is the Subaru WRX, with the Honda Civic and Ford Mustang following closely; then the Civic Si and Jeep Wrangler Unlimited. Wiesenfelder says they were a little surprised to see the list shake out the way it did.

“Until we dug a little deeper and thought it through, and in short order things started to make more sense,” he continued. “The Subaru WRX as a whole doesn’t sell in volumes as high as the Civic, Mustang or others, but it is very much a performance-oriented model that appeals to enthusiasts, and those are the drivers who are drawn to manual transmissions nowadays.”

No Love For The CVT

The Subaru WRX is available as an automatic, however it’s a continuously variable transmission. According to Cars.com, nearly 85 percent of WRX models are sold with the manual, the highest rate for any nameplate offering both transmission types. Wiesenfelder says this is because CVTs in any form, from any manufacturer, are the opposite of what driving enthusiasts want. Last year, Subaru overhauled the WRX’s six-speed manual with a new synchro design to enhance shifter feel and clutch take-up.

“Similarly, the Civic Si comes only as a stick shift, so it places high in the list of manuals despite its relatively low overall sales,” Wiesenfelder added. “People may think of the Ford Mustang and Chevrolet Camaro first as sports cars, but these volume-sellers are also popular for cruising and come in convertible versions as well, which have historically leaned more toward automatic transmissions.”

By comparison, the top five most-viewed vehicles with a manual on Cars.com differed slightly from the five most-purchased. Of the most-viewed, the Ford Mustang led the list with the Camaro and Corvette following behind. Spots four and five belong to the Jeep Wrangler Unlimited and Dodge Challenger.

Last year, Hagerty began hosting a series of town hall discussions on the importance of driving. Autonomous vehicles and their impact on society was one of Hagerty’s first such discussions. Wayne Carini of Chasing Classic Cars and former General Motors Vice Chairman Bob Lutz served as panelists. At the same time, Hagerty commissioned a survey in response to the development of autonomous vehicles. The poll consisted of millennials, Gen Xers, and baby boomers.

“One of our goals will be to work with policymakers so that years or even decades from now when the bulk of cars are fully autonomous, the act of driving is protected,” explained McKeel Hagerty, CEO of Hagerty, last year. “We also want to facilitate the discussion about what driving looks like in the future – now’s the time to have those conversations.”

In that survey, 79 percent of all respondents from ALL generations are still passionate about driving. 81 percent said learning to drive is a rite of passage worth preserving. Still another 85 percent said driving is an important part of American culture; the same percentage said they want the option of driving a car themselves, autonomous or otherwise.

“Having covered self-driving tech for 20 years, I don’t think autonomy is going to overtake the market anytime soon,” Wiesenfelder said. “But if it ever does, I wouldn’t expect driving enthusiasts to hand over the keys quietly.”

“I believe going through driver’s training and getting your license is important for young adults. It not only teaches them a skill but also teaches them responsibility,” added Lauren Witt, a Detroit-based Automotive Product Specialist who works with manufacturers on their consumer ride-and-drive programs. “For most, it is their first step towards freedom and adulthood.”

Indeed, automatic transmissions are superior today to manual ones in terms of performance and efficiency; more gears, wider ratios, and computer technology has made that possible – but it’s only part of the equation. National Stick Shift Day digs at something a little more – something even the best technology cannot replicate. In American culture, there is an ever-present image of a father teaching their children how to properly care for and drive a car. At the center is often a manual transmission, especially for those who grew up in a rural area.

In the Cars.com survey, 67 percent said they learned how to drive a manual transmission from their father.

“I counted down the days until I got my driver’s license; then when I was 17 my dad taught me how to drive a stick,” Witt said. “So for me, driving really was and is an experience and skill I love and take pride in. I’m excited to see what happens with autonomous vehicles, but they can’t replace the feel you get when actually driving a car.”

Wiesenfelder says don’t worry about this – it’s part of the process when leaning to drive a manual. “There’s really no way around it,” he adds, saying first-timers need to take it in stride. Understand even though gears may groan and the engine may stall, you probably won’t break anything. In other words, it’s not the end of the world. If you’re feeling shifty for National Stick Shift Day, watch Wiesenfelder’s video below. By the time you are done, you will be an old pro.

“Though we’re clearly advocates for manual gearboxes for many reasons, we’re journalists first and foremost, so we have to make clear that manual transmissions are seldom the consumer’s most fuel-efficient choice anymore,” he added. “If you’re buying a stick-shift car, it’s probably for your own enjoyment – or to lower its odds of being stolen by a millennial.” 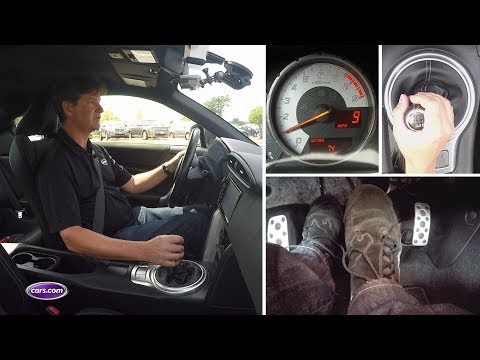 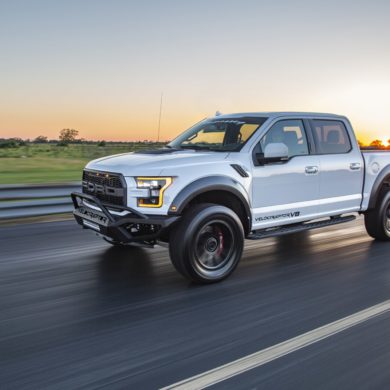