Ah, the Monterey Vintage Weekend is right around the corner, and that means a whole bunch of good things. There’s the races out at Laguna Seca, the Concours at Pebble Beach and the Concorso Italiano (is that still at The Quail?), and of course, auctions. And no, these aren’t you’re run of the mill Barrett/Jackson BS where some strip mall developer from Cheboygan drops $152,000 on a Z28 (further pricing well meaning but underfunded gearheads like me out of the market). No, these are serious auctions, where guys drop well into the seven-figures on cars that were nearly obliterated by the Nazis.

Or, as in the case of the car we are ogling here, built by Nazis. Okay, that’s unfair to stretch it that far. The Nazis only funded Mercedes Grand Prix program in 1937, which is when this car rolled out onto the Autobahn. They didn’t pay for this car to be built. Still, Germany in 1937 was a society on the brink of violent destruction, they just didn’t realize it yet.

The fact that a society that was burning books by the pile, calling people like Matisse and Picasso “degenerates” and hauling off political opposition leaders to Dachau for their own “protection” could produce something like the Mercedes-Benz 540 K Spezial Roadster at the same time makes the mind real.

Seriously, just look at this thing. There Germans get a lot of stick for having no aesthetic sense. And, as an Italian, I can say “deservedly so” in 99% of the cases, but the Mercedes-Benz 540 K Spezial Roadster is most definitely one of the 1% that’s left over. 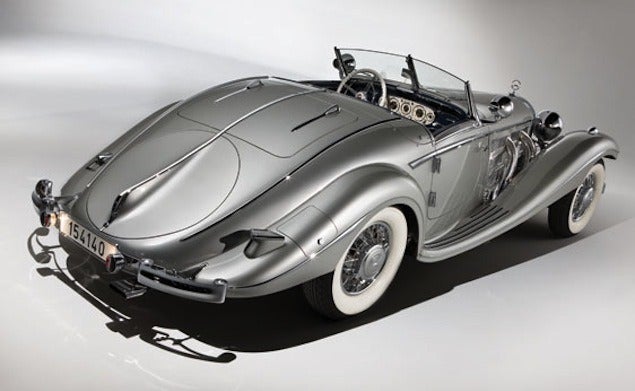 Damn, the last time I saw curves like that on a German her name was … well, I’m a gentleman, and I won’t name names, but for the love of God, that’s a very pretty car. And get this, R&M auctions is not going to be auctioning off just one Mercedes-Benz 540 K Spezial Roadster, they are going to be rolling FIVE of the big Mercs across the block down in Monterey.

One of the most beautiful automobiles ever built, the 1937 Mercedes-Benz 540 K Spezial Roadster is the one you see pictured here. It was designed by an outfit called Sinderfingen and one of only three (yeah, THREE) known to exist in this configuration: high doors, long tail, covered spare wheel and tire and, curiously, left-hand drive. It’s motivated down the Bahn by a 5.4-liter supercharged straight-eight engine that produces 180 horsepower. Yeah, laugh while you can, you little known nothing millennial dweeb, back in 37, that was some serious grunt. The roadster’s rarity and extraordinary desirability should guarantee eight-figure bidding say the folks at RM, and it might just break the record for the highest price ever paid for a Mercedes-Benz at auction. 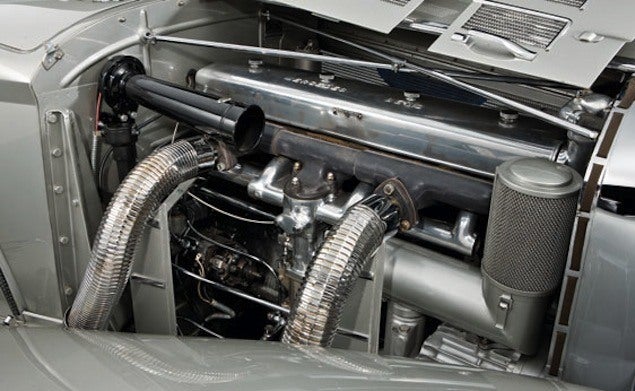 Also, they will be auctioning off a dashing 1936 Mercedes-Benz 540 K Sport Cabriolet. The body was also done up by those Sindelfingen guys and gets its sporting look from an extremely low windshield, a swept-back radiator treatment and twin spare tires mounted on its truncated rear end. On top of that, it is one of just a small number of transitional 500 K/540 K sport cabriolets but this one features the then-new 540 K supercharged engine.

With its rich red paint and tan leather interior, the 1935 Mercedes-Benz 500 K Roadster known as “Berlin Motor Show Car” has a value estimated by RM between $4 million and $5 million. This car was the centerpiece of the Mercedes-Benz stand at the ’35 Berlin Motor Show, so that lends it an even shinier level of desirability. 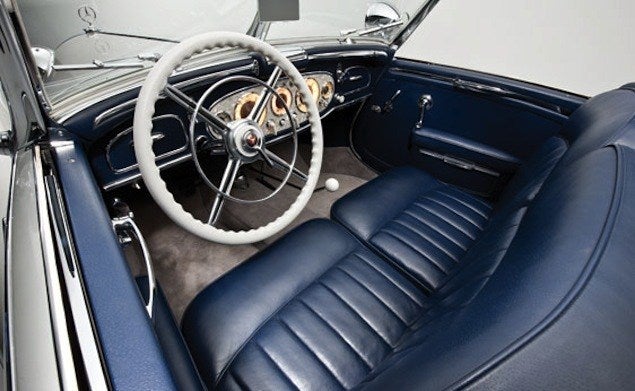 RM will also auction off a 1936 Mercedes-Benz 540 K Spezial Coupe. Also a former showpiece, this one displayed at the 1936 Paris Salon, the 540 K Spezial Coupe was also done by Sindelfingen, and was one of very few coupes built on the 540 K chassis. Estimated price? That would range from $3.25 million to $4 million.

My fantasy/lotto garage just got a little more crowded.