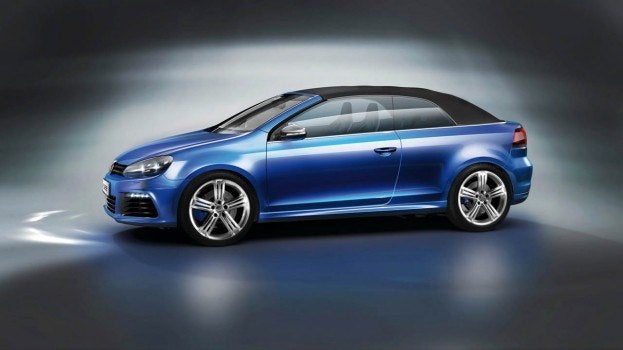 Each year, Volkswagen fans gather at Lake Wörthersee in Austria for an enthusiast show car event. VW, sensing a prime opportunity to engage with its fan base, takes part in the event on an official basis.

Moves by the company have been made to appeal to this base, with enthusiast-focused models like the VW Golf GTI Edition 35. Sister brand Audi unleashed the 500 horsepower A1.

The company recently introduced a new next-generation Golf Cabriolet. Now, the company is teasing a “concept” of a Golf R version of the droptop at the event It is officially called a concept because VW hasn’t approved it yet for production. Decision to move forward on the model will reportedly be based on reaction from potential customers at the show.

The car is fitted with the same 265-horsepower 2.0-liter four-cylinder engine from the Golf R, and that makes for the fastest VW convertible ever.

0-62 mph comes in less than six-seconds on its way to a top speed of 155 mph. A unique thing about the car’s engine is the impressive amount of torque it generates: 258 pound feet from a low 2,500 rpm.

The exterior of the concept car is differentiated by unique 19-inch alloy wheels, upgraded 17-inch brakes and a dropped suspension. The paint is finished in a signature R Color, “Velvet Gray Metallic.” It sure looks like blue to us! The official line is this is a concept, but we think its likely a VW Golf R Cabrio will be hitting dealers (in Europe only though) in the near future. 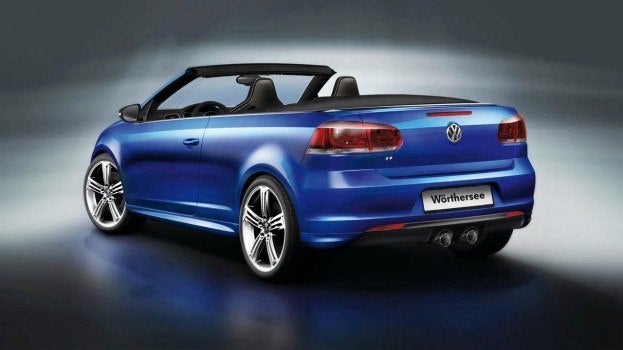