Chrysler has turned around a lot faster than most in the industry imagined. Sales for Dodge, Chrysler and Jeep are all up by big margins, led by new and refreshed models like the Jeep Grand Cherokee and Chrysler 200. The Fiat 500 misfire notwithstanding, Chrysler has experienced a good success rate.

These models are powered by Chrysler’s Pentastar V-6. This engine was talked about a lot leading up to its debut because it was an all-new unit. The 2010 Grand Cherokee was the first model to be powered by this engine. Since then, Chrysler has introduced it in a host of other models.

At Dodge there is the Avenger, Caravan, Challenger, Charger, Durango and Journey. At Chrysler there is the Town and Country, 200 and 300. The Pentastar is a powerful unit, making 283 horsepower from 3.6-liters. Today, an important milestone has been reached. 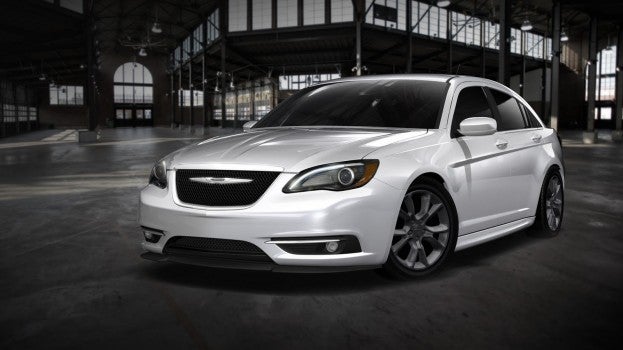 In 18 months of production, 1 million units have been produced. This is especially impressive considering it was only launched in one model at first. Availability has slowly expanded across the company from there – for instance the 2012 Jeep Wrangler just got the engine.

Production has taken place at two plants – primarily at the Trenton Engine Assembly Plant but also at a Chrysler factory in Saltillo, Mexico.

Brian Harlow, head of Chrysler Powertrain Manufacturing, says: “To build one million of anything, and in an impressively short amount of time, is a significant achievement. But to do it with such a high degree of quality is a testament to our skilled and dedicated workforce at both Trenton South and Saltillo engine plants.” So far, the all-aluminum engine has been received very well by consumers, with good reliability scores as well.m

The Pentastar has replaced numerous legacy power plants – six in total. Streamlining like this helps increase profitability and economies of scale. Not to mention, it is much smoother and more powerful than what Chrysler had before. Sounds like a winner!