Do You Own America’s Most Embarrassing Car?

There are more than a few cars that I cringe at when I see them rolling down the road, always wondering “WTF were they thinking when they made that monstrosity?” But the fact that people still buy the damn things proves how terrible our tastes are.

To be fair, each car is made for a demographic, and the most hated cars tend to have the most people who love it and don’t give a damn that 90% of the population thinks it’s the ugliest thing on the road.

Surprised? Me either. It “won” by a landslide.

Some of the reasoning behind picking the Smart: “Looks like I couldn’t afford a full-size car”, “too girly”, and “downright ugly”. I imagine most of the people who drive them think they’re cute.

While I’m not crazy about the Smart, there are certainly worse offenders. And here they are:

No surprise here either, and personally, I’d rather be seen in the Smart than this asymmetrical weirdo. 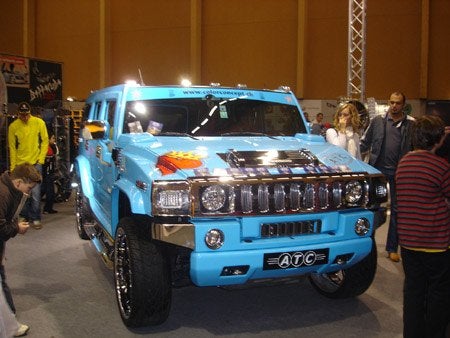 There’s a reason Hummer went under (that just sounds wrong.)

Also topping my list of one of the ugliest cars in the world, I still don’t understand why anyone would want one of these.

I definitely get this one; up until recently, the only reason anyone would have bought the VW Beetle is because they thought it was cute. And that’s the worst possible reason to buy a car.

But at least nowadays they’re making some cool versions of the car, especially the VW Beetle R-Line.

I actually don’t mind this one.

Not that it’s particularly ugly, but it’s quite possibly the most boring car that exists.

Also at the top of my “ugliest car in the world” list, it physically pains me to see these on the road. 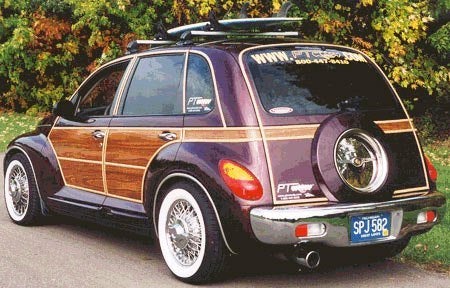 This PT Cruiser is without question the worst car in the world. It’s #1 for me on the “wouldn’t be caught dead in” list. I was forced to drive one of these once and nearly died from boredom. Not only is it sinfully ugly, but it also serves no purpose whatsoever. I’d rather not drive at all than to have to drive this again.

Another god-awful boxy nightmare, at least the Element had a purpose and was useful in terms of utility.

A mix between the SSR and PT Cruiser above; not a good combo.

Not sure how this one didn’t make it higher on the list. It looks like a bad aftermarket convertible job.

What car would you be most embarrassed to drive?

Check out the rest of the survey over at CarInsurance.com to see details and drivers’ least favorite car accessories as well (headlight eyelashes…[[shudder]])