Aston Martin was originally two brands: Lagonda, founded in 1899, and Aston Martin in 1913. The two were united in 1947 when both were purchased by the late Sir David Brown.

Today, the company produces a range of luxury and performance vehicles including the Vantage, DB11, DBS, Vanquish, and the DBX. Based in Gaydon, England, Aston Martin Lagonda designs, creates, and exports cars to more than 53 countries.

When we think of James Bond, it’s impossible to do so without... 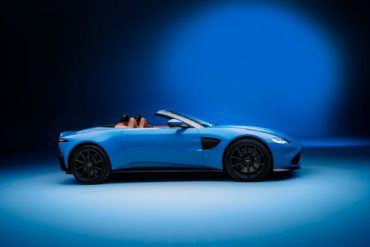 The AM-RB 003 joins the Valkyrie and Valkyrie AMR Pro as the... Read More
Load more