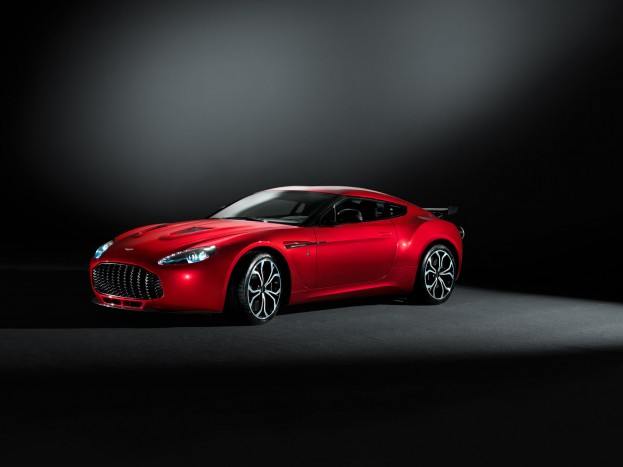 Last May the Aston Martin V12 Zagato debuted at the Villa d’Este Concours d’Elegance. It went on to win best of show – and for good reason. We’ll admit, we have a soft spot in our hearts for Aston Martins (like many auto enthusiasts), but this car is a particularly stunning example.

After a very favorable reception at the show and by Aston buyers around the world, two months later the decision was made to produce the car. The V12 Zagato marks the return of the coach builder, and the ensuing relationship between it and the manufacturer. They have made a comeback thanks to modern technologies that make limited production feasible, and even profitable. The V12 Zagato is a result of that. The car makes the transition from one-off to production vehicle looking just as beautiful the day it was introduced. That means a familiar Aston Martin front end, but a unique twist on the rest of the design, with singular round taillights and a rakish rear end. The narrowing window line, flowing rear haunches – this has future classic written all over it.

Chief Executive Officer Ulrich Bez says the car is a celebration of “both Aston Martin’s heritage and its future…..our relationship with Zagato stretches back more than 50 years. Together in that time we have created a series of very special cars. The first – the DB4GT Zagato – is a true icon: fast, beautiful and incredibly desirable. In the V12 Zagato I believe we have captured the spirit of that car and combined it with a confident twist of modernity to give it a character all of its own.”

Indeed. Aston says the car will be built in a limited run, with only 150 examples. It is a hand-built project, completed in the special operations center setup for the One-77. Pricing starts at about $520,000 USD at current exchanges. Word is that nearly the entire run has already been spoken for.