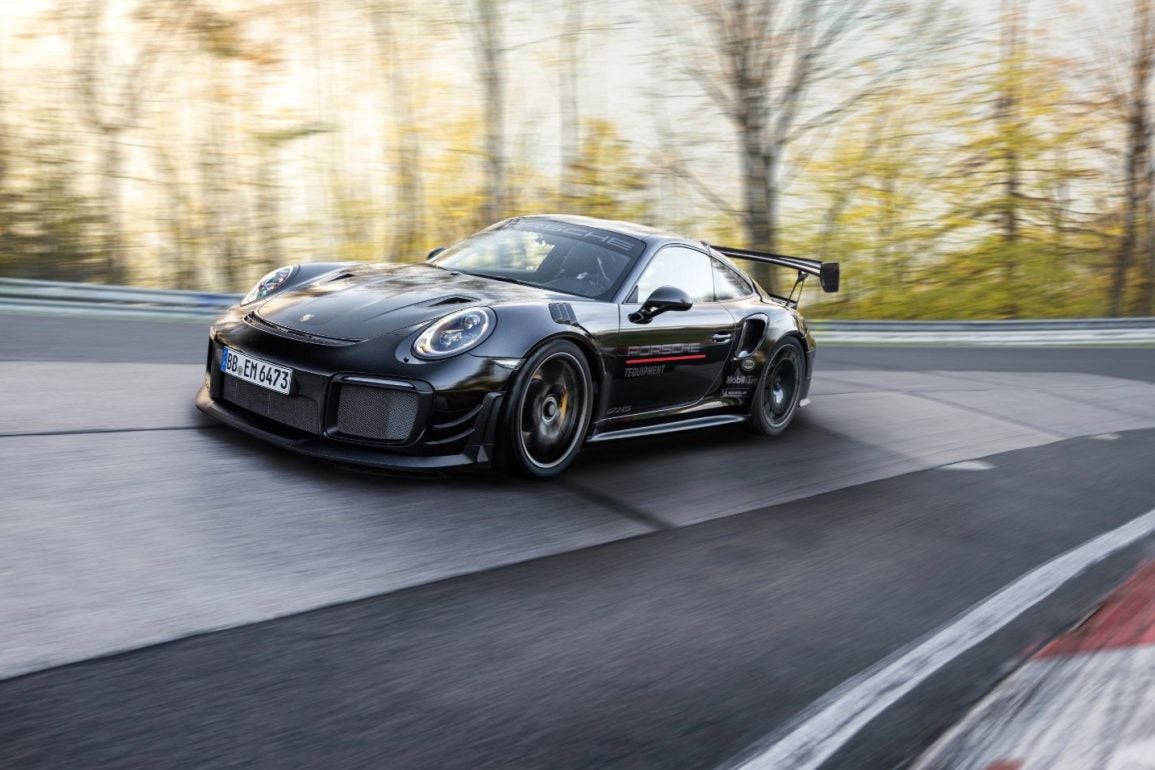 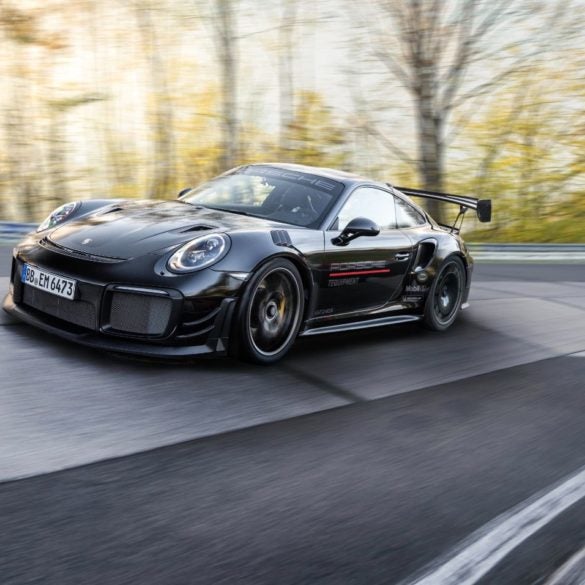 Sir Jackie Stewart branded the Nürburgring Nordschleife as “The Green Hell” after braving 1,000-feet of elevation changes, 170 corners, unpredictable rainstorms, and thick fog when winning the German Grand Prix in 1968. The Nordschleife remains one of the longest and most treacherous race tracks in existence, consisting of fast, narrow straights, blind hills, banked sweeping corners, and hairpin curves. Rumor has it some drivers dedicate their entire careers to mastering the track, and it takes years of practice and familiarization to drive around it quickly.

The Nürburgring may be a public toll road, but it’s also a proving ground for the fastest and most exotic cars today. In addition, the PR aspect is hard to ignore – setting a new lap time on the “Ring” is one of the best marketing strategies for any new performance vehicle, including SUVs. In this article, we’re taking a look at the top five fastest production cars around the Nürburgring and what it took to belong in the echelons of high-speed royalty.

What do you expect from a supercar named after a hurricane? The Huracán Performante is a track-ready version of a standard Huracán and was quick enough to oust the Porsche 911 GT3 RS from the top five fastest production cars around the Nürburgring. It made its official debut at the 2017 Geneva Motor Show in early March of that year; of course, the newly-set record on the Nürburgring was an additional feather in Lamborghini’s cap during the press conference.

“To make this happen is something that every one of the R&D team who worked on this car can share in,” said Stefano Domenicali, Chairman and Chief Executive Officer of Automobili Lamborghini at the time. “It will forever be a defining moment in their careers.”

Equipped with a 5.2-liter V10 engine pumping out 631 horsepower and 443 lb-ft. of torque, the Huracán Performante achieved a lap time of 6:52.01 under the helm of test driver Marco Mapelli. It also came with Lamborghini’s trick ALA (Aerodinamica Lamborghini Attiva) aero system that produces 750 percent more downforce than stock. This short video shows how it works.

It’s not surprising that German automakers know their way around the Nürburgring better than most. Porsche, in particular, has more 911s on the list of record lap times than any other manufacturer with any other car. And in 2017, the Porsche 911 GT2 RS recorded a blistering lap time of 6:47.3 with driver Lars Kern, knocking the Huracán Performante into fifth place.

First seen at the 2017 Goodwood Festival of Speed, the 911 GT2 RS has a twin-turbocharged 3.8-liter flat-six engine with 691 horsepower and 553 lb-ft. of torque. It also came with the Weissach package that includes a carbon-fiber roof and a titanium roll cage to save up to 66 lbs. (30 kg) of weight.

The Nürburgring Nordschleife may be speaking in a German accent, but it seems the Italians can talk a big game when it comes to speed. The Lamborghini Aventador SVJ (Super Veloce Jota), brimming with lightweight carbon fiber and titanium, weighs 110 lbs. (50 kg) less than a stock Aventador S. The Aventador SVJ is also the first production Lamborghini V12 to feature the brand’s ALA system.

The Aventador SVJ has a massively potent 6.5-liter V12 generating 759 horsepower and 531 lb-ft. of torque. It broke the Nürburgring lap time in 2018 by finishing the course in 6.44.97 behind the strenuous efforts of factory test driver Marco Mapelli. Lamborghini’s Research and Development team and Pirelli technicians provided Mapelli with additional support.

You can think of the Black Series as the most potent iteration of any Mercedes-AMG production car. From 2006 to 2012, Mercedes-AMG only released five Black Series models. The sixth and latest family member is the astonishing Mercedes-AMG GT Black Series, a car that recorded a Nürburgring lap time of 6:43.616 in 2020 with driver Maro Engel.

“With speeds of up to almost 168 mph in the Kesselchen section of the track and well over 186 mph on the long Döttinger Höhe straight, the AMG GT Black Series is significantly faster than my GT3 race car,” Engel explained after his record lap. “Like my GT3 race car, the AMG GT Black Series offers a lot of adjustment possibilities, all of which enabled me to create a setup that was tailor-made for me.”

Capable of spinning to a 7,200 rpm redline, the twin-turbocharged 4.0-liter engine generates 720 horsepower and 590 lb-ft. of torque courtesy of a flat-plane crankshaft and a larger compressor wheel. “My hat is off to the developers from Affalterbach for what they have put on wheels here,” Engel added. “And I’m very pleased that I was able to demonstrate these fascinating engineering skills with this great lap time.”

Porsche recently broke the production lap record around the Nürburgring Nordschleife with the latest-gen 901 series 911 GT2 RS. Partnering with Porsche-owned Motorsports team Manthey Racing and Lars Kern behind the wheel, the 911 GT2 RS recorded a 6:43.300 lap time to dethrone the Mercedes-AMG GT Black Series as the fastest production car to lap the Nürburgring on June 14th, 2021.

The Manthey Performance Kit from Porsche Tequipment consists of chassis, aerodynamic, and brake components specially developed for the 911 GT2 RS. It also includes the Weissach Package’s light magnesium alloy wheels. “The individual components of the Performance Kit are precisely matched to one another,” said Alexander Fabig, Vice President, Individualization and Classic, at Porsche AG. “They only become fully effective when they are all installed together.”

Sabine Schmitz: Queen of The Nürburgring

Did you know the late, great Sabine Schmitz holds the record for driving the fastest seven-seat SUV around the Nordschleife? What’s more impressive is she did it in a bone-stock Skoda Kodiaq RS, the quickest and most expensive Skoda you can buy. It featured Skoda’s most powerful diesel engine, a 2.0-liter bi-turbo unit generating 237 horsepower and 369 lb-ft. of torque. Schmitz and the Skoda had a lap time of 9:29.0, a record that stands to this day.