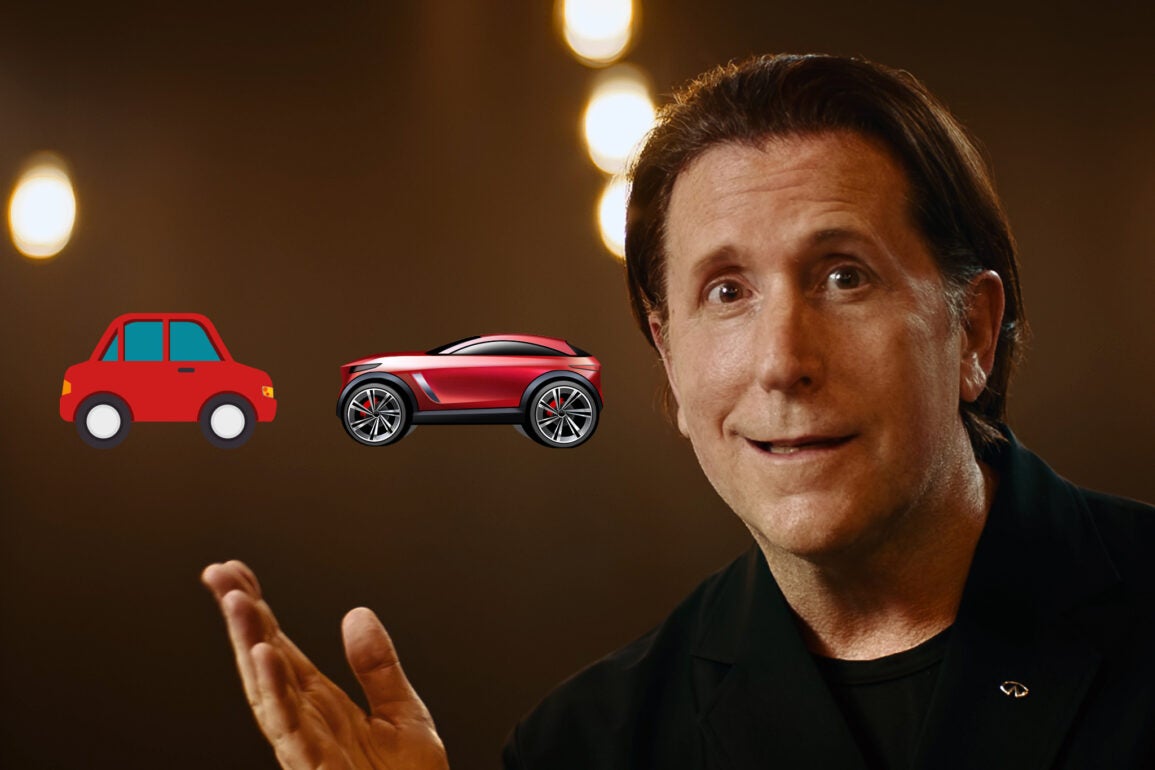 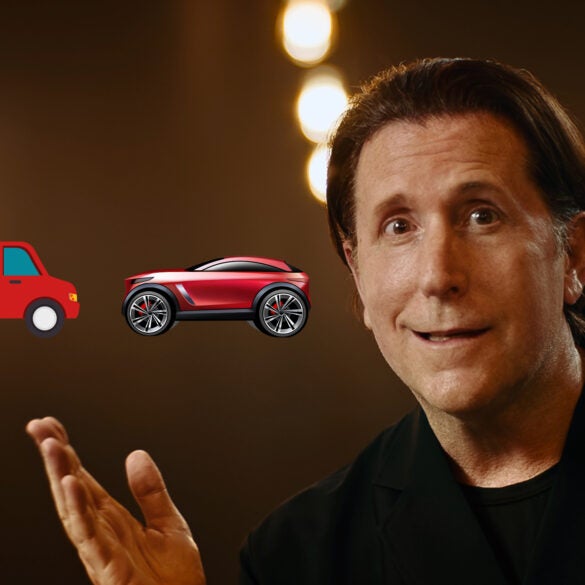 Alvin Reyes
Car News
Home
Car News
Table of Contents show
Out With The Old, In With The New
Infiniti FX Car Emoji

Infiniti celebrated the 2022 World Emoji Day (July 17th) with a brand new car emoji, and it couldn’t have come at a better time. Infiniti and Senior Vice President of Global Design Alfonso Albaisa shares the same sentiments as our pocket-sized team here at Automoblog: the standard car emoji needs an overhaul! Infiniti has done something about it and has reimagined the car emoji as a crossover based on the popular and stylish FX sold in America from 2002 to 2013.

“Instead of continuing to groan and moan about the standard car emoji, we at Infiniti raised our hands and decided to do something about it,” Albaisa said. “We wanted to make a modern emoji that truly expresses the artistry and passion of today’s car designers around the world.”

Out With The Old, In With The New

The existing car emoji is a tall, red sedan with orange markers on the front and back. There’s nothing wrong with it, but the shape is reminiscent of the glory days when Volvos were boxier than a square. And if you look today, you won’t find a modern, squarish Volvo in a showroom, and you’ll be lucky if you find a conventional three-box sedan.

Instead, littering the streets are crossovers of all shapes and sizes resembling miniaturized SUVs. You’ll still find the occasional hatchback, coupe, station wagon, or sedan, but the people have spoken. Everyone loves crossovers and SUVs (trucks too), and it seems the trend will continue as the industry shifts from internal combustion to battery-electric.

The Hyundai Ioniq 5, Kia EV6, Ford Mustang Mach-E, VW I.D.4, and new Chevy Blazer EV prove that crossovers are here for the long run. No automaker will be caught dead without a best-selling crossover, SUV, or truck in its portfolio – be it gasoline, hybrid, electric, or otherwise.

America and the rest of the car world have a longstanding love affair with sport utility vehicles, and the numbers say it all. In a New York Times report, SUVs made up 47.4 percent of U.S. auto sales in 2019. Meanwhile, sedans made up only 22.1 percent of sales in the same period, and experts forecast that SUVs, vans, and pickups will make up 78 percent of sales by 2025.

So, why settle for an old, outdated, and boring car emoji if people aren’t buying enough sedans? The Infiniti Design team looked to one of its most iconic vehicles, the FX crossover, for the next generation of car emojis. When the FX debuted in 2002, it was unlike any crossover SUV with its long hood, robust fenders, and dramatically arching roofline. It was also available in an AWD FX45 variant that came standard with a 4.5-liter 32-valve V8 with 320 horsepower.

After looking to the FX for design inspiration, the team “painstakingly scrutinized” the color charts to find a red hue similar to Infiniti’s trendy Dynamic Sunstone Red paint. Moreover, the new emoji has oversized wheels to sweeten the pot.

Infiniti submitted the new car emoji to the Unicode Consortium last July. If all goes well, you could soon find the new crossover emoji on your laptop or smartphone keyboard.