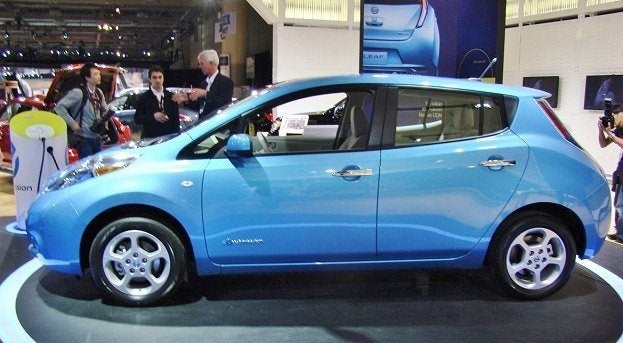 More than two weeks after the massive earthquake and tsunami, the work in stabilizing Japan in the aftermath has been slow. While the tragedy is still fresh with assessments of the Asian island region has sadly reinforced dire predictions of loss, fate of the thankfully many more survivors depends on the ability to regain some sort of normality. Part of this social recovery mission entails restarting the businesses inside this vital industrial market. Slowly, the Japan automotive industry is restarting output from their manufacturing facilities in this realignment with pre-disaster life.

Much of Japanese auto production for the meantime has focused on keeping part supplied to plants outside of Japan. Honda, Nissan and Toyota have production facilities well embedded in the North American market. This diversity has shielded a good deal of those companies’ infrastructure and personnel from harm. Toyota has reported their Japanese plants were producing parts for export since the 21st of March. In facilities such as the Nissan’s truck plant in Canton, Mississippi and Honda’s East Liberty, Ohio plant have been able to operate normally (though many plants cancelled overtime shifts in fears of exhausting part stores of components imported from Japan).

Not immediately impacted, the earthquake and tsunami effects are now beginning to flow down the production chain to a point where North American assembly is beginning to express concerns. For North American vehicle production, the critical dates are April 1st for Nissan and April 4th for Honda. Honda stated even though the majority of their parts and components are supplied by North American based companies, there is still “a few critical parts” Toyota and Mazda (who currently builds the Mazda6 at the AutoAlliance International facility) have not reported any immediate concerns in North American production. 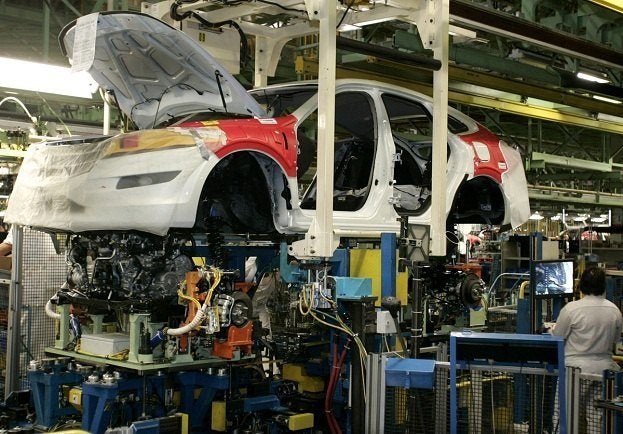 The Japanese automakers were not the only car company affected by part supply issues. Last week, the General Motors Shreveport, Louisiana and Buffalo, New York plants idled production related to the Chevrolet Colorado and GMC Canyon. Citing a shortage of electronic air sensors supplied by Hitachi, production of the medium sized pick-up has since resumed.

Two weeks following the earthquake fallout, limited production of full vehicles has resumed amidst the less than ideal atmosphere. Production of the Toyota Prius and Lexus CT 200h is set to resumption Monday supplying the very popular hybrid vehicles to domestic as well as global markets. Almost all Japanese-branded hybrid and electric vehicles are built in Japan meaning the need to restart assembly was dire Nissan has also reset production of their all-electric Nissan Leaf on March 24th. Ironically, the electric Leaf’s assembly restarts as rolling power blackouts remain a concern around both the auto and battery plants.

Though operations of one Nissan plant has commenced, another manufacturing is still idled creating a possibility widespread assembly issue. Nissan’s Iwaki plant supplies VQ series 6-cylinder engines for much of the Japanese and overseas market. Used in several Nissan and Infiniti products, the Iwaki engine manufacturing facility was the site of several fires following the earthquake. Requiring repairs that are now ongoing, Nissan is considering options to extend production at the Decherd, Tennessee plant to supply their Japanese facilities for the interim.

Unlike Honda Toyota, and Nissan, Subaru as well as Suzuki depends solely on production in Japan. Subaru has been able to restart limited assembly of their mini-vehicles on March 29th but the rest of automotive production will not recommence at least until March 31st. Suzuki operations will be restricted to only part assembly in the automotive business up to March 29th but their commercial vehicle and motorcycle assembly is already back in full production.

Existing as secondary concern to the humanitarian efforts in Japan, the auto industry is nonetheless an important part to the livelihood of individuals throughout the world. However, as the recovery effort in Japan is still underway, the road ahead for the global auto market through the next few weeks has the potential of being a bumpy path to normality.