The Ford Focus has always been a strong seller for Ford. Covering a segment usually overrun with imports such as the Honda Civic and Toyota Corolla, the Focus is right where Chevy and Dodge wish they could be.

To keep things fresh, Ford redesigned the 2008 Focus from top to bottom. They’ve also decided to drop the hatch this year and introduce a 2-door coupe into the lineup. A bold move for Ford, considering the hatchback was popular.

The overall styling of the 2008 Focus seems to be love-it-or-hate-it, but strictly from a design standpoint, it certainly is awkward-looking. 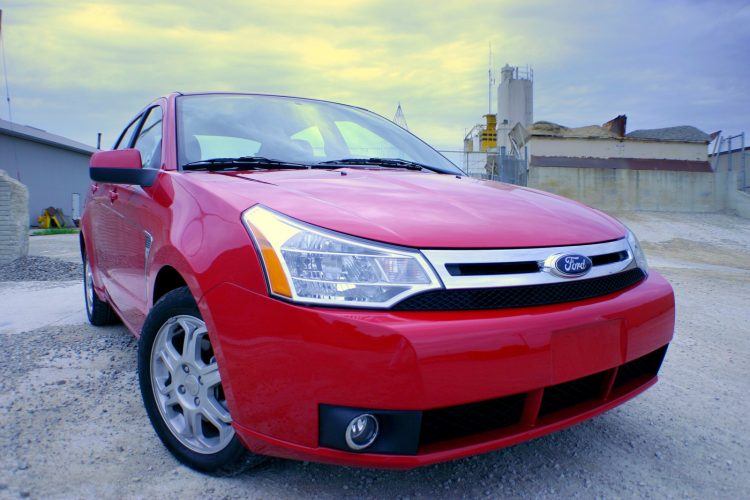 The Focus comes in three trim levels – the base S model, an SE model which adds power everything, keyless entry, the chrome fender accent thingy, and 15″ alloy wheels. The upscale SES adds bigger wheels, body-color paint on the handles and side mirrors, a rear spoiler, and the totally awesome Ford SYNC system. 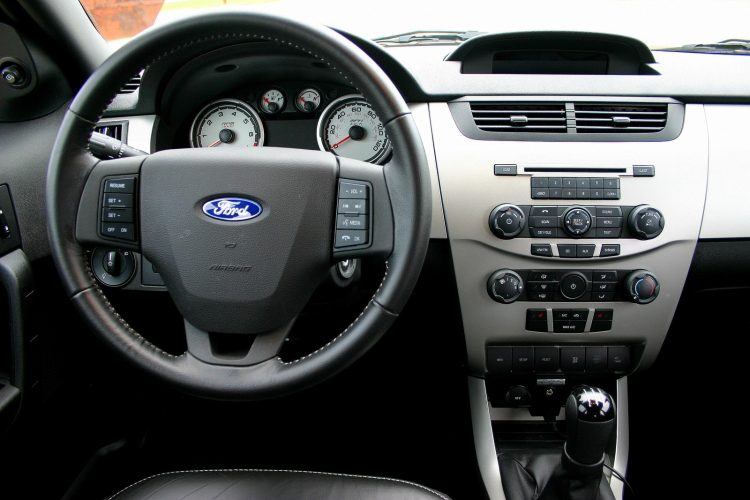 The sticker shock didn’t stop there. Before even getting into the car, I was wondering how it could possibly cost that much. From a distance, everything looks fine, depending on if you like the looks of the car or not. But getting closer and seeing the large gaps in between panels got me concerned.

Investigating further, I could see that some exterior panels weren’t aligned correctly, the cheap plastic pieces for the B and C-pillars were wobbly, the chrome fender appliqué was barely on, and the rubber window seals were uneven. But…umm…the wheels are nice.

The interior was better, but not by much. The inside door handles on both sides were squeaky. The $695 leather seats seemed cheap, almost like the leather was loosely pulled around the seat. The off-color white stitching was a good idea in theory but looked weird on these seats. 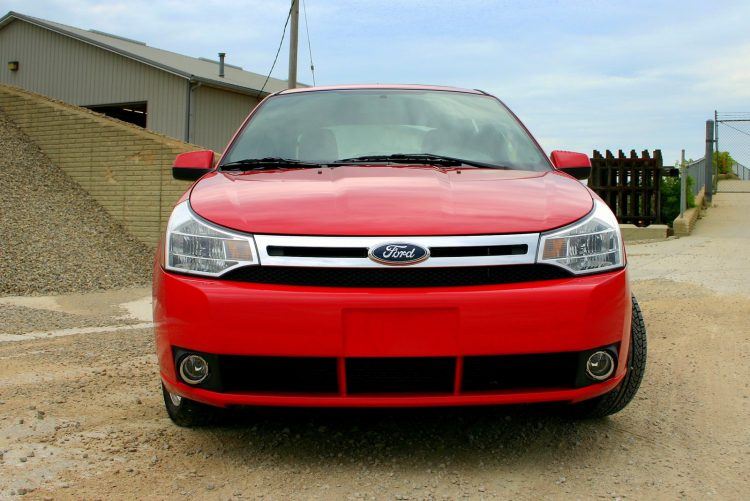 The best word to sum up driving the Focus is “economical,” and that’s what it’s supposed to be. Even in the 5-speed manual, it’s difficult to find driving it fun; it’s underpowered, the gearbox is kind of clunky, and the engine sounds like a go-kart. But the one thing the Focus is supposed to be good at, it is…and that’s getting great fuel economy with plenty of space at a reasonable price. And at 24 mpg city and 35 mpg hwy, the Focus is tough to beat.

This is also one compact car that tall drivers will like. Plenty of space in front to stretch out means tall guys like me can be comfortable and still have a car that gets great fuel economy. Nimble handling and a nice suspension means driving isn’t a chore.

What I’ve really been dying to talk about though, is the new SYNC system. Developed by Ford and Microsoft, SYNC is an all-in-one system that allows you to connect your Bluetooth-enabled cell phone as well as many MP3 players and control them through voice activation. Being a geek at heart, I love the ability to simply tell my car what song or artist to play, who to call, or browsing through my phonebook or MP3 playlist on the road. It’s not effortless to set up, though, making me thumb through the user manual more than once. But did you really expect it to be that simple to set up? No, not something this cool.

The SYNC was actually cool enough to distract me from some of the problems this car had, but others were hard to ignore. My main concern about the Focus is its questionable build quality. The large gaps between the already uneven exterior panels, the flimsy plastic used all over, and the less-than-perfect driving characteristics make it hard to recommend this car for anything other than a strictly value-driven choice. 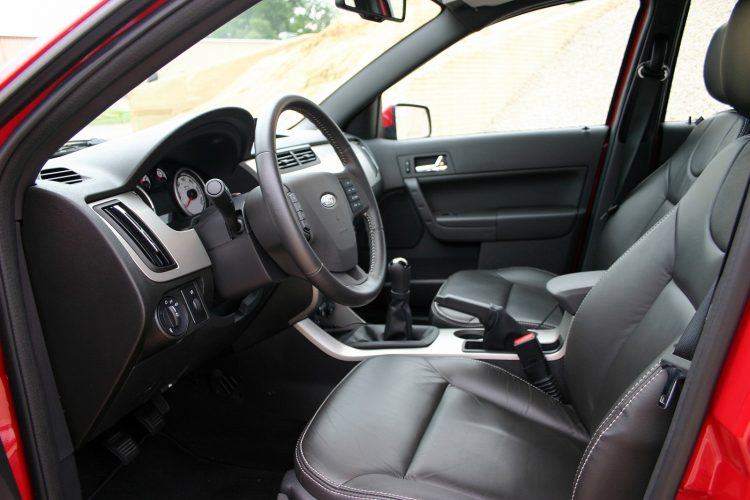 For our review model’s $19,365 price tag, you’re better off with some of the Focus competitors. But when you consider the starting price of only $14,395, it becomes a very reasonable option if the price is your primary concern. I could recommend the SE model, starting at $15,225 – a more reasonable option and well worth the price difference. Just don’t load up on the options, which is what really brings the price up drastically, except the SYNC. You have to get the SYNC.

Before you run out and pick up a new Focus, there are some other cars you need to drive first:

Look at this one first. More room inside, similar fuel economy, and better overall quality.

A bit smaller, best fuel economy of the bunch, great build quality, and fun to drive.

Also, check out the Mazda 3 and Toyota Corolla before you make any decisions. If you’re looking for a coupe, only the Focus and Honda Civic offer a 2-door option.