Letter From The UK: Living With The Automobile

I like where I live. It facilitates ease of access to both the countryside and the malls, where I have spent many happy hours in my car waiting for my dear lady wife. Looking out from the slightly higher viewpoint of my home, I can see suburbia spread out before me like a model village where nothing ever goes wrong. Out there, lining the streets and driveways and alleys of the neighborhood are the cars. Some old, some younger, a few new and all mainstream, products of an auto advertising world of such efficiency, such power, as to convince seemingly sentient human beings the “crossover” is something other than a tall hatchback.

There is the occasional surprise; rounding a corner I came across a $190,000 Honda NSX casually parked on the street, but mostly the motors are middle-of-the-road.

It is my contention that most people, gearheads excepted, don’t really care too much about the car they buy as long as it does the job. Judging by some of the choices made, folks buy or lease what they like the look of within their budget. They have little interest in emissions or top speeds or alloy wheel size. They really don’t give a hoot nor a holler neither about how quickly it gets to 60 mph, and it is doubtful if more than a handful could tell you their vehicle’s European NCAP safety rating. Yet they have allowed themselves to be swayed by the anti-diesel lobby that the fuel is the work of the very devil himself. 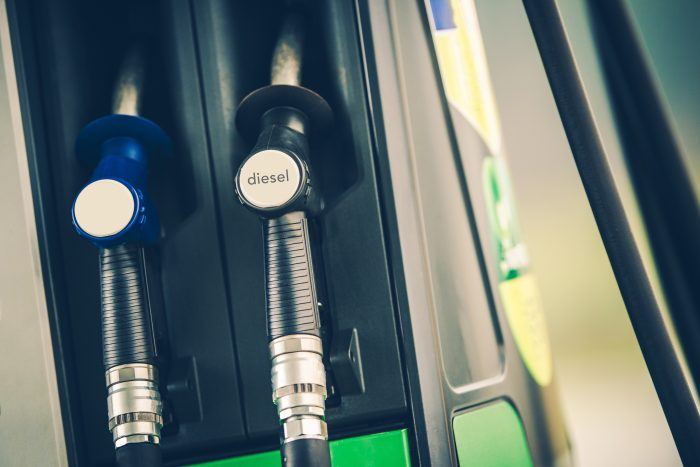 The old argument used to be that, if you drove more than ten thousand miles per annum, you would be financially better off buying a car with a diesel engine. Indeed, in the olden times of the late 20th century, we were actively persuaded right up to government level that diesel-powered cars where a good thing.

And then one day they weren’t.

Use of the fuel became a bad thing because of the emission of diesel particulates, which we were lead to believe was poisoning perambulating pedestrians. This was not a revelation: We knew about them but not necessarily about the true carcinogenic effects. Meanwhile, the petrochemical and auto industries have been working hard to satisfy European regulations. Diesel has never been cleaner and, since all such vehicles have to be fitted with ever more efficient particulate filters within their exhaust systems, the harmful emissions have been reduced. Notwithstanding this, the rot has set in and diesel sales have fallen off a cliff. Buyers spurn them.

Diesel sales continue to fall. There was a huge decline during November, down by 30.6 percent for the month; whilst petrol vehicle sales have risen by five percent. This was the seventh month of decline. Alternative-fueled cars continue to pick up pace, however. November saw a 33 percent rise in registrations. It is diesel that has suffered the most, like the ugliest dog in the pound. In the rush to demonise diesel, the naysayers seem to have forgotten that, for the most part, modern diesel cars emit less emissions overall than their petrol counterparts. The result is that, in Great Britain, CO² outpourings have risen for the first time in fourteen years! This, say car industry bosses, is because buyers have turned their backs on diesel.

The CEO of the Society of Motor Manufacturers & Traders in the UK is quoted as saying, “falling business and consumer confidence is being exacerbated by ongoing anti-diesel messages from government. Diesel remains the right choice for many drivers, not least because of its fuel economy and lower CO2 emissions.”

It is fair to say the imminent exit of the UK from the European Union has had an economic effect. There is less consumer confidence owing to the uncertainty. Sales of luxury goods like cars are way down. This is of course, in an effort to deflect attention from incompetence, partly due to those in power fanning the bonfire of Brexit with a big hat, but it is also true that Joe Public is hanging onto his trusty car for a bit longer.

Yet still the new cars come, the newest and the latest, all offering very little more than the model before. They gleam and glimmer from the showrooms like metal harlots, promising much but ultimately never really satisfying. The trouble is, we’ve become so used to living with the automobile as part of the family lifestyle that I don’t imagine for a moment we will ever want to give them up, whatever motive power comes next. The car industry certainly hopes so.