It’s Official! Ford is No Longer Crazy About Mercury Late Wednesday afternoon, Ford Motor Company made an important announcement about their brand structure. In light of dropping market share and redundancy, Ford has officially declared the Mercury division will be discontinued following the 2010 calendar year. Accounting for less than 1 per cent of the United States market compared to Ford’s total 16 per cent, Mercury’s corporate portfolio consisted of clone-like Ford products. The 2010 Mercury lineup is made up of three vehicles (Milan, Mountaineer and Mariner) in which the Ford brand built equivalents. The remaining Mercury car, the super-sized Grand Marquis (a name attributed to 2.7 million Mercury sales), is likely to go extinct with the division.

For most of Mercury’s existence, the brand was linked with Ford’s high-end Lincoln vehicles appearing as a lower-cost luxury option. Introduced in 1938 as an up-scale presentation of Ford vehicles, it wasn’t until after World War Two when Mercury made a lasting impression as their 1949 Mercury would become a fabled post-war performer. Featuring fresh, new styling for the era, Mercury also elected to use a larger Flathead V-8 powerplant than available with Ford’s similar car. This made the Mercury a popular choice of hotrodders made apparent in the James Dean classic “Rebel Without a Cause”.

While Mercury enjoyed a landmark year in 1950 selling 293,658 cars, growing pains appeared for the brand in this booming decade. By 1959, sales in the division would fall by nearly half with just 150,000 Mercurys moving out of showrooms. Though economic problems were present in the late 1950s, the Mercury division was hurt by Ford Motor Company’s attempt to launch a separate mid-range brand, the infamous Edsel. Ford maintained confidence in the Mercury brand and would be reward through the 1960s as the division rose back to glory. Only two years later the disastrous 1959 sales numbers, Mercury boasted just under 320,000 cars propped by their popular Comet in 1961. As Mercury continued through the muscle car era, the pride and joy of the division would emerge in their advertised “Luxury Sports Car” known as the Cougar. Approximately 3 million Cougars would be built by Mercury within 34 model years of construction.

With sales of Mercury peaking in 1978, the ensuing years would see the brand fall as creative motivation left the division. In recent years, even casual automotive observers could see the writing on the wall as the Mercury lineup grew stale and advertising presence decreased. Only 90,000 Mercurys were sold in 2009 led Ford Motor Company to make the ultimate decision, sending Mercury to the moon. 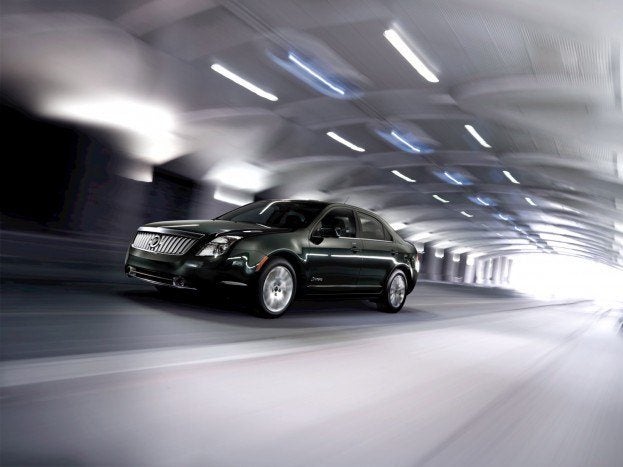 As the Mercury brand is being wound down, Ford’s major move will be to satisfy Lincoln-Mercury dealerships. This will be done through financial settlements and a reaffirmed commitment to the Lincoln brand promising dealerships new products to fill the Mercury void. Current Mercury vehicle owners need not be concerned about service and warranty concerns. Ford has pledged that their existing dealership network will continue to provide all parts needed to maintain your Mercury.

In 72 years of existence, Mercury leaves as another departed American auto brand which consumers and enthusiasts are forced to accept as a new auto industry. While not necessarily a bad change for the future of motoring, past vehicles with Mercury badging will be locked in a certifiably glorious time for automobiles.