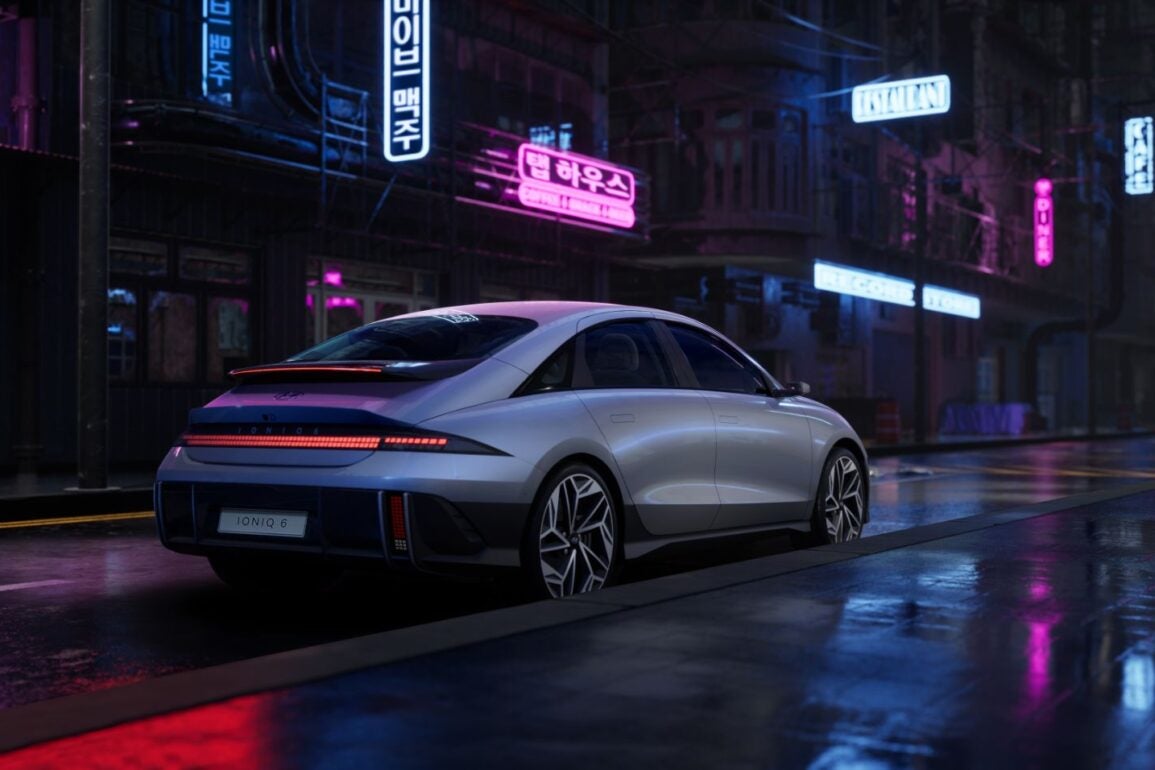 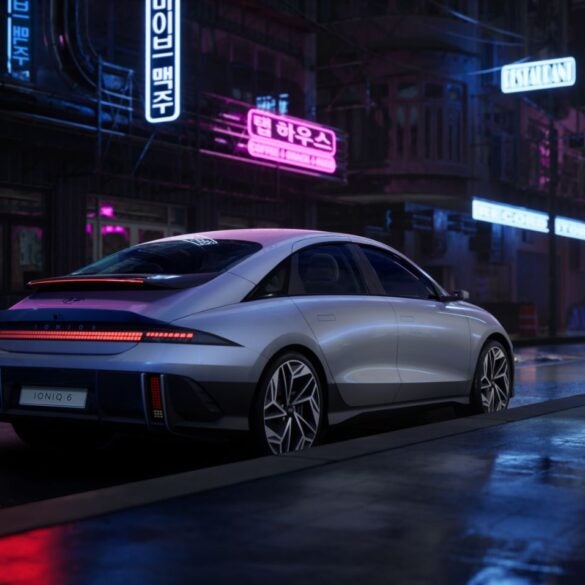 Hyundai lifted the curtains off its newest electric car, the Ioniq 6 sedan, the second EV in the South Korean automaker’s all-electric Ioniq branding. The Hyundai Ioniq 6 is riding on the underpinnings of the retro-angular Ioniq 5, Kia’s EV6, and the Genesis GV60, an architecture Hyundai calls E-GMP (Electric Global Modular Platform).

We first saw the Ioniq 6’s streamliner body style in the Hyundai Prophecy Concept EV that debuted at the 2020 Geneva Auto Show, a sleeker, lower-slung production rendition Ioniq 6. We admit the production Ioniq 6 is not as easy on the eyes as the Prophecy concept car, but it did inherit most of the concept’s eye-catching vibe.

“Ioniq 6 connects an emotional convergence of functionality with aesthetics,” said Sangyup Lee, Executive Vice President and Head of Hyundai Design Center. “We have created the Ioniq 6 as a mindful cocoon that offers a personalized place for all.”

When Hyundai got our attention with the Prophecy concept, the automaker was chattering about “Sensuous Sportiness” and a sense of motion even when the vehicle is not moving. Inspired by vintage production cars and racing vehicles with streamlined designs (like the first production Saab 92 that launched in 1949), the Prophecy concept is a breath of fresh air from Hyundai, a welcome variation from the Ioniq 5 EVs multitude of angular, sharp body lines.

But for Ioniq 6, Hyundai is now talking about “Emotional Efficiency” and a “cocoon-like” interior. We were expecting a bit more pizazz, but we thoroughly understand Hyundai’s predicament. Most recently, the Mercedes-Benz Vision EQXX broke its range record by driving from Germany to the United Kingdom on a single full charge. It traveled 747 miles while performing a mind-blowing average consumption of 8.3 kWh/60 miles.

Of course, it did it with Mercedes-Benz’s focus on efficient battery-electric powertrains. Still, there’s no denying the concept’s streamliner shape had much to do with its long-range capabilities, and it’s the same story with the Hyundai Ioniq 6. “The distinctive streamlined design results from close cooperation between engineers and designers, with obsessive attention to detail and customer-centric values at the core,” Lee added.

The Hyundai Ioniq 6 and its sloping roof, boattail rear end, and elliptical rear spoiler allow a 0.21 drag coefficient, impressive for a production-intent concept. It’s not as slippy through the air as the Vision EQXX’s brilliant 0.17 Cd, but it’s evident Hyundai paid close attention to aero efficiency when designing the car. At this time, Hyundai is not talking about range, performance, or hardware. However, we bet the automaker will raise the bar in EV efficiency with its newest Ioniq 6 while imbibing it with a moderate sprinkling of sportiness for good measure.

We’ll have to reserve judgment until we see it in the flesh, but the Ioniq 6 has a fascinating set of eye-candy attributes. There are over 700 Parametric Pixels throughout the car, including the headlamps, taillights, front lower sensors, air vent garnishes, and the center console indicator. We also fancy the high-mounted Parametric Pixel stop lamps on the rear wing, which display elaborate lighting patterns when pressing the brake pedal.

Hyundai claims the Ioniq 6’s “cocoon-shaped” interior is thanks to its extended wheelbase and flat floor. The interior includes dual-color ambient lighting with 64 colors and six dual-color themes to brighten up the cabin. The Ioniq 6 has a bridge-type center console that offers more storage cubbies without eating up tons of space. Front and center is a 12-inch infotainment display, while the driver can access a 12-inch digital instrument cluster.

Meanwhile, the Hyundai Ioniq 6 is a champion of eco-friendly, sustainable materials. It features charcoal pigment paint on the body, while the black cladding is from recycled pigment paint from old tires. Furthermore, it has eco-process leather seats, recycled PET fabrics, biodegradable TPO skin for the dashboard, and recycled fishing nets for the carpets, depending on the trim variant.

Hyundai has released a 3D digital film about the Ioniq 6’s streamlined design and roomy interior. The film was released simultaneously with the design unveiling, debuting at the K-Pop Square in Seoul, the Big Kahuna in New York Times Square, and Picadilly Circus in London. The Hyundai Ioniq 6 is formally making its global debut in July 2022, and we’ll be back to reveal more about the newest Hyundai EV.