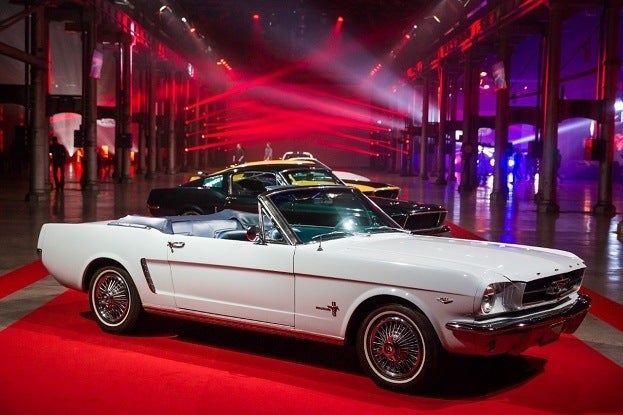 The news of the passing of William Clay Ford, the mood around the blue oval may not be a happy one coming out of this past weekend. The loss of a great ambassador to his family’s company arrives as the company is celebrating one of their most successful vehicles. Part of the design committee for more than 30 years, it is more than likely the Ford Mustang received a hand from the departed grandson of Henry Ford. This week marks an important golden milestone for the original pony car as a Dearborn, Michigan assembly plant began production of the first Mustangs.

Ahead of the April 17th sale of the Ford Mustang in 1964, demand required a great deal of these new vehicles to be ready for customers. At a time when Lyndon Johnson was the United States president and the Beatles performed as a hot, new rock group, the Mustang would gain its own cultural status. With production beginning in the early part of March, it seemed production within Ford’s River Rouge Complex’s assembly plant would be going unstop on this new vehicle to the delight of the automaker. A week prior to the two-year anniversary of production, the one-millionth Ford Mustang left the assembly line.

Depending on the source, production for the Ford Mustang occurred on either March 9th or March 10th. Both dates have been published by reputable, well-researched sources leaving some confusion to the actual date. Based on a press release dated March 2nd 1966 celebrating the production of the one-millionth Ford Mustang, Ford Motor Company stated it took 1 year and 357 days to reach the milestone vehicle. Leaving eight days remaining, March 2nd would indicate the 10th as being the valid date. However, the release could have been written on the 1st but published for the 2nd since outreach to the press was not as instant as it is today. Whichever date is deemed acceptable, Ford Motor Company has been officially building the Mustang for 50 years. 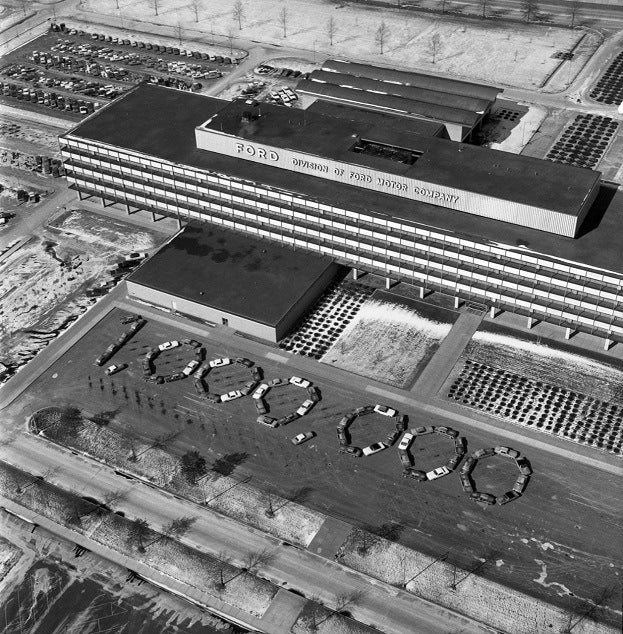 For much of the Mustang’s production life, the Dearborn Assembly Plant was the location where the majority of the pony cars were constructed. Surging demand right fro the start for the Ford Mustang required additional facilities in New Jersey and California to also supplement the market with this hot, new car. International plants in South America were tasked with fulfilling global customers of the first-generation Mustang. In the case of the Dearborn Assembly Plant, its history with the Ford Mustang ended in 2004 with main production moved to the Flat Rock Assembly Plant less than 20 miles away from its former home.

The first Ford Mustang to roll off the Dearborn assembly line was a convertible painted Wimbledon White. Intended to be a presale show car for dealerships to display, Canadian airline pilot Captain Stanley Tucker. With the serial number 5F08F100001, the first Ford Mustang was purchased in St. John, Newfoundland, Canada. Captain Tucker would also purchase production Mustang #1,000,001 in 1966. The significant first car was reacquired by Ford in the mid-1990s and has since been donated to the Henry Ford Museum where it is housed today. 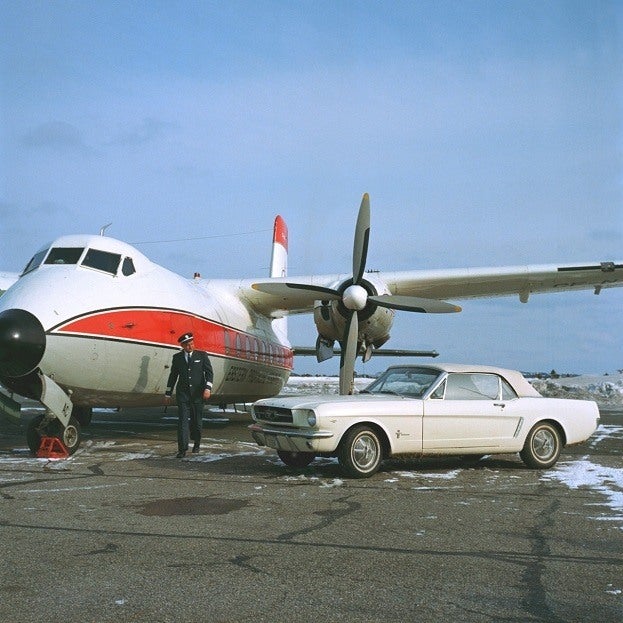 Recently, some articles published by other news sources created some confusion with readers to the first Ford Mustang. In 2013, several stories profiled Gail Wise and her Skylight Blue 1965 Ford Mustang Convertible owning the title as the first production version of the vehicle. For this reason, some people interpreted that Ford was incorrect to proclaim the white convertible as the first Mustang. Gail Wise’s car labelled purchased on April 15th, 1964 is indeed a noteworthy vehicle but is not the first-ever Ford Mustang produced. Her Ford Mustang is classified as the first eligible retail model. Mustang serial number 5F08F100001 sold in Canada was not supposed to be available for sale but was nonetheless. Captain Tucker’s invoice from a St. John’s, Newfoundland dealership was dated April 13th, four days ahead of the official sale date for the Mustang.

With Ford Motor Company appearing more inclined to celebrate the Mustang’s 50th birthday on the anniversary of the official release date of the vehicle (April 17th), marking the production of the first car in 1964 provides a great opportunity to construct a makeshift countdown. Be sure to return to Automoblog.net for more coverage of the Ford Mustang’s 50th anniversary.