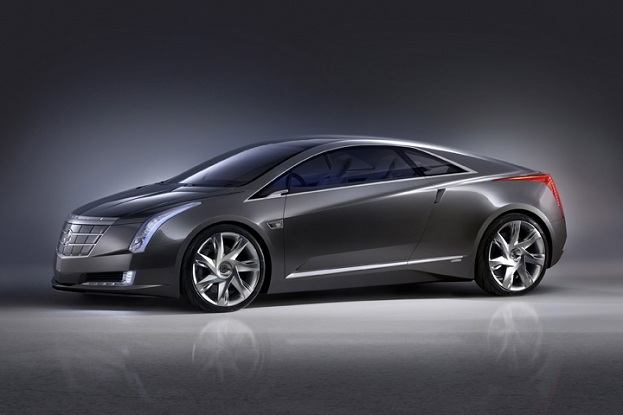 Existing as a “Long time, no see!” production promise from General Motors’ luxury-oriented Cadillac brand, the ELR was given the green light August of last year on the premise of becoming the brand’s first plug-in hybrid car (or extended range electric vehicle).

Based on the Converj concept car that debuted at the 2009 North American International Auto Show, the ELR is set to merge Chevrolet Volt’s advanced powertrain technology with very Cadillac-chic two-door coupe exterior style. While Cadillac’s recent corporate focus has been centered on the effective launches of the entry-level ATS and their new flagship XTS sedan, details of the upcoming ELR was mute for a long time. On Tuesday, the first words regarding the Cadillac ELR was offered to reassure us the vehicle is indeed heading into production.

An anti-climatic announcement, General Motors stated the upcoming Cadillac ELR would be produced in the General Motors’ Detroit-Hamtramck Assembly plant. A smart move in terms of logistics, the Detroit-Hamtramck Assembly plant is the same manufacturing facility producing the Chevrolet Volt as well as the international equivalents to the plug-in hybrid sedan (Holden Volt and the Opel Ampera). By building the new ELR in the same plant, advanced powertrain technology stock such as the lithium-ion battery (produced in a nearby facility in Brownstown, Michigan) are within easy reach. With the Chevrolet Volt serving as the champion for radical driving technology not only for General Motors but the whole auto industry in a major extent, the vehicle generated some mixed indicators for the reception of future plug-in hybrid products. Immediately having to overcome a price tag over $40,000 before government tax credits, that one challenge continues to dog the Chevy Volt more than the 40-mile maximum electric-only cruising range. The Cadillac ELR coupe should be better able to warrant a high price tag on brand prominence alone. Besides pricing, the Volt’s 2012 year started with the very public recall due to a potential electrical fire risk. Issuing the vehicle’s first recall to reinforce the battery, some of the top vehicle honours the Chevrolet Volt won with its launch was put into question. Most important for the plug-in hybrid sedan, the Volt does not seem to be too greatly impacted by the recall. Selling over 16,000 Chevrolet Volts at the end of September, the plug-in hybrid is on track to reach the 20,000 sales plateau when 2012 closes.

While the Chevrolet Volt was marketed heavily as a future for General Motors too important to fail when bankruptcy restructuring plagued the company in 2009, the Cadillac ELR could also be held to the same scrutiny when it goes on sale in late 2013. The first production vehicle to use electric power with a range-extending gasoline engine not to be the familiar sedan, the premium two-door vehicle will have the task of accommodating an unusual demographic; an eco-minded car market operating on luxury tastes.

The acceptance of the Cadillac ELR will go a long way to demonstrate the production viability of General Motors’ advanced powertrain as a platform to a series of vehicles. If successful, this could be GM’s plug-in hybrid technology could become like Toyota’s Synergy Drive hybrid vehicle line. Proliferation of the Chevy Volt-derived electrified powerplant across a wider line-up of vehicles will also go a long way to reducing the production cost of the technology.