Armageddon is all the rage these days.  Movies of mutant zombies, government collapse, economic crashes, and world as-we-know-it ending calamities.

It’s sparked a big trend of reality shows featuring individuals and families bracing themselves for the apocalypse…perhaps you’ve heard of “Doomsday Preppers“.  Everyone has a different approach; some stock up on weapons and ammo, some take survival courses, and others make plans to “bug out” and move to small countries and trade their way out of bad situations.

People pour thousands…sometimes hundreds of thousands of dollars into preparing for the end.  They think of everything from storing up food and water to digging underground shelters…but what if you have to make a getaway?

I thought it would be a good idea to make a short list of affordable used vehicles to purchase that would be well-suited for modifying for the end times.  These are in no particular order, so you can decide what you think is best and comment!

Or if you think of one yourself let us know.  You could even decide the best two cars to pair up, forming the ultimate Armageddon-dominating dynamic vehicular duo!   So without further delay, here we go! 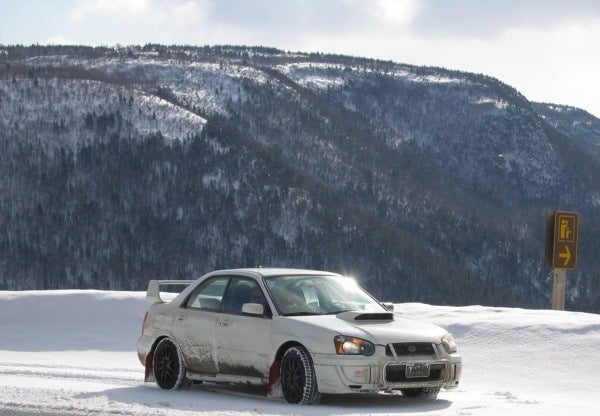 You should be able to pick up one of these faithful backyard bulldogs for around $15,000.  In crisis situations this will be your light and nimble source of transportation, think of it as your post-apocalyptic Formula 1 car.  If you go with anything more nimble you will sacrifice durability, and let’s be honest, most of us can’t afford a Rally Fighter.

The AWD rally-inspired drivetrain should be able to quickly get you out of any situation on multiple road surfaces, but it will still be able to dispatch its 300 hp well around the deserted city streets. You could put some armored materials such as Zylon in the door panels and under the hood to protect the engine.  Make an aluminum under-tray to protect the under-body from debris kicking up, and if you are at all good with tuning and upgrading, then do so.

But be careful; the last thing you want to do is sacrifice the reliability of your Subaru if there are zombies on your tail.

This is must have, and almost any 4×4 Toyota truck will do.  As Top Gear showed us these bad boys are virtually indestructible!  A good choice would be the double-cab 4WD Tacoma.  You should be able to easily pick up a used one off the internet for under $10k in very good shape.

The Tacoma PreRunner models are everywhere, but are RWD. You’ll want AWD if you’re escaping a slow-motion nuclear blast in the desert. Make sure it has good ground clearance, beefy tires, and loads of guns mounted to it.  I would recommend not going for the manual transmission because that could mean shooting yourself in the foot…literally.  With an automatic you can drive and shoot.

Add some metal caging, upgraded utility bumpers, as well as some water-proofing and an amphibious air intake so that you drive through higher levels of water.  Certainly add whatever bulletproof armor you can afford in and around the doors of the cab, protection for the drivetrain, and as many gun mounts as possible.

Upgraded suspension isn’t a bad idea either so that you can cope with the extra weight.  The 3.4L DOHC V6 only has 190 hp, but it should be enough to get you out of rough situations and cross some fairly treacherous terrain.

Let’s face it, the end of the world won’t be fun without a hovercraft, and you never know when you might have to go down a river or across a lake!  Start looking around the internet for a 3 person Scat hovercraft, you should be able to pick one up for $2000-$3000. 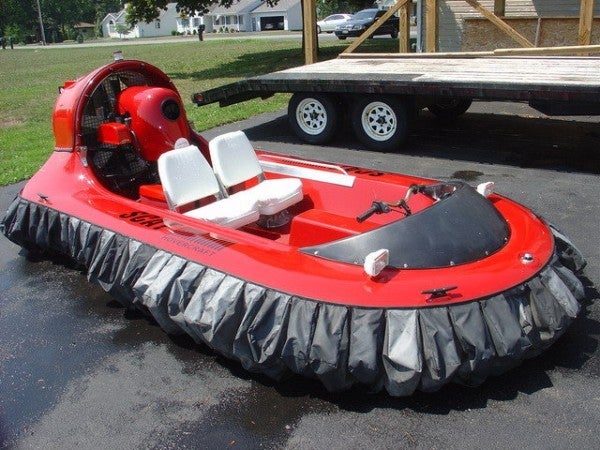 I wouldn’t add much to this besides a couple gun turrets, and maybe an outer shell of Kevlar/Zylon to protect the skirt.

If you’re handy with motorcycle engines you could certainly make a much faster and more powerful hovercraft as well, and in turn add more protection.

So there is some genuine (almost) real world advice for you guys!  What would your DIY Doomsday Car be?