As planned obsolescence isn’t a part of Bentley’s vocabulary, new models don’t come around very often. As such, when a new one is on the way it’s a pretty big deal (unless you’re the EXP 9 F, that is…). Most of the discussion around new Bentley models has centered around the possibility of an SUV. The next major auto show coming up is the Geneva Motor Show in March.

Some important debuts are scheduled, including a convertible version of the Chevrolet Corvette C7 that launched to great fanfare at the North American International Auto show last month. Last year at Geneva, Bentley showed off the ill-received EXP 9 F SUV concept. This year is a return of roots of sorts, as a redesign of the Flying Spur is on the docket. After the previous-generation Continental GT became so successful, Bentley added the Flying Spur sedan on the same platform a few years later.

With the Continental GT having been recently redesigned, the Flying Spur is due for a significant update as well. The 2014 Flying Spur has been spied multiple times, and it appears that it will be getting more differentiation versus the Continental GT. To give us a previous, Bentley has released a blurry new teaser photo sketching the outline of the car. So far we’ve gathered that biggest elements that are going to be changed. One of biggest will be at the rear of the vehicle, where horizontal taillights will feature.

Horizontal taillights are a design element from the 1990s that is making a return (2013 Lincoln MKZ, we’re looking at you). What is going on around the front isn’t clear, but we would like to see a little more creativity in Bentley design. We know….good luck on that one. The Flying Spur’s interior is expected to get a full redesign as well, in the vein of the Continental GT. Along with the new teaser image is a video announcing the car’s arrival. The Flying Spur scheduled to debut on February 20th. Few details are available other than that, but we do know the car will be getting the Continental GT’s powertrain options – including the lower-cost 4.0-liter V-8 model that we’d choose if we ever owned this car. 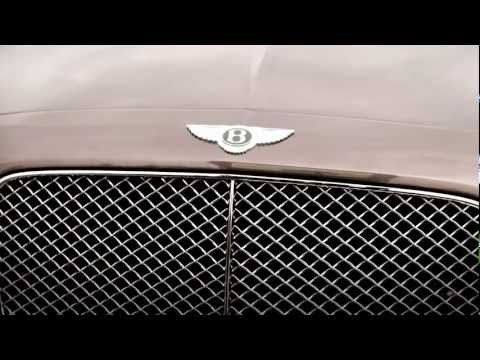