Cons: no full-size spare wheel; even more feel at the steering wheel would be welcome.

The only negative I could find about the S7 during a return trip from Sydney Airport to the Hunter Valley was that the latest R8 supercar was also on the drive. Many fortunate journalists got to try each car over the length of the journey, and I spent my first stint in the gorgeous R8.

Compare the S7 with almost any other 4-door sedan or coupe on the market at any price, and the four circles indicate the winner. It’s a knockout.

Audi looks almost certain to become the world’s biggest seller of luxury cars. The range is extraordinary. I could hardly believe that all I had to type was “Audi S7” because that’s it, just the single variant!

The S7 shares its mechanicals with the S6 sedan as the A7 does with the A6. This car is the ultimate 6/7 offering but is so capable that the $200K price tag seems reasonable.

Check out those 20-inch alloy wheels and how well they fill the guards. Does any other German sports luxury sedan have quite such a wide stance and such a hunkered-down look, combined with what I would call sheer beauty? 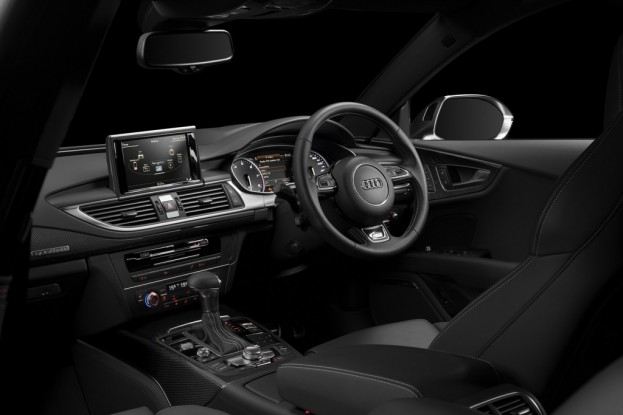 The S7 is a 4-seater. But doesn’t it cosset those lucky occupants!

Where A7 buyers have to be careful with the extensive options list, the 50 S7s on offer locally (with a matching supply of S6s) are highly specified. In fairness, at $200K, you’d expect that.

The S7 doesn’t merely pack the kit; it packages it magnificently. This car is just lovely.

Despite having seats for just four, it is an astonishingly spacious 2-seater because luggage volume is 1390 liters with the rear seatbacks folded.

The biggest downside is the absence of a fifth 20-inch wheel, but packaging one would be a challenge! This is an all-new 4.0-liter V8 equipped with twin turbochargers and, as I have said, cylinder de-activation.

You never sense the moment when the S7 stops running on all eight and switches to four, but it’s a major reason why this so-fast sports car has an official fuel economy figure of 9.6 liters per 100 kilometers (24.5 mpg.) That puts it in close company with 6-cylinder Commodores, Falcons, and Aurions (it’s an Aussie thing.)

Audi’s 7-speed S-Tronic gearbox (yes, it’s a DSG, but Volkswagen has the rights to that acronym) works almost seamlessly. However, these dual-clutch gearboxes (manuals disguised as autos and with no third pedal) can be a little hesitant when maneuvering in tight situations. 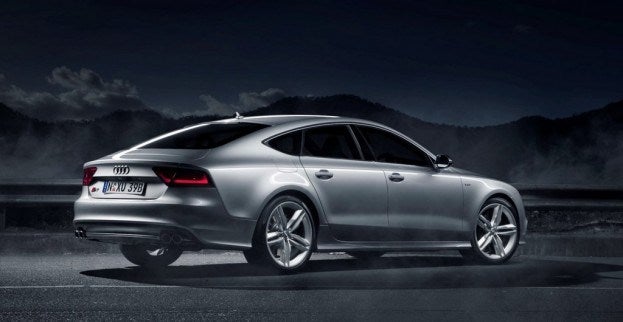 This does feel like a big car on tight roads, and perhaps you’d rather be punting the TT RS Plus under such conditions, but on a track, it would be astonishingly quick.

The Quattro all-wheel-drive system is extremely advanced, but the S7 still feels like a car where the front wheels have more influence on the handling. Much of that is due to weight distribution because Quattro sends the power where it’s most needed.

Thanks to the Renn Sport air suspension, the ride is always good, and with the drive select system set to ‘Comfort,’ it approaches plush.

You’ll need to engage ‘Dynamic’ to get the steering feel enthusiasts want, and it remains the case that Audis without this feature, e.g., the TT RS Plus, continues to lack sufficient heft at the rim.

There is even an ‘Individual’ mode in drive select, and I tended to set everything on ‘Dynamic’ except the suspension because we weren’t on a track.

This is an extremely fast car and always feels big. While great on any road, it really demands a racetrack to show its prodigious best.

This article was proudly researched and written by Shaun Mcgowan a writer from carloans.com.au blog.