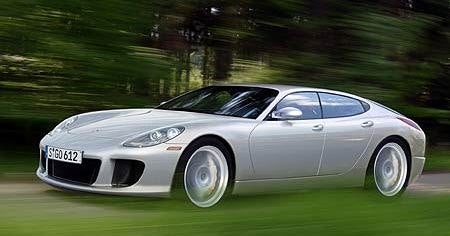 7 Sedans That Should Be Coupes

Ever since man began making cars for more than just getting from A to B, two-door coupes have been a sign of automotive enthusiasm and overall sportiness that a four-door sedan simply could not fulfill. A recent wave of sport sedans and four-door coupes have been introduced to the market, but for us sports car enthusiasts, they just aren’t good enough.

For the purposes of this article, we’re referring to a sedan as a car with four doors, and coupe as a car with two doors, even though the technical definition of the two terms are slightly different. Please see Coupe vs Sedan for more information regarding the technical differences.

So which new cars are produced as sedan-only, when they should be offered as coupes? Keep reading…

The Lexus IS-F’s 5.0-liter V8 develops 416 horsepower and is controlled by an 8-speed paddle-shifted transmission through a RWD drivetrain. Why it looks almost identical to the weakling 2.5-liter IS250 is beyond me. If I’m going to buy a $60,000+ supercar, I don’t want it to be a 4-door sedan. Actually, I think the whole IS line should be offered in a two-door variation. It is, after all, Lexus’ sportiest model behind the overrated SC.

So Pontiac has the G6 – a capable and sporty midsize car with up to 252 hp, offered in coupe, sedan, and convertible variations. Then we have the G5 – a completely pointless compact, which is nothing but a rebadged Chevy Cobalt Coupe. But the only Pontiac which could be called a true sports car – the G8 – is only offered as a sedan.

The G8 GXP features GM’s LS3 engine – a 6.2-liter V8 producing 415 horsepower, propelling the car from 0-60 mph in 4.6 seconds. Pontiac’s most powerful car is also one of their only cars not offered as a coupe.

It’s no secret that I’m not a fan of the new design direction Acura has taken for 2009, but I can’t deny that they’re upping their game for all 2009 models. The Acura TL is a perfect example. It’s a step above the entry-level Acura TSX, and a sportier option than the luxurious RL.

Acura gave up on coupes when they canceled the RSX after 2006, but this didn’t make sense to me since Acura has always been a sporty brand. You could argue that the Acura TSX is better fitted to be a coupe, but it’s just a rebadged Honda Accord, and we already have a very capable Accord Coupe. The 2008 Acura TL offered a Type-S version which was very sexy, but the redesigned TL doesn’t get a sportier version. Hopefully 2010 will bring us a TL-S Coupe.

For the 2008 model year, Honda produced a very limited run of a MUGEN-tuned Civic Si Sedan. The Civic Si is available for both the coupe and sedan, but the MUGEN variation – which included a tuned exhaust, lightweight 18-inch wheels, sport suspension, and a body kit – only came available as a sedan. You’d think Honda would give the sportier Civic Coupe the honor of doning the MUGEN badges.

The Mitsubishi Lancer Evo has always been known for its excellent performance-to-dollar ratio. The turbocharged 2.0-liter engine produces 291 horsepower and 300 ft/lbs of torque through a 6-speed paddle-shifting gearbox. Plus, it got around Top Gear’s test track faster than a Dodge Viper SRT-10. Doesn’t it deserve to look like a proper sports car? Yes, Mitsubishi has the two-door Eclipse available, and that’s the only reason I’m not bitching about the regular Lancer being a sedan only. But the Evolution? Come on.

Speaking of fast Top Gear lap times, the Stig pushed the Subaru Impreza WRX STi around the track 1/50 of a second faster than the aforementioned Lancer Evo. If Subaru doesn’t think this 305 horsepower, AWD, Alcantara-clad beast deserves sport coupe status, what do they think does?

At the 2008 Detroit Auto Show, Cadillac unveiled the sexy CTS Coupe Concept, which gave me hope for this whole domestic car thing after all. Instead, they released the beastly CTS-V for 2009, which boasts a ridiculous (in a good way) 556 horsepower, making it the fastest sedan in history. That’s OK though, since this means that if they do decide to make a CTS Coupe variation, the CTS-V Coupe will be unstoppable.

Did I miss any, or do you think I’m wrong about any (or all) of these? Please leave your comments below.