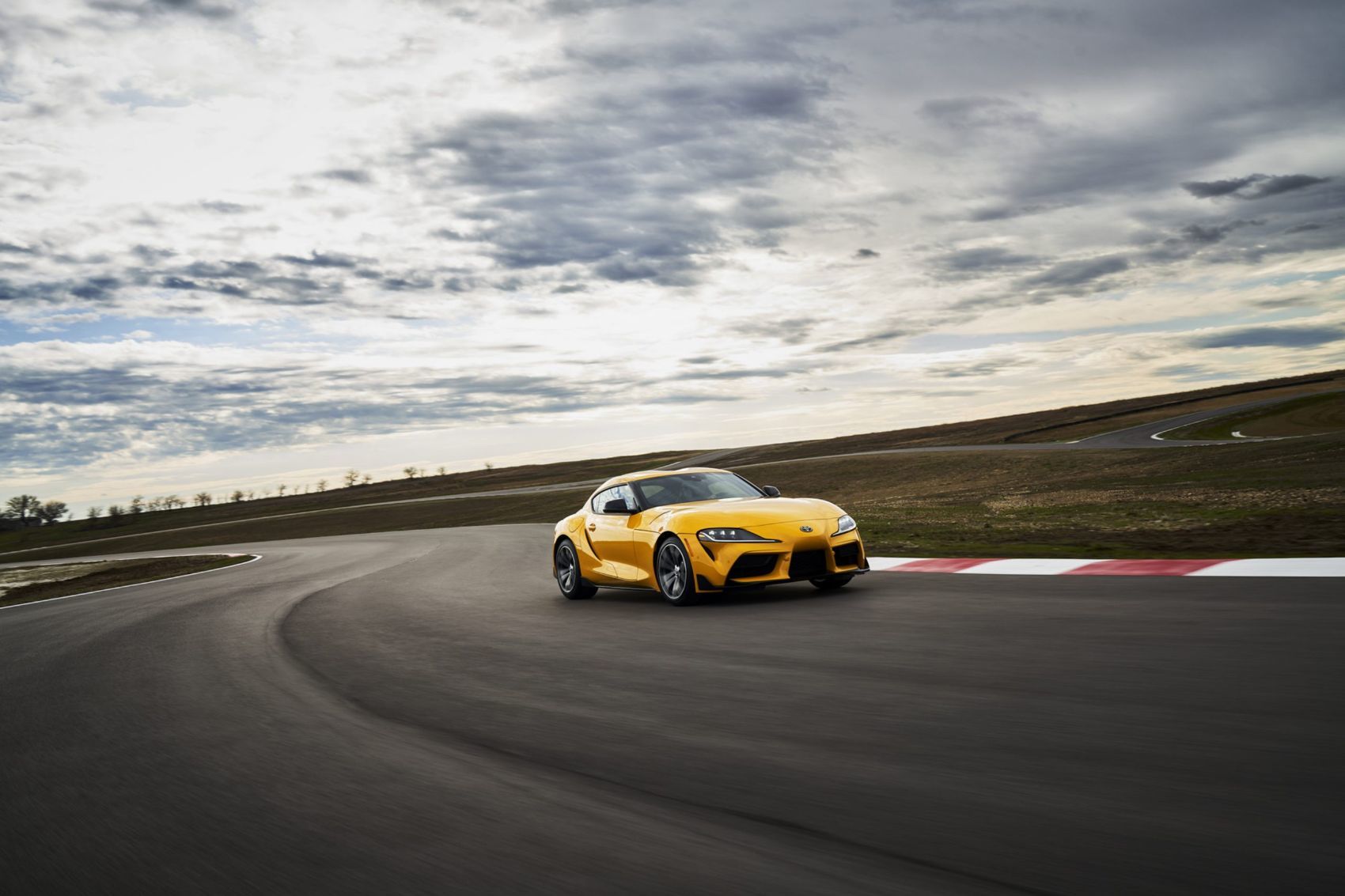 Toyota went back to the drawing board in revising the 2021 GR Supra. If you’ve been following Automoblog for some time, then you probably know I have mixed reactions about the fifth-generation Supra. And like the rest of the automotive community, I too was confused in discerning the fine line between the new Supra and BMW Z4. The Supra and the Z4 are sharing the same DNA (to put it kindly), and the new Supra is blunt about it, too.

All it takes is to lift the bonnet to see how the Supra is a German in Japanese clothing. I’m not saying it’s a bad thing exactly. Given how good BMW’s inline-sixes were in the second-generation E36 M3 – a car still on my list of dream vehicles to own – I had no doubt the Supra was going to have a stonking motor.

However, I and the rest of the guys here at Automoblog can’t help but argue on why the new Toyota Supra is short on power compared to the BMW Z4. And you know what, that’s basically the Supra’s (or Toyota’s) biggest fault here; not because it didn’t come with a manual (rowing your own gears is so 1990s), and not because it’s a Z4 clone (so what, car makers are all doing that now, right?). Rather it all came down to a power output issue.

Our biggest complaint was how Toyota purposely and blatantly under-powered the Supra’s 3.0-liter inline-six. But since Toyota was blabbering about balance and how the lack of power shouldn’t be a hindrance to enjoy some old-school driving fun, we went along for the ride. We even declared the new Toyota Supra as the best Toyota sports car, although we ended that declaration with a question mark, which essentially means we’re hankering for more.

And with the 2021 Toyota GR Supra, the Supra name is making a second big comeback, the way that it was supposed to be in the first place. For Supra fans, Toyota fanatics, or those who simply love sports cars, it’s all good news from hereon.

Yes indeed! The 2021 Toyota GR Supra is now producing the same level of power as the BMW Z4 M40i. Toyota did it by reducing the engine’s compression ratio (from 11:1 to 10.2:1) and upgrading to a new, dual-branch exhaust manifold (with six ports instead of the usual two) to improve heat management.

Where the previous model had 335 horsepower and 365 lb-ft. of torque, the 2021 Supra is now pumping out 382 horsepower and 368 lb-ft. of torque from the turbo 3.0-liter inline-six, the same power figures as a BMW Z4 M40i. We have no idea why Toyota didn’t do this from the onset, and we’re pretty sure those first Supra buyers won’t be too happy to see this change after the fact, but it’s here nevertheless.

According to Toyota, the revised engine pumps out higher torque figures at higher engine speeds. This means you’ll still feel the engine pushing even if it’s spinning at almost-full capacity. It’s the type of sensation we’re expecting from a returning king. The motor now churns maximum torque from 1,800 to 5,000 rpm while peak power is produced from 5,800 rpm all the way to the rev limiter.

Obviously, the power increase is accompanied by faster acceleration. The 2021 GR Supra 3.0 hits 60 in 3.9 seconds, a slight improvement from the previous model’s 4.1 seconds. No, you still can’t have a manual gearbox, but Toyota is retaining the rather excellent ZF eight-speed automatic.

Toyota is right when they say even the exceptional can be improved. Aiming to boost the 2021 Supra’s cornering prowess and roll resistance, Toyota fitted new dampers; front and rear bump stops; and new aluminum braces to the strut towers to improve lateral rigidity. Toyota also fiddled with the programming of the adaptive variable suspension; electric power steering; vehicle stability control; and active differential.

Finally: A Four-Cylinder Supra Is Coming!

Having an upgraded Supra 3.0 is good news indeed. But the talk of the town would be the first-ever four-cylinder Supra, confirmed to arrive in the U.S. later this year. The entry-level Supra 2.0 comes with a turbo 2.0-liter inline four-banger, producing 255 horsepower and 295 lb-ft. of torque. And yeah, it’s basically the same power output as the Z4 sDrive30i, which is no surprise.

As usual, the Supra 2.0 gets an eight-speed automatic for its rear-wheel drive architecture. And since it weighs 200 lbs. less than a Supra 3.0, you’ll enjoy better fuel economy as well. Oh, and it reaches 60 mph in five seconds along with a top speed of 155, same as the Supra 3.0. However, the quest for lightness came with drawbacks. In order for Toyota to maintain a 50:50 weight balance for the Supra 2.0, some sacrifices were made.

Toyota also ditched the active differential and adaptive suspension from the Supra 3.0. Hmm, this is tricky. Depending on how you look at it, I guess it’s no biggie. But for true Supra fans (read: older people in their late 30s and early 40s), I mean come on. Granted we have yet to take the newest Supra for a spin, but we’re guessing you’ll need to have fast reflexes and hair-of-the-dog instincts to tame the Supra 2.0 when you’re pushing it to the limit; but it’ll be easier to do given you’re only dealing with 255 horsepower.

When Toyota debuted the Mk. V Supra last year, the Japanese car maker allocated 1,500 units as limited Launch Edition models. But for the reborn Supra, Toyota is offering 1,000 units as exclusive A91 Edition models. It’s only available in two paint colors (Nocturnal and Refraction, go figure) and will have the standard 3.0-liter turbo motor.

However, the Supra A91 Edition will have carbon-fiber elements on the lip spoiler; C-pillar graphics; and mirror caps. The car also receives matte black wheels, and a black Alcantara leather-trimmed interior with blue contrast elements to make it stand out from an “ordinary” Supra.

Also new for the A91 Supra are red Brembo brake calipers with Supra logos, a feature shared with the Supra 3.0 Premium. All Supras now come with a larger 8.8-inch touchscreen instead of the 6.5-inch display of the previous base model.

Toyota also came up with a racing version of the 2021 Supra called the GT4. Although still based on the new Supra, the GT4 is further massaged and honed by the blokes at Toyota Motorsport GmbH (TMG). It starts with a 430 horsepower version of the turbo inline-six motor, and a new seven-speed sports-automatic transmission with paddle shifters and a mechanical limited-slip differential between the rear wheels.

The outgoing Toyota Supra came standard with automatic emergency braking with pedestrian detection; forward-collision warning; lane departure warning with steering assist; and automatic high beams. We’re assuming all these features are also standard in the Supra 2.0, given an expected sub-$40k base price. Although, Toyota’s Safety and Technology Package is new for the 2021 Supra.

Toyota failed to mention pricing, but we know the 2021 GR Supra – including the new four-cylinder model – will arrive in June. The Supra GT4 is coming in August. 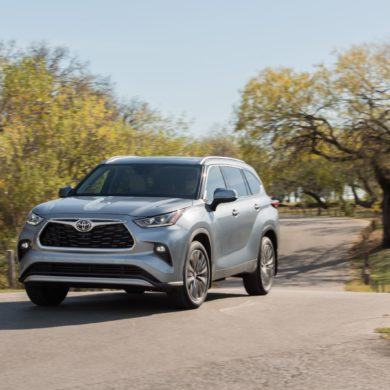