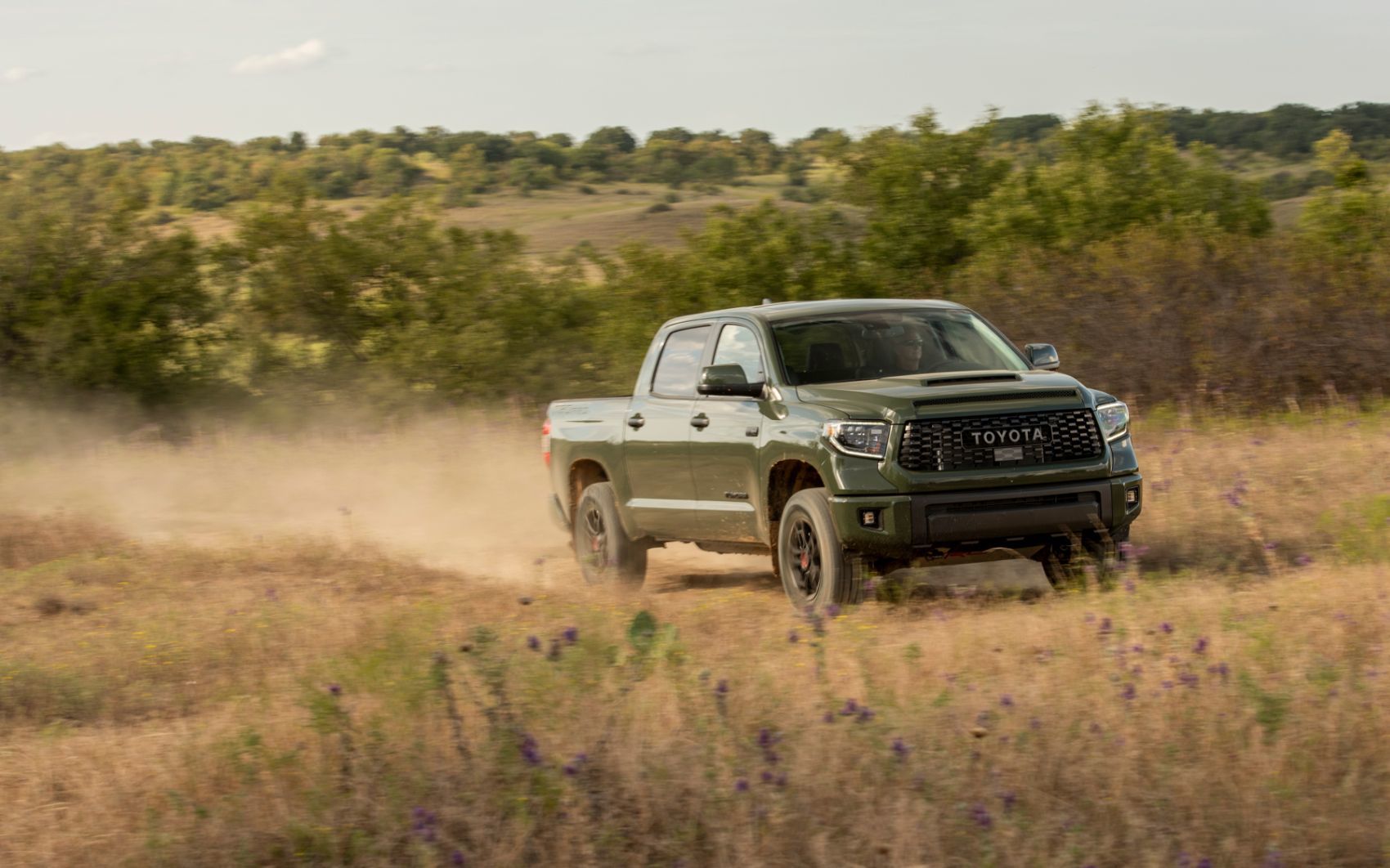 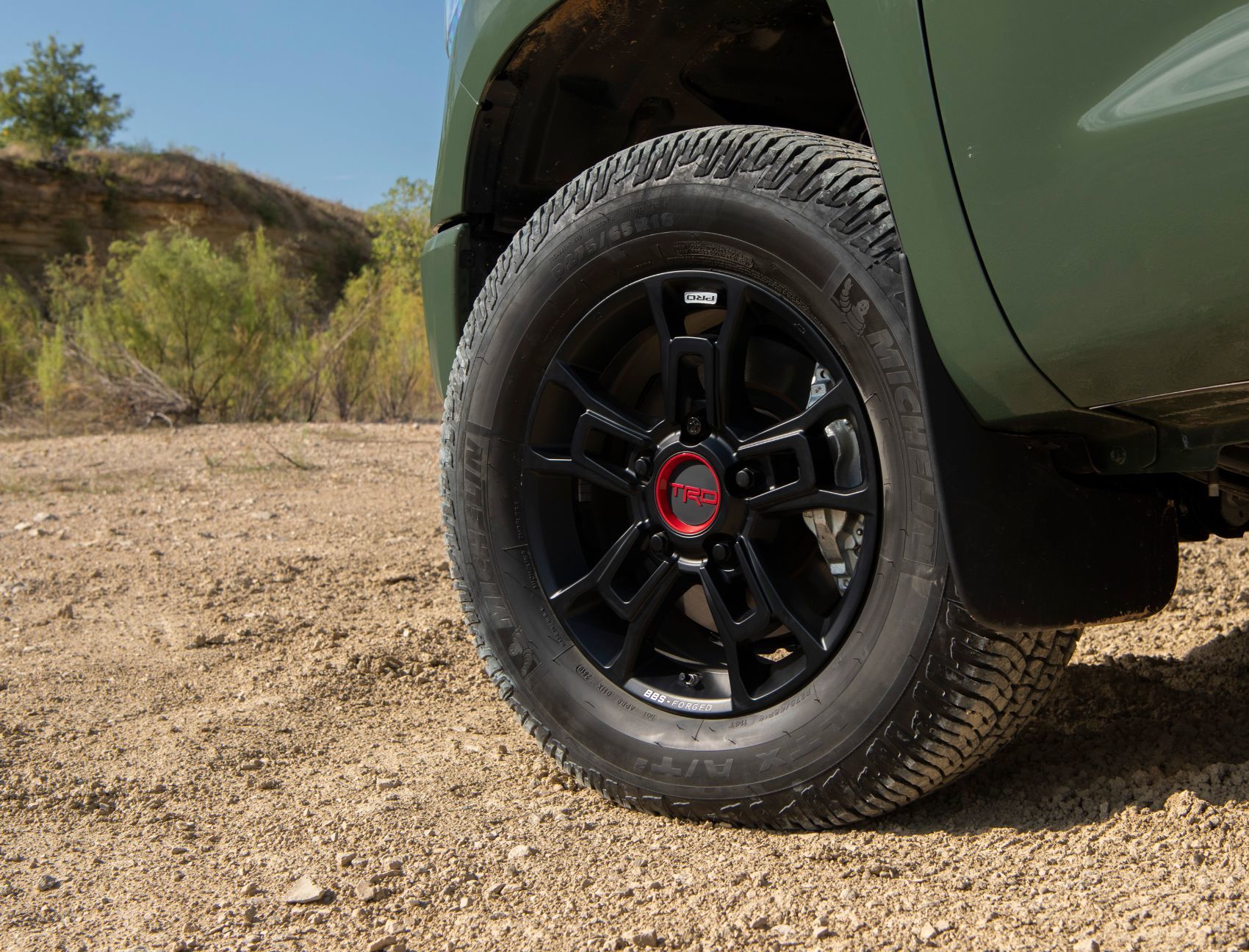 In Our Editorial Opinion:
The 2020 Toyota Tundra is a solid truck, but it's the oldest now in the segment and in need of a complete redesign. We like the Tundra - we really do - but consumers who are researching trucks may find GM, Ford, and Ram have better options. Toyota fans will likely stick with the Tundra, but this current model will do little to sway a Ford or Chevy buyer.
Exterior Styling
75
Interior Layout
85
Driving Dynamics
80
Safety & Tech Features
91
Everyday Functionality
80
Pros
Roomy Interior
Safety Technology
Off-Road Capability
Cons
Fuel Mileage
No Heated Seats
Outdated In General
82

The 2020 Toyota Tundra TRD Pro is for those who want to have a little more fun in the dirt. Off-road enthusiasts will want this big truck for its extra off-road treatments and improved off-pavement performance. It’s the perfect truck for hunting, outdoor recreation, and getting off the beaten path. This week, we did plenty of that with the 2020 Toyota Tundra TRD Pro CrewMax.

The Toyota Tundra gets an upgraded audio system that now includes Apple CarPlay and Android Auto. The TRD Pro is now offered in either a Double Cab or CrewMax configuration, while the SX Package for the SR5 now includes CrewMax models. The 4.6-liter V8 is no longer available.

The Tundra TRD Pro is available in Super White, Midnight Black Metallic, Magnetic Gray Metallic, and the TRD Pro-exclusive Army Green for 2020. Aside from that, very little is new about the Toyota Tundra. It’s now the oldest truck in the segment.

How Much Does The 2020 Toyota Tundra Cost?

Stepping inside the Tundra reveals a spacious cabin ready to haul five adults and/or kids around with ease. There’s sufficient legroom for every rider, but the CrewMax is definitely the correct choice if you are regularly carrying six-footers in the second row. The leather-trimmed bucket seats are plush and comfy. They feature an attractive red stitching that nicely sets off the black seats and dash.

The rear seats slide and recline, though the backrest reclining angle isn’t too comfortable and the cushions are somewhat low. While the inside is nice overall, the 2020 Toyota Tundra is outdated versus the competition in terms of styling.

The TRD Pro is updated with the larger eight-inch color touchscreen to control the climate, audio, and navigation systems. Even with the touchscreen, the dash’s large knobs can be operated while wearing gloves, something we noticed as temps dropped in Denver this week. Those who use their TRD Pro for work can take advantage of the multiple storage areas inside for tools and electronics.

A premium JBL 12-speaker sound system now comes on Tundra TRD Pro. We cranked up the tunes and sat back to enjoy the ride.

Interior Highlights: Behind The Times

For 2020, the Tundra TRD Pro finally gets keyless entry and push-button start, which also brings remote start capability to the aging half ton. This addition is welcomed, since competitors have offered these features for several years.

One other thing is missing in this spacious cabin: heated seats. We think this is a must in this price range and for going into the high country in the winter. There is tons of room in this Tundra for even the tallest adults, but we would like to see heated seats in this truck. Our passengers on the way to lunch noticed this right away, as they assumed the leather seats were heated.

The 2020 Toyota Tundra TRD Pro gets one engine, the i-Force 5.7-liter V8, which is synonymous with the Tundra name. The engine produces 381 horsepower (5,600 rpm) and 401 lb-ft. of torque (3,600 rpm). Toyota’s 5.7-liter has an aluminum cylinder block; double overhead-cam heads with four valves per cylinder; and an Acoustic Control Induction System for a broad torque curve.

The i-Force comes mated to a six-speed automatic with sequential shift technology.

What Is The Gas Mileage of The Toyota Tundra?

EPA fuel economy estimates are 13/17 city/highway and 14 combined for the 2020 Toyota Tundra. Fuel economy is one area where the Tundra really suffers against the competition. Compared to Chevy, Ford, and Ram, Toyota ranks dead last in terms of fuel efficiency.

How Much Can The 2020 Toyota Tundra Tow?

Max towing capacity for the 2020 Toyota Tundra is 10,200 lbs. when properly equipped. The Tundra makes use of engine and transmission oil coolers, and a heavy-duty battery and alternator to help handle heavy loads. All Tundra beds are 22.2 inches deep and, when properly equipped, offer a payload capacity of up to 1,730 lbs.

How Does The Tundra TRD Pro Drive?

As soon as we got underway in the Tundra TRD Pro, we were reminded how much we like the truck’s optional dual exhaust system. The 5.7-liter engine comes to life when you step on the pedal with a nice throaty rumble. We pushed the big truck up I-70 west of Denver and into the mountains without issue. The V8’s 401 lb-ft. of torque helps get the big truck moving even at altitude.

The six-speed automatic gearbox shifts up and down smoothly, with shift points ideal for pulling a long mountain pass or hauling a large trailer. Our only concern is how Ford, GM, and Ram offer eight-speed and ten-speed transmissions. While the Tundra will haul whatever you want, your fuel mileage won’t be as good with only six gears versus eight or 10. This is yet another sign the Toyota Tundra is getting long in the tooth.

Driving Dynamics: Through The Snow

To get through a heavy snowfall this week, we turned the dial on the dash to “4WD Hi.” The Tundra TRD Pro has an on-demand, electronically-controlled 4×4 system with 4×2, 4×4 Hi, and 4×4 Lo settings. The Active Traction Control operates like an automatic limited-slip differential, sending power to the wheel with the most traction on both the front and rear axles.

We felt the Tundra TRD Pro had sure footing in the deep snow, and the bigger all-terrain tires offered the extra traction we needed.

On our daily commute to Denver, the Tundra had a civilized manner and handled fairly well in traffic. This only thing to consider is: around town, the CrewMax configuration, because of its length, can be tricky to park. This is where the Tacoma TRD Pro has an advantage. The off-road capability is the same but the truck is smaller.

Conclusion: Long In the Tooth But Still Okay

For those interested in venturing off-road or getting away from the city, the Tundra TRD Pro is a good choice. While it does fall behind the competition in some areas, the 2020 Toyota Tundra is still a solid truck with a strong track record of reliability. 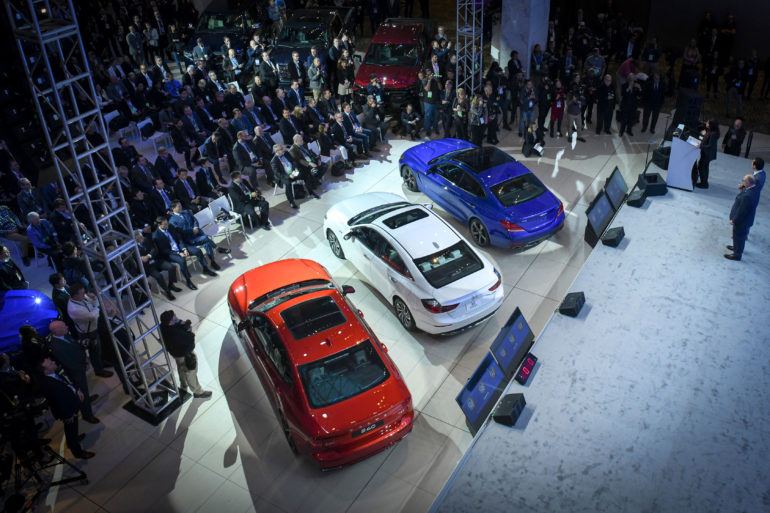 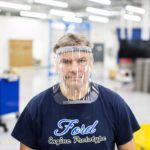 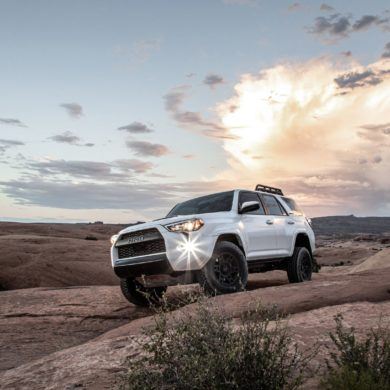