A Rundown of Every Rezvani Beast To Date. What’s Your Favorite?

Founded in 2014 and based in Santa Ana, California, Rezvani Motors is the newest company to enter the boutique supercar market with the lightweight and open-top Rezvani Beast. It’s essentially an Ariel Atom or Lotus Elise wearing different clothes. The Beast joins the Tank, Tank X, and Tank Military Edition in Rezvani’s lineup.

From Pen To Production

The team at Rezvani designed the base model Beast in under a year. In fact, the car still had the original brake discs and calipers of the Ariel Atom donor chassis. Initial models were penned by Samir Sadikhov while newer versions were redefined by Mahdi Kamali. The Beast Speedster arrived in September of 2015, while the Alpha came a short time later in 2016. The Alpha is essentially a coupe version of the Beast, based on the underpinnings of a Lotus Elise.

The Beast product line has undergone many reiterations, and the base model has spawned four different models including the Alpha, which is essentially a hardtop version of the original Beast. No matter which you choose, each of them come with supercar worthy-specs. Let’s take a deeper dive on each model below.

What Much Horsepower Does The Rezvani Beast Have?

Initial versions of the Beast (popularly known as Beast 300) came with a supercharged version of Honda’s 2.4-liter K24 racing engine. With dual camshafts and an intercooler, the engine produces 300 horsepower. Although the real daddy is the Beast 500 which came later and is named accordingly for the 500 horsepower it cranks out.

The Beast Is Lightning Quick!

According to Rezvani, the Beast is one of the most responsive and best-handling cars in the world, and that’s a bold claim. However, the Rezvani Beast has no problem getting up to speed quickly. It benefits from advanced aerodynamics including air tunnels within the doors and a rear diffuser to increase downforce.

The second model in the line, the Beast Speedster, hits 60 in 3.5 seconds. The Speedster’s carbon fiber body weighs 1,650 lbs., being motivated by a 2.0-liter supercharged four-cylinder engine. Although quick, the Speedster’s focus was primarily on handling.

“We really wanted to put the emphasis on agility over speed,” said Ferris Rezvani, CEO of Rezvani Motors in 2015 when the Beast Speedster was revealed. “To complement our 500-horsepower Beast, the Speedster focuses on handling and pure open-top performance.”

How Much Is The Rezvani Beast?

The Rezvani Beast retails for $279,000 on their website at the time of this writing. By comparison, Beast Alpha starts at $229,000 complete with those fantastic sidewinder doors. Rezvani will also build you a 400-horsepower version of Beast Alpha without the crazy sliding doors. Also, you get fiberglass body panels instead of carbon fiber on the regular Alpha.

After giving us a head rush with the Beast and Beast Alpha, Rezvani developed the Beast X. It came with a twin-turbo 2.5-liter inline-four by Cosworth. The engine produces 700 horsepower for a power-to-weight ratio of about 933 horsepower per ton, which is more than the SSC Ultimate Aero T.

Because of this, the Rezvani Beast X has no trouble rushing from zero to 60 mph in 2.5 seconds. The Beast X also came with racy styling bits including new aero gaps and fender grilles along with a new rear spoiler. Alpha X is a coupe version of Beast X. It had the same Cosworth motor, but Rezvani de-tuned it to only produce 525 horsepower.

How Much Is The Beast X?

The Rezvani Beast Alpha X Blackbird is the one to get if you want extreme performance. This car is only available in black and you’ll need to have a word with Rezvani if you want a yellow, red, or orange Blackbird.

Even though Blackbird is around $100,000 more than a regular Beast Alpha, you get the same turbocharged 2.5-liter Cosworth four-cylinder engine with 700 horsepower. The car has a six-speed manual gearbox but Rezvani is offering it with an optional six-speed automatic with paddle shifters for $15,000 more.

How Much Is The Rezvani Beast Alpha X?

Where the original Beast is a bare-bones track monster, the Beast Alpha X Blackbird is similar to a Porsche 911 or Audi R8. With standard features like air conditioning, power windows, and an infotainment system with Apple CarPlay, the Blackbird is a Beast you can drive to work every day. (And you probably have a cool, high-paying job if you can).

Of course, the Rezvani Beast remains entitled to an elite group of automotive enthusiasts. However, it’s good to know traditional gasoline-powered sports cars are keeping the flames lit amidst the dawn of electrification. 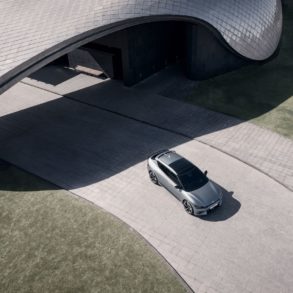