Infiniti has announced plans to build five new vehicles in China in the next five years, beginning with the QX50 crossover. The news comes ahead of the Beijing International Motor Show and highlights the importance of the Chinese market and electrification for Infiniti.

“Over the next five years Infiniti is planning to localize five new vehicles in China, tripling our sales in our fastest growth market, globally,” explained Roland Krueger, Chairman and Global President, Infiniti Motor Company, Ltd. “As part of our roadmap to electrify our portfolio, we anticipate that by 2025, more than 50 percent of new Infiniti vehicles sold globally and in China will be electrified.”

Infiniti operates in China via a partnership with Dongfeng Motor Company Ltd., China’s largest automotive joint venture. In 2017, Infiniti sold a record 48,408 vehicles in China, a 16 percent increase from the prior year.

“Together with our partner Dongfeng Motor Company Ltd., Infiniti is pursuing localization in China for China, expanding our network footprint and introducing new technologies, Krueger continued.

Before the Los Angeles Auto Show last year, Infiniti revealed the world’s first production variable compression engine for the 2019 QX50. The 2.0-liter engine, known as a “VC-Turbo,” adjusts its compression ratio to maximize performance. Infiniti says this challenges the notion that only hybrid and diesel powertrains can deliver high torque and efficiency.

“We will continue to strive to make Infiniti the top premium challenger brand in the market,” Krueger added.

During the Beijing International Motor Show the new QX50 will be unveiled for the first time in Asia. Local production of the QX50 will begin in the near future at the company’s manufacturing facility in Dalian, China. The QX50 crossovers built in China will be sold exclusively to the Chinese market and will be available for purchase later this year. 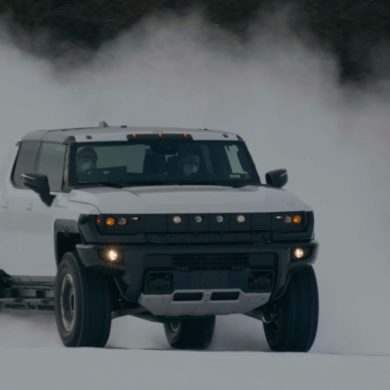