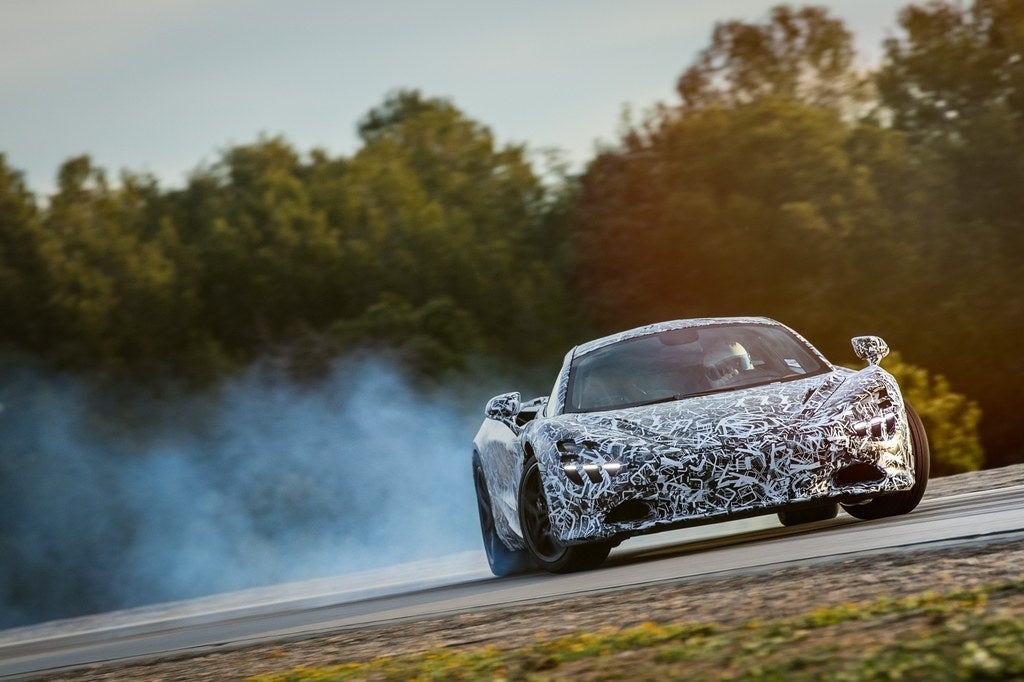 With the Geneva Motor Show fast approaching, McLaren is gearing up for the roll-out of the next generation of their Super Series. The forthcoming Super Series line will include 15 total cars as detailed in the company’s Track22 Business Plan.

“Super Series is the core of the McLaren business and personifies the blend of extreme performance, crafted luxury, and unparalleled driver involvement that is the McLaren heartland,” said Mike Flewitt, McLaren Automotive CEO.

Flewitt explained how the forthcoming generation of Super Series vehicles represents a significant move for the automaker. “This is the first time we have replaced a product family,” he said.

The new Super Series features an ultra-lightweight and extremely rigid carbon fiber central structure. The new design, called Monocage II, weighs less than the metal cockpit outline of the first-generation Super Series. The dry weight is around 2,800 lbs., about 40 lbs. lighter than a McLaren 650S with comparable specifications.

Monocage II allows for a wider cabin entrance and lower sill to improve access and provide better visibility. Performance dynamics are then enhanced through a lower center of gravity. McLaren is offering the “Visible Monocage” option, meaning the material on the inside area of the A-pillar will be uncovered.

Although the second-generation Super Series may seem like a bold step, McLaren fans may take comfort in knowing each individual aspect of the new line is carefully crafted.

“The new Super Series will be absolutely true to McLaren’s pioneering spirit in being a revolutionary leap forward, both for our brand and the supercar segment,” Flewitt said.

The cars of the McLaren Super Series can do zero to 124 mph (200km/h) in 7.8 seconds and the standing quarter-mile comes up in a shockingly short 10.3 seconds. I’ve seen racing motorcycles go slower than that. The engine is a new 4.0-liter plant with a new exhaust system, tuned to provide a soundtrack to match the performance. If for some reason, that’s not enough noise for you, there’s an available sports exhaust option for “more aural excitement.”

But if you stand on the binders, these things can brake to a standstill in just 4.6 seconds and 117 meters (about 384 feet). That is a full six meters less than the McLaren 650S supercar, nearly 20 feet shorter and almost on par with the McLaren P1 hypercar. And the P1 has to use all these gizmos like flaps and hybrid-regen braking and the like. The Super Series cars do it the old fashion way: Raw mechanics.

“As well as delivering the outstanding driver involvement and enjoyment for which the brand is renowned, McLaren’s new supercar will also excel in everyday driving,” explained Chris Goodwin, McLaren Automotive Chief Test Driver. “The extreme performance and dynamic prowess of the second-generation Super Series, honed by testing at the limits and beyond, provides the perfect foundation for it to be the most complete supercar across the full range of use.”

If you’ve even gotten a ride around a track in a race car, or even better still, drive one yourself, especially a formula car, you know the braking forces are literally mind-boggling. Indy racecars can pull more than 4Gs when they’re really on the binders. That’s enough to slide you forward in your seat against the already-tight harness, for your eyeballs to distend and start to come out of your sockets, and for your consciousness to gray-out.

Road cars, even high-performance ones, are not nearly this capable but are still pretty impressive enough. This is just the feature McLaren is touting about concerning the stopping capabilities of the new Super Series.

All this stopping aptitude comes down to lighter, stiffer brake calipers (most likely of a mono-block design), standard carbon-ceramic discs, and optimized brake pedal feel and modulation at the limit.

Those last two will be critical elements in delivering all the stopping power. Being able to hold your braking right at the limit of lock-up (and being able to modulate that) is a real godsend.

Finally, I have to give a big round of applause to McLaren for one of the nicest touches I’ve seen lately in a piece of corporate media. All of the main titles and such in their press releases are in a Papaya Orange font. Some people mistakenly refer to this color as ‘McLaren Orange,’ but they are wrong. The shade is appropriately referred to as ‘Papaya Orange, ’ which is Bruce McLaren’s favorite color, and the color of all of his racing cars from back in the 60s. Papaya Orange. 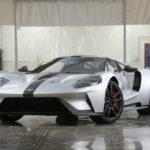 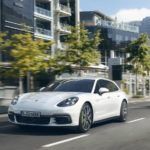