120 Years Since Patent, Diesel Power is Being Realized

As many are aware, the gasoline engine dominated the past century-worth of motoring. Steam power disappeared in the 1920s while electric cars lost early 20th century momentum. Throughout the time gasoline power has held a stranglehold of the automobile marketplace, there had been one other propulsion choice making a small but effective impact.

It was February 23rd of 1893 when a German inventor named Rudolf Diesel received the patent for his unique engine. Through a combination of trial and error (including one error that almost cost the life of the creator) as well as luck, Diesel discovered the principles that led to the engine and fuel that continues to carry the inventor’s name.

Specifically using high compression to force an air/fuel mixture to combust, diesel is known for several superior performance attributes. Impressive low-end torque development, high overall torque and robust fuel economy have been obtained with diesel engines. However, several downsides of diesel powerplants have been hurtful to fairly competing with gasoline on a global scale. History of diesel-powered cars defines a colourful automotive story. Unlike the case with numerous powerplant options staking a claim to the horseless carriage, diesel engines was not immediately accepted as an automotive powerplant choice. Diesel powerplants were first developed for stationary and naval applications. In 1897, Adolphus Busch (known best as the co-founder of brewing giant Anheuser-Busch) obtained the first rights for use of diesel technology.

It wasn’t until the mid 1920s that diesel engines would be considered for cars and trucks. Marketed initially to commercial truck operators, several early attempts to test diesel engines in passenger cars were performed by Stoewer and Citroen. The 1936 Mercedes-Benz 260 D would become one of the earliest production vehicles to tout diesel technology.

In 1929, Clessie Cummins spotlighted diesel power to North American audiences when he drove a modified Packard limousine 600 miles to an auto show in New York on what was said to be $1.38 worth of fuel. Struggling for years in selling diesel engines to the United States public, Cummins and his company set out to prove redeeming the powerplant as capable and reliable.

While Cummins never captured the Indy 500, the publicity work of the American diesel engine builder would ultimately cement the company as a future leader in the marketplace that would include involvement with Chrysler. The all-new Ram HD pickup truck contains the latest iteration of Cummins diesel power. Though diesel power had achieved acceptance in commercial vehicles by the 1970s, the efforts to move the technology into passenger vehicles took center stage when the oil crisis caused drivers to place great emphasis on fuel economy. Volkswagen began testing diesel power and Mercedes-Benz became the first automaker to sell a turbo diesel engine in their vehicles.

In the United States, the world’s largest auto company at the time (General Motors) would engage in a widespread effort that would have seen the automaker dominate the diesel passenger car market. Introducing the LF9 diesel V-8 engine in Oldsmobiles during 1978, General Motors proliferated the use of diesel during the 1980s across almost every vehicle they manufactured. An ambitious effort, the first major attempt for an automaker to embrace resulted in ultimate disaster.

Widespread reliability issues and terrible performance characteristics resulted in General Motors humiliatingly ending the experiment in diesel passenger car technology in 1985. It would not be until the recent introduction of the Chevrolet Cruze Clean Diesel that General Motors has committed to sell a diesel-powered car in North America.

While American automakers resisted the development of diesel technology in a global scale indirectly stained by the failure of General Motors, the European marketplace began embracing diesel engines with better results. Near the end of the 1980s, there were several automotive products in Europe using diesel propulsion. Volkswagen Group made a lasting impact with their TDI (Turbocharged Direct Injection) diesel first with the Audi 100 in 1989.

Turbocharged diesel and regular diesel engines would flourish in Europe because of expensive gasoline (a result of supply and high fuel taxes). Twenty years later, the European automobile market would have diesel engines powering roughly half of all new cars sold annually. For 2012, 50.8 percent of the passenger vehicles sold in the United Kingdom. 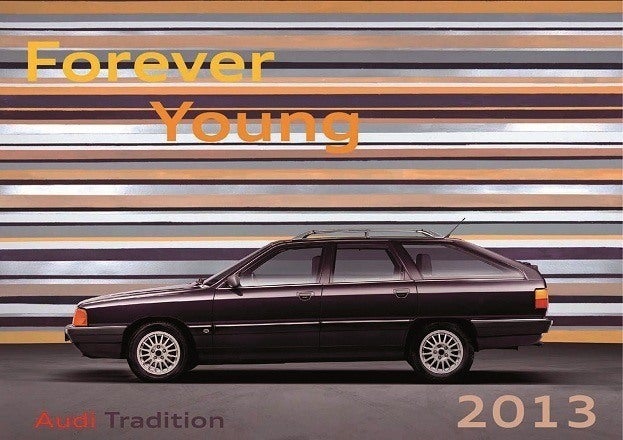 As diesel engines gaining worldwide interest, development into curing the technology’s aspects that are more troublesome have proven largely successful. Most notably, the rattling sound most people associated with diesel engines is reduced in the latest generation of the technology. Ongoing efforts have been underway in reducing the emissions of sulphur and NOx from diesel exhaust recorded as higher than burning gasoline.

Lower sulphur diesel fuel introduced to North America in the mid-2000s was the first step in making “clean diesel” a reality. To lower the NOx levels, new diesel engines are constructed to treat the exhaust gases before they flow out of the tailpipe. Diesel particulate filters and the emission-reducing technology of BlueTEC have brought clean diesel.

Unforgettable when mentioning the successes of diesel power in the past several years is success on the racetrack. Though an Indianapolis Motor Speedway victory has yet to be realised, diesel engines have carried drivers to victories in various locales in the sports car world. The Audi R10 TDI diesel prototype sports car won its maiden race at Sebring in 2006 before becoming the first diesel vehicle to win the 24 Hours of Le Mans.

Since the 2006 Le Mans victory, a diesel racecar from Audi or Peugeot has been the overall champions at the French track. Last year, the winning Audi R18 e-tron quattro was a TDI diesel combining electric power. New to the racetrack in 2013, a Mazda6 Clean Diesel car is competing in the GX class of the Grand Am Rolex Sports Car Series. Having arrived in European and other areas of the world, the North American market remains the largely undiscovered for diesel. Existing as more of a tourist in a gasoline culture, Audi, Volkswagen and a line of Mercedes-Benz vehicles had made up most of diesel’s content in the United States aside from heavy-duty pickup trucks. However, this is quickly changing as the fuel-savings of diesel remains tempting for cars and manufacturers wanting to increase their fleet-wide fuel mileage average

. The before-mentioned Chevrolet Cruze Clean Diesel, Porsche Cayenne Diesel, a new generation Jeep Grand Cherokee EcoDiesel and the Mazda6 Clean Diesel are new additions to dealership showrooms. More recently, Chrysler’s Ram division announced the extension of an EcoDiesel to the 1500 line of their pickup trucks for the 2014 model year. Hints of Toyota and Kia equipping some of their North American vehicles with diesel engine options have also been in the news.

A powerful source for vehicle propulsion, diesel has held tough thanks to various supporters over the past 120 years. Right now, it appears diesel is a burning answer to a burning question.