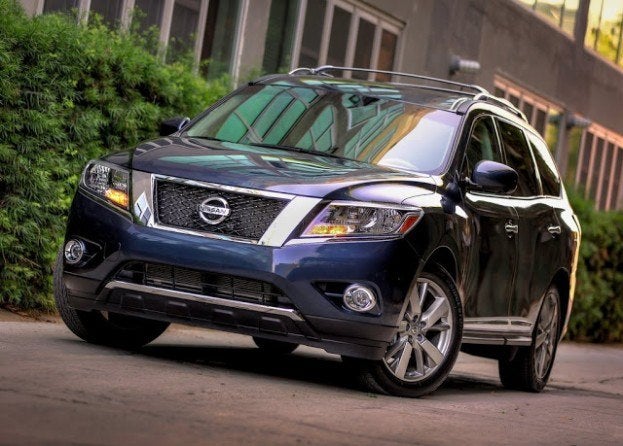 When I found out I was getting the all-new Nissan Pathfinder, I had heard that it had undergone a transformation. What was once an off-road SUV that was based on Nissan’s pickup truck, has now evolved into a much different animal. From the first moment I laid eyes on the 2013 Pathfinder, I knew this fourth-generation SUV had seen some major changes.

The previous generation Pathfinder was built for the possibility of off-road use, even though most owners never take them off the pavement. This is why Nissan has changed direction and redesigned the SUV and turned it into a pure family hauler. The first thing I noticed about the 2013 PLT 4X4 ($40,770) tester was the lower ground clearance. As I entered the cabin, I could tell the ride height was much lower than before.

Immediately you can feel the changes Nissan has made on the inside. The cabin feels roomier and more comfortable. The overall length has increased 4.6 inches and width expands by nearly five inches. The only thing that shrunk was the height and that’s because of the lower ground clearance that makes it feel more like getting into a sedan. That translates directly to a roomier cabin. Nissan says interior volume grew by eight cubic feet. It feels roomier upfront and passengers in the middle row said they could feel the extra legroom. The third row gets easier access and reclinable seatbacks, but it’s still cramped quarters for adults.

Pathfinder gets a new drivetrain in the makeover, a new smaller and lighter 3.5-liter V6 that replaces the outgoing 4.0-liter powerplant. Because Nissan was able to reduce the overall weight of the new SUV, by 300-500 lbs depending on trim level. The V6 engine along with a new CVT automatic gearbox motivated the lighter Pathfinder just fine.

There was enough power to make highway passing a reasonable exercise, even with four passengers aboard. Even though Nissan has one of the better CVT automatics around, it’s still has a bit of a lag when you put the pedal down hard in uphill grades. Nissan uses the CVT to increase fuel mileage and says the new Pathfinder achieves 19/25 city/highway mpg when it’s equipped with AWD like this tester had.

Because of the lower ride height and suspension tuning, the Pathfinder performs well in the corners with little body roll. It’s still a large SUV, but it feels much smaller and handles much differently than the old model. If you’re looking for a serious off-roader, you will want to look elsewhere. The 2013 Nissan Pathfinder features a simplified four-wheel drive system. 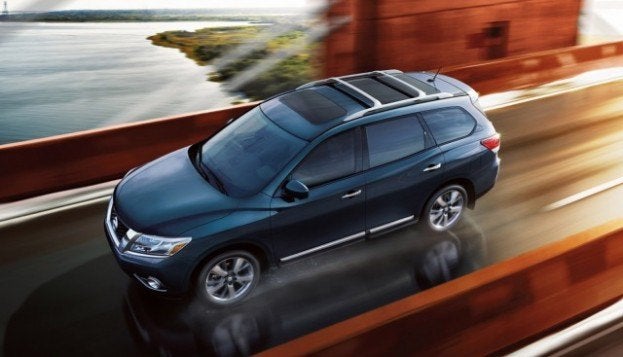 It comes with three settings: front-drive, automatic (sending power to the rear wheels when the fronts begin to slip), and four-wheel lock, which fixes front/rear torque split at 50/50. It functions well in wet, slushy, and icy road conditions, but it’s not on the same page as its predecessor for serious off-roading. But the Pathfinders overall ride is smooth and the cabin is quiet.

Pathfinder appeals to a new generation of buyers

If Nissan’s goal was to appeal to the family as an urban hauler looking to transport kids and gear, they succeeded. It’s a great choice for those who live in urban environments who will never take it to the backcountry. It will no longer be a good choice for anyone who wants to take on rough off-road treks.

But it offers a roomy, comfortable environment inside with plenty of high-tech gadgetry that will keep the kids entertained on long trips. Add in good in-class fuel economy and it’s a competitive entry in the full-size SUV field.

The all-new 2013 Nissan Pathfinder is bigger than the previous-generation model, with the more interior room, sharply reduced curb weights, and dramatically improved fuel economy ratings. It now drives more like a sedan than a big SUV. Nissan has moved the Pathfinder off the trail and into the urban jungle. 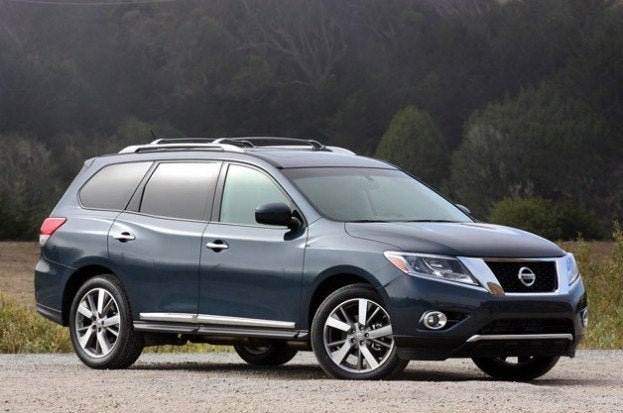