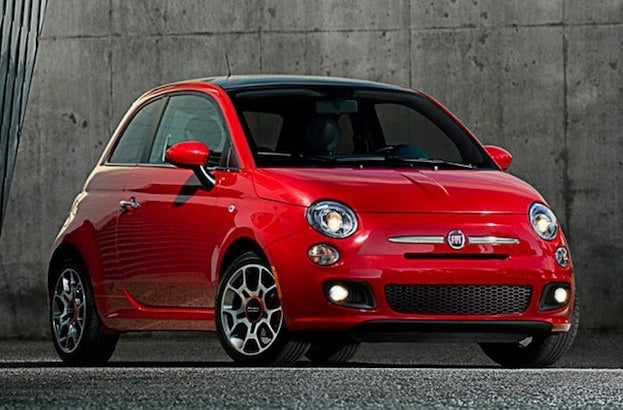 The 2012 Fiat makes its way back into the U.S. after being first introduced in Mexico in 2008. The first Fiat 500 made its launch in 1957 and has been a huge success in Europe with over half a million sold. The little car received the European Car of the Year award in 2008 after Fiat launched the 50th anniversary model called the Fiat Nuova 500 after the original car. The new version of the popular runabout features similar styling but is longer and bigger and comes with front wheel drive.

The 2012 Fiat 500 Sport is a fuel efficient city commuter that is 6 inches shorter than a Mini Cooper and 2 inches narrower. But the small two-door is more than 4 inches taller, giving the 500 an elevated seating position that increases visibility and also creates a bigger feel inside by offering more legroom. The cabin isn’t overly spacious, but it has a sporty feel to it. The instrument panel has the feel of a sports car with a tachometer ring inside the speedometer ring. It takes getting used to, but works with the LCD information inside.

The 500 Sport features standard cloth Sport seats that are comfortable and offer plenty of adjustment for the driver. Fiat says the little commuter is a four-seater, but there isn’t much legroom for adults to ride for more than a short trip. The rear seat does offer a nice area for cargo behind the seats though. But the 500 has more rear legroom and cargo volume than a MINI as well at 30 cu. in. vs. 24. 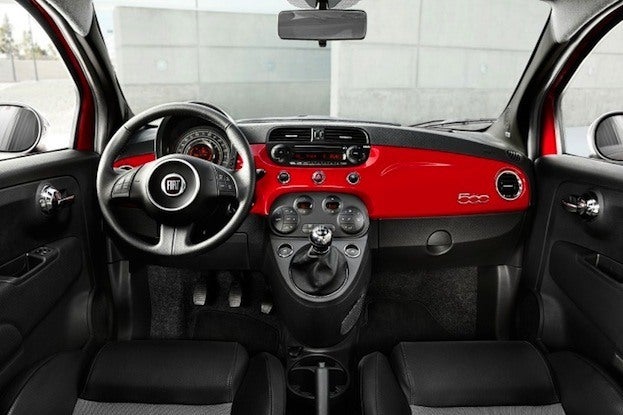 The Fiat 500 Sport gets a few extra features

The 2012 Fiat 500 Sport ($17,500) comes with special suspension tuning underneath, and unique features on the body like front and rear fascias with black mesh openings, slightly flared fenders, rocker panel cladding, and a roof spoiler over the liftgate. Outside Sport features include red brake calipers, chrome exhaust tip and foglamps and 16-inch aluminum wheels. The 1.4-liter engine develops 101 horsepower and 98 foot-pounds of torque. Fiat says the new engine gets some new technology that they call MultiAir which is a “reinvention of the cylinder head.” The engine features a “MultiAir” valve control system that promises up to 10 percent more peak power, up to 15 percent more low-end torque, up to 25 percent better fuel economy, and up to 60 percent fewer emissions than the previous generation engine. The 500 does take premium fuel but it can be run on regular unleaded without the driver feeling much difference except for extreme performance needs. EPA estimates are 30/38 city/highway mpg.

Driving the 2012 Fiat Sport is especially fun in the city for drivers who need to zip in and out of traffic on crowded streets. The 1.4-liter four-cylinder engine is high revving, and comes coupled to a five-speed manual gearbox. The 101 horsepower engine has enough punch to enter freeway traffic and the five-speed makes it easy to keep rpm’s up for maximum power. 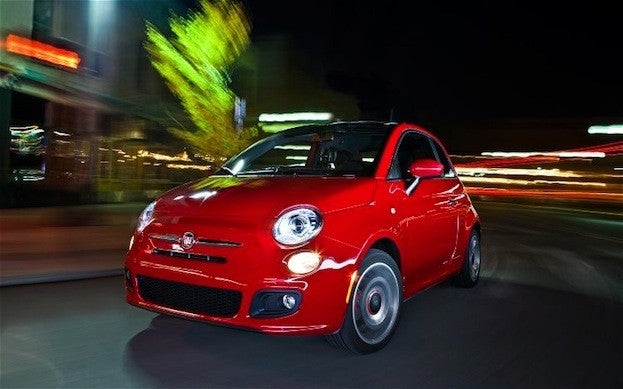 The Fiat 500 loves to rev high and gets maximum power at 4000 rpm and redlines at 6800. The 500 Sport with the five-speed gearbox has short throws and the location of the shifter is ergonomically natural, which translates to ease in shifting and offers a sporty driving experience. The Sport suspension is firmer for performance driving, so those looking for a softer ride can opt for the POP or the Lounge variants.

Overall, the 2012 Fiat 500 Sport is a stellar city commuter that can be a good alternative to the MINI. While it doesn’t offer the power of a German sports coupe, with the five-speed gearbox, it is fun to run errands and can maneuver through traffic with ease. But it’s one of those cars that unless you have driven it, it will likely be misunderstood. 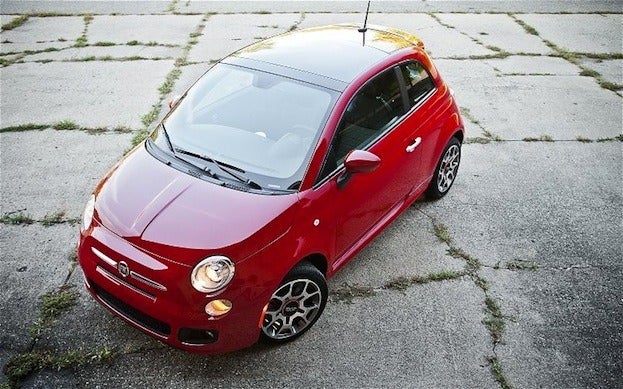