With just a week to go until the Geneva Motor Show kicks off, Aston Martin has unveiled the latest addition to its lineup.

The Rapide, an entry into the four-door “coupe” segment, ranks as one of our favorite Aston Martins. Following models like the Vantage, DB9 and DBS, the Rapide debuted a further evolution of Aston Martin style. 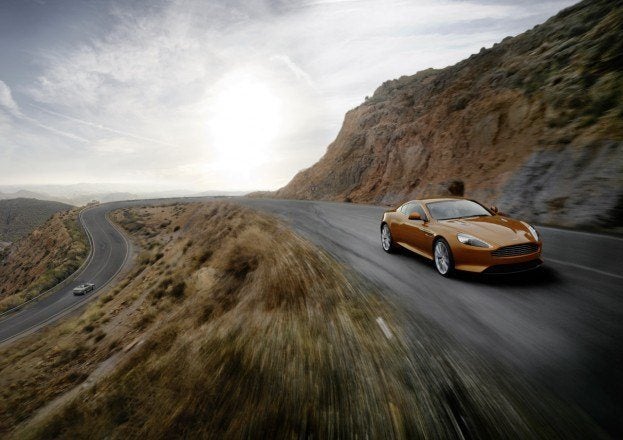 The Virage continues that evolution, offering a look akin to a two-door Rapide. In the process, it eclipses models like the DB9 and DBS in the style sweepstakes. The design is elegant, oozing luxury with a simple, clean appearance.

Aston Martin says the Virage is “the perfect balance” of opposites, sitting between the luxury-focused DB9 and the more performance-oriented DBS. It seems very similar to the DB9 on paper but, who would turn down more additions to the Aston range? The British manufacturer says each has a distinct character.

The Virage uses Aston’s 6.0-liter V-12 engine under the hood, making 490 horsepower and 420 pound feet of torque in this application.

Underneath the car is a further evolution of the “VH” architecture that underpins all new Aston Martins. That means a bonded aluminum chassis and the use of composites, magnesium and of course aluminum, to save weight. 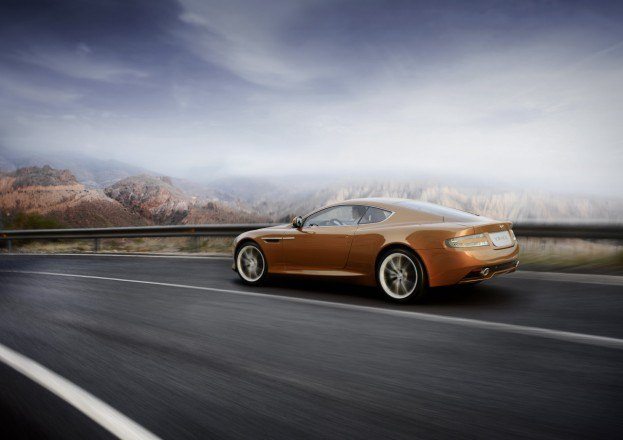 As for things shared with the more sporting DBS model, the Virage adds an Active Damping System (ADS) that reads the road and constantly adjusts to the information it receives. There are a total of 10 (!) suspension stiffness settings within two modes, normal and sport. Sport offers a quicker throttle response time and gear changes.

Standard on the Virage is Carbon Ceramic Matrix (CCM) brakes, an expensive option on most performance vehicles. Ceramic brakes offer advantages that include reduced weight, resistance to fade and much improved stopping power. CCM brakes are part of Aston’s overall drive to reduce weight in the Virage, all while maintaining high standards of luxury.

Both Virage Coupe and Virage Volante convertible models are on sale now at Aston Martin dealers across the world, with official pricing information expected to be released next week. Each Virage takes 200 man hours (70 spent on the interior alone) to handcraft at Aston Martin’s factory in Gaydon, Warwickshire, England.

To our eyes, there isn’t much more beautiful automobiles in the world than those currently produced by Aston Martin. British luxury and performance and luxury at its finest; new cars from the company have positioned Aston Martin at the top of the automotive heap once again. It’s (almost) enough to make us forget about the atrocity that is the Cygnet.

The company’s “VH” aluminum chassis architecture has spawned many model variants, and the Virage is the latest in that succession. The car was first shown off ahead of the Geneva Auto Show in February. The Virage comes looking like a two-door version of the Rapide, and that means a sleeker and more elegant look than that of the DB9 and DBS. Count us as fans.

Until now, we’ve been subject to the bland studio press photography that usually first accompanies automotive press releases. Aston Martin has just released some high-quality photography of the car now, and you can check out the latest stunner hailing from Britain in the gallery below.