Maserati To Get Into Hybrids 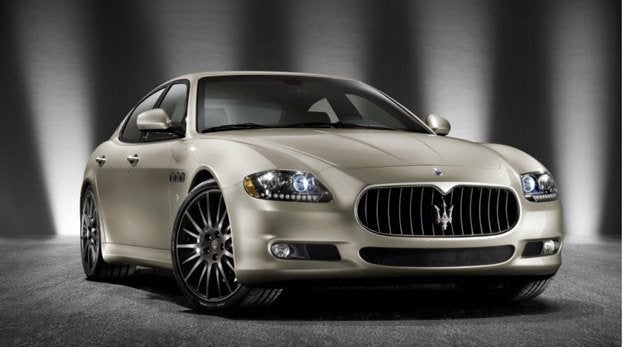 After Ferrari debuted its Hy-Kers hybrid at Geneva, reports have it that corporate sibling, Maserati, will soon follow suit. Ferrari is planning to push hybrid versions of every model in its lineup within three to four years, so it follows, with the technology sharing between the two companies, that hybrids most likely will be in Maserati’s future.

The two auto manufacturers, aren’t as tightly intertwined as they used to be, but both are still under corporate boss Fiat’s umbrella, and Maserati is expected to leverage Ferrari’s hybrid R & D development for its own cars.

In a lot of ways, this makes more sense, from both engineering as well as a marketing perspective. For one thing, Maserati makes bigger cars (sedans even) and that means packaging hybrid components will be much easier than for a smaller, two place sportscar. Also, Maseratis are normally less pricey then Ferraris, Maseratis are more frequently driven and rack up more mileage on a yearly basis, and they are also as much about image as anything else; so if you are wanting to be a clean, green show off, a Maserati is potentially a better way to go. Also, the potential costs to performance and weight won’t have the purist’s sports car bias to overcome with your typical Maserati buyer.

Ferrari is known to be deploying the KERS system across its range as a way of meeting necessary emissions targets. So, although there are some performance benefits to running an F1-derived KERS hybrid system on the street, Ferrari is also looking to meet European and American emissions standards. That same logic to meet the regs on two continents also applies to Maserati. In other words, there will most likely be more than one hybrid Maserati spearing over the next several years.

According to our sources, Maserati is also working on other initiatives beyond the rumored hybrid drivetrain to help improve fuel efficiency in its cars, including weight reduction. And I have to say that all this sounds great. All car companies should be figuring out how to make there cars more efficient and lighter, so why not Maserati?