Next Gen Mazda Miata To Be Lighter, With Smaller Engines, And Electric Power Steering 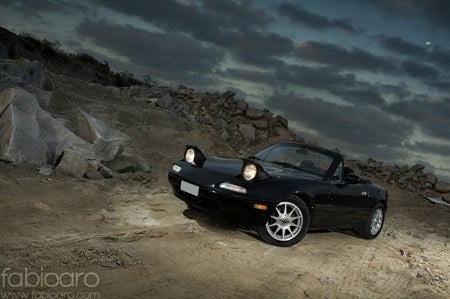 Well, this one seems like a no-brainer to a guy like me. As someone who is a lifelong, died-in-the-wool sports car guy, and is a particular aficionado of lightweight sportscars and Miatas in particular, these rumors of what the next-gen Miata will sound like music to my ears.

What the next gen will hold, potentially, is a smaller engine, electric power steering and best of all, more lightness.

Via AutoBlog and an outfit called GoAuto comes word that amidst the ongoing design process on the next-gen Mazda Miata, company engineers are beavering away to make sure the iconic two-seater will feature smaller, force-fed engines and a lighter curb weight.

The rumors that have been around since the cars introduction that a rotary version is ‘just around the corner’, are still just that: rumors. And that’s probably a good thing, given that rotaries are still relatively dirty and inefficient in comparison to reciprocating engines. And look, I don’t have anything against Wankels. I used to race an RX-7, and have driven more than one Miata with a rotary dropped in. Boy are they fun. But a major corporation has more to worry about than just providing fun. So, with the current economic and environmental climate in the world, relatively dirty and inefficient is not the best of options.

Mazda IS thinking about a newly developed line of four cylinders with direct injection and, drum roll please, forced induction. And yeah, I’ve been in more than my fair share of Miatas with turbos & superchargers, and dear God does that make for a fun ride, so this sounds like a good idea from the get go. Sources are hinting at putting mill from the MazdaSpeed3 under the hood of the next Miata. OK, sounds good t’ me.

As for the electric power steering, some might decry it, but I see it as being (potentially) a net gain. Yeah, some rides out there with EPS seem to be pretty atrocious, but there are others that are pretty impressive. One that springs to mind in BMW’s MINI. For a front driver, the MINI is a pretty damn good handler, and the steering feel is great, so BMW has figured out how to get EPS to work. And you know another car that has electric power steering that’s great? A Formula 1 car. So if it’s good enough and can be worked by BMW and a bunch of F1 guys, then I say drop it into the Miata. It’ll safe weight and put less drag on the engine … meaning more power to the road, which is a good thing.

Speculations leaking from Hiroshima about the chassis all feature one word prominently: lighter. Expect some significant re-engineering going on under the skin to make the next gen Roadster lighter, tighter, and produce even better handling. Also expect the design and look of the new car to be less predictable and careful. Mazda’s design chief Laurens van den Acker on record as saying the plan is for the car to “be more dramatic and give it some balls.”

There are no number out yet, but I can tell you what I think would be good to see: Around 2400 pounds at the curb, 180 HP at the wheels and with styling to match.