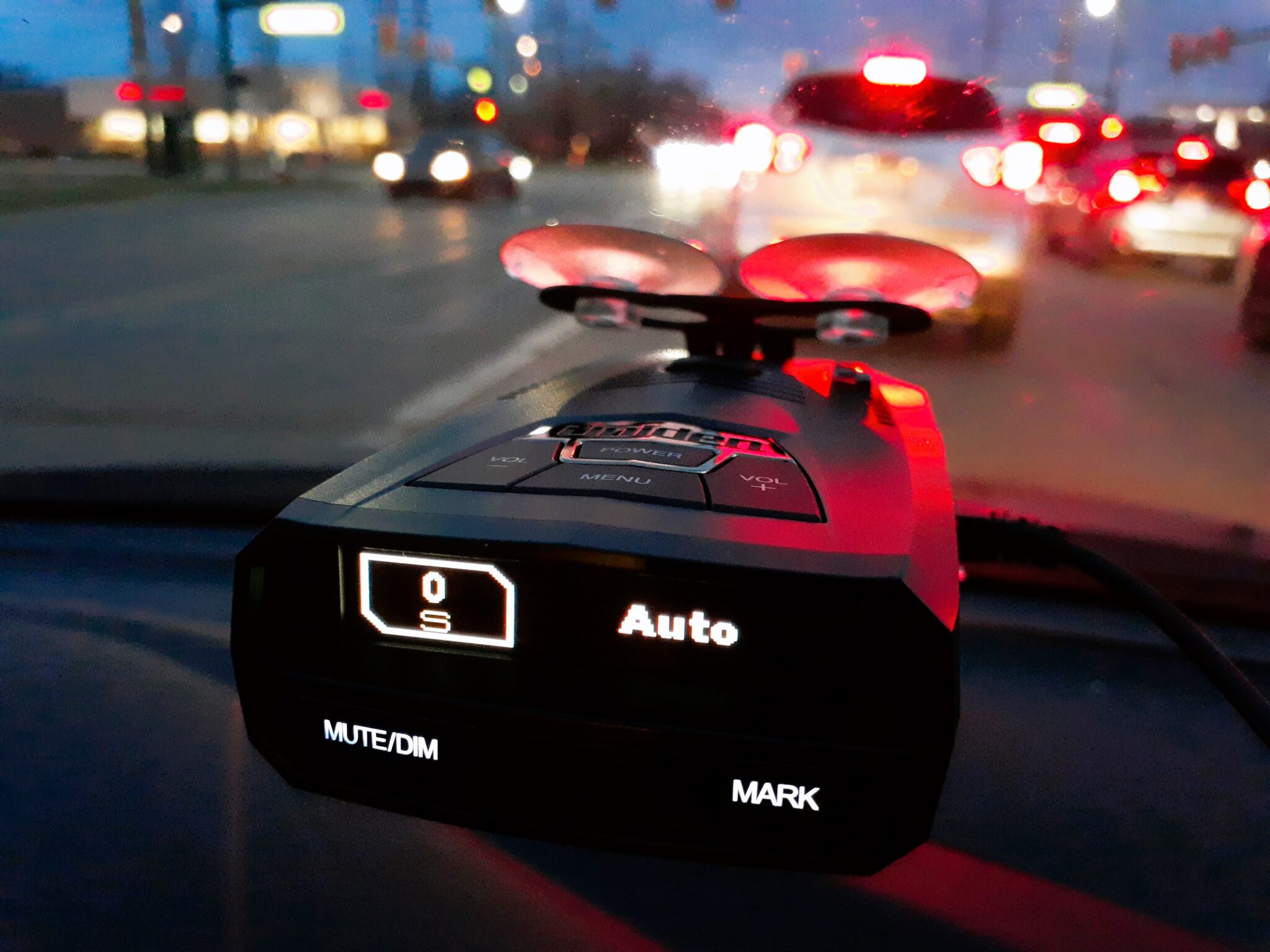 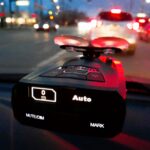 Carl Anthony
ReviewsProducts
Home
Reviews
Table of Contents show
How I Use My Uniden R4
Uniden R4 In-Depth: What It Offers
Is The Uniden R4 Worth The Money?
Uniden R4
What's Great
Updated Platform
Tremendous Range
Auto Mute Memory
Not So Great
Some Bland Display Colors
No Directional Alert Arrows
94 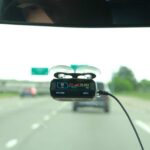 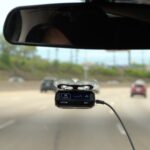 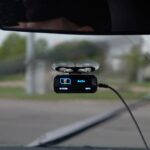 Affiliate Disclosure: As an Amazon Associate, Automoblog earns from qualifying purchases, including the radar detectors featured here. These commissions come to us at no additional cost to you.

As the successor to the trusty R3, the Uniden R4 offers better false alert filtering, Gatso detection, and two Low Noise Amplifiers (LNA) to increase the overall range. Basically, the Uniden R4 takes everything good about the R3 and turns it up a notch, but there is a price jump to consider.

As of this writing, the R3 retails for $299 on Amazon, while the Uniden R4 goes for $350. Is it worth spending the extra money to have the updated R4? In this review, I hope to help answer that.

How I Use My Uniden R4

The Uniden R4 sits alongside units from Escort, Cobra, Radenso, and K40 in my collection of radar detectors. While my Escorts are nice with all the Bluetooth features, sometimes I don’t need all that “stuff” when I drive. My goal was to find a “grab and go” radar detector for quick trips around Detroit with reasonable range and good false alert filtering.

At first, I sought out two inexpensive Cobra units but was only satisfied with one and developed a love/hate relationship with the other (in hindsight, I was probably too lenient in my original review of the 480i). That led me to purchase a Uniden R3, which, although more expensive than the Cobra units, was far more reliable and enjoyable to drive with. I’ve since ordered an R4 to replace the R3 as my “grab and go” radar detector.

Uniden R4 In-Depth: What It Offers

The R4 comes with a 12V DC power cord with an RJ11 connector, hook and loop tape for dashboard mounting, and an owner’s manual. Included are two different windshield mounting brackets. There is a larger single suction cup bracket and a bracket with two smaller suction cups. Uniden includes a carrying case too.

The Uniden R4 is built on an all-new platform, giving it an advantage over the R3 in terms of detection range and available features. For example, the R4 has an Auto Mute Memory feature that automatically locks out false alert locations, which is super convenient. The R4’s new platform also houses the dual LNAs to detect radar sources farther away than the R3 can. Likewise, the R4 can detect Gatso radar used by the latest speed cameras.

These are all key differences between the Uniden R4 and R3 and may help you justify the price jump.

Regarding the R4’s new platform, a good comparison is a vehicle platform, or rather, the architecture and chassis. Every vehicle has a “platform” on which it’s manufactured. Imagine the difference between a vehicle built today and a decade ago. The new vehicle will be safer, more fuel-efficient, ride and handle better, and have more tech features. The updated architecture, or platform, allows such things to come to fruition.

The same analogy can be applied to the Uniden R4 and R3, just a little smaller.

The Uniden R4 will alert you to X, K, and Ka radar bands and laser (LiDAR) guns. I have X bands turned off, but the Downriver communities south of Detroit use instant-on K band, so I’m hesitant to have my R4 ignore K band outright. While you may have the occasional K band false with the R4, the new Auto Mute Memory feature is quick to save them.

You can experiment with the K and Ka filters in the settings menu, including a segmentation filter. Since Ka is most common here in Michigan, I have my R4 set to narrow Ka segmentation. In narrow segmentation, the R4 scans only for U.S.-spec guns versus the entire Ka frequency range (or wide segmentation). Since the R4 is not watching the full Ka frequency range, it has a quicker response time, which is helpful in an area where instant-on Ka band radar is present.

The R4 can also detect POP transmissions, MRCD, MRCT, RT3, and RT4 (RT3 and RT4 being the separate frequency ranges of the aforementioned Gatso radar). This means the Uniden R4 will alert you to a wide variety of radar sources, from patrol cars and speed traps to traffic cameras and other photo enforcement devices.

When warning you of an upcoming red light or speed camera, the R4 will show traffic light or camera icons and the corresponding distance (in feet) to the alert.

The R4’s OLED display will show the frequency when a particular radar band is detected. The corresponding signal strength indicator moves from blue to white, then to yellow and orange, and finally to red, depending on how close you are to the threat. Audible alerts are also issued, with the tones becoming more rapid the closer you are to the radar source. You can also set the R4 to announce the frequency of any radar bands you encounter.

The R4 will simultaneously detect up to four radar bands and show each of them visually through the All Threat feature in the settings menu. The strongest signal is designated as the priority, showing front and center on the OLED display. Any other signals appear on the left side of the screen and resemble a little digital chart. Below this digital chart is the type of radar band, followed by signal strength bars that ascend vertically the closer you get to the source.

For me, the All Threat feature is helpful north of Detroit in Oakland County. Novi Road runs between Northville and Walled Lake, taking you straight through Novi in the process. You pass multiple shopping plazas, including Twelve Oaks Mall, different apartment complexes, and even cross over I-96. It’s a heavily patrolled area, and the chances are high you will encounter more than one police car with its Ka radar engaged (at the time of this writing, the State of Michigan has a contract with DBA Stalker Radar & Video).

Like the R3, the Uniden R4 has a City and Highway mode. In City mode, X and K band sensitivity is reduced to prevent false alerts, while Ka bands stay at full sensitivity. In Highway mode, all bands go to full sensitivity to give you the most reaction time on the open road. You can further optimize the R4’s sensitivity levels through the Advanced Mode.

Auto Sensitivity mode makes the Uniden R4 an excellent “grab and go” radar detector. I have already lent my R4 several times to family taking a weekend getaway or a work trip. The Auto mode is nice because I can “set it and forget it” for them. You just put it on the windshield, and away you go!

Here in Detroit, I have the threshold at its max, 60 mph, so my R4 doesn’t switch to Highway mode until I exceed that speed. There are roads in the Detroit metro where you are still in the city but driving in an area with a higher speed limit. If you use the Auto Sensitivity mode, it’s best to set the switching point between City and Highway based on where you live.

When you encounter an alert you know to be false, press the Mute/Dim button on the front of the unit or the Mute button on the power cord. You will then see “Mute On” appear on the display. Press one of the buttons again to save that GPS location and frequency to the R4’s memory. When you pass that location again, the R4 will display the alert and the frequency on the OLED display, but it won’t make a sound. At this point, I’ve lost track of the number of CVS and Walgreens doors I have saved to my R4!

Mark Location (listed as “user location” in the owner’s manual) works similarly, but you will use it for areas with a known radar source or a spot where they “like to sit.” When entering this area, press the Mark button to save that location. The R4 will issue a voice prompt the next time you are near that saved location.

The R4’s updated platform supports a feature called Memory Quota, something the R3 doesn’t have. Memory Quota lets you set the individual number of Mute Memory and Mark Locations. In total, the R4 can save up to 2,000 points between the two, but you can allocate that one way or another in 50-point increments.

Is The Uniden R4 Worth The Money?

If you are a radar detector enthusiast or like having the latest toys and gadgets, then yes, the Uniden R4 is worth every penny. No doubt I will always trust my R3, but I have zero regrets about upgrading to the R4.

If you are new to radar detectors and looking to purchase your first one, the R4 is a fine pick. It’s easy to learn and use and will give you plenty of advance notice when a radar source is nearby. However, if you are on a budget, go with the R3. Although it has fewer features than the newer R4, it’s still a good radar detector for your daily drive.

Uniden R4 vs. Uniden R8: What’s The Difference & Which One Should You Buy?