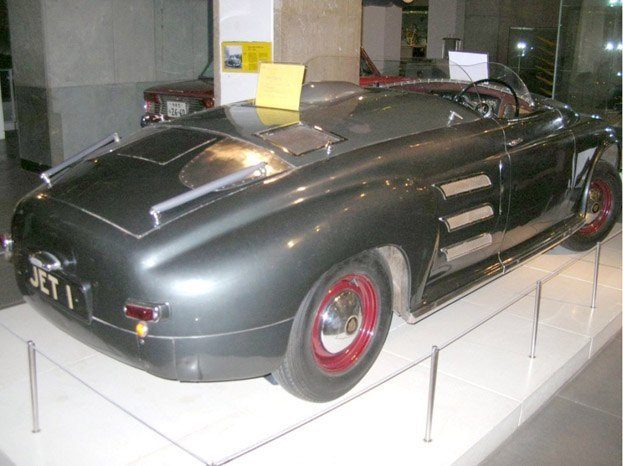 Well how cool is this? The British government will be funding research into using jet turbines as onboard generators for electric vehicles. The U.K.’s Technology Strategy Board awarded $1.8 million in funding to Jaguar-Land Rover, Bladon Jets and SR Drives. The turbine-based range extender will use a small jet turbine capable of burning a wide range of fuels to generate electricity to extend the range of electric vehicles.

Although it sounds about as practicable as using a blowtorch to get inside a gumball machine, there are number advantages in using an axial-flow micro turbine, e.g. a jet engine. They can be manufactured to be very compact in size, be light weight, and at low cost. Using a turbine for primary drive systems in personal vehicles has proven unrealistic due to a lack of low-end torque, noise, expense, and high fuel consumption. But using a small axial-flow micro turbine to provide on-board recharging of electric batteries appears to be a legitimate solution.

Like a number of car manufacturers, the Rover Company, Jaguar-Land Rover’s predecessor, experimented in jet-powered cars in the 1950s. Rover built a car called the JET1, the first ever jet-powered passenger car. It was capable of 88 mph at 50,000 rpm, and could run on gasoline, kerosene, or diesel. The JET1 concept generated a race car developed with the BRM Formula One team that the great Graham Hill co-drove at the 24 Hours of Le Mans that could top out at 142 mph. Although the technology sort-of worked on a track, it proved too inefficient and expensive for production-car use.

Fast forward to today, and the consortium of British companies behind the micro-turbine tech says it can save up to 220 pounds over a gasoline-powered range-extending piston engine, like the engine used in the upcoming Chevy Volt. Not only will using a turbine cut weight, but it will also cut CO2 emissions slightly. The developer of the micro turbine, Bladon Jets, says a suitable turbine is just 5 percent of the size, weight and parts count of a typical piston engine.

The technology isn’t expected to make it into road-going cars for another 5 to 15 years, but it’s still a pretty cool idea.