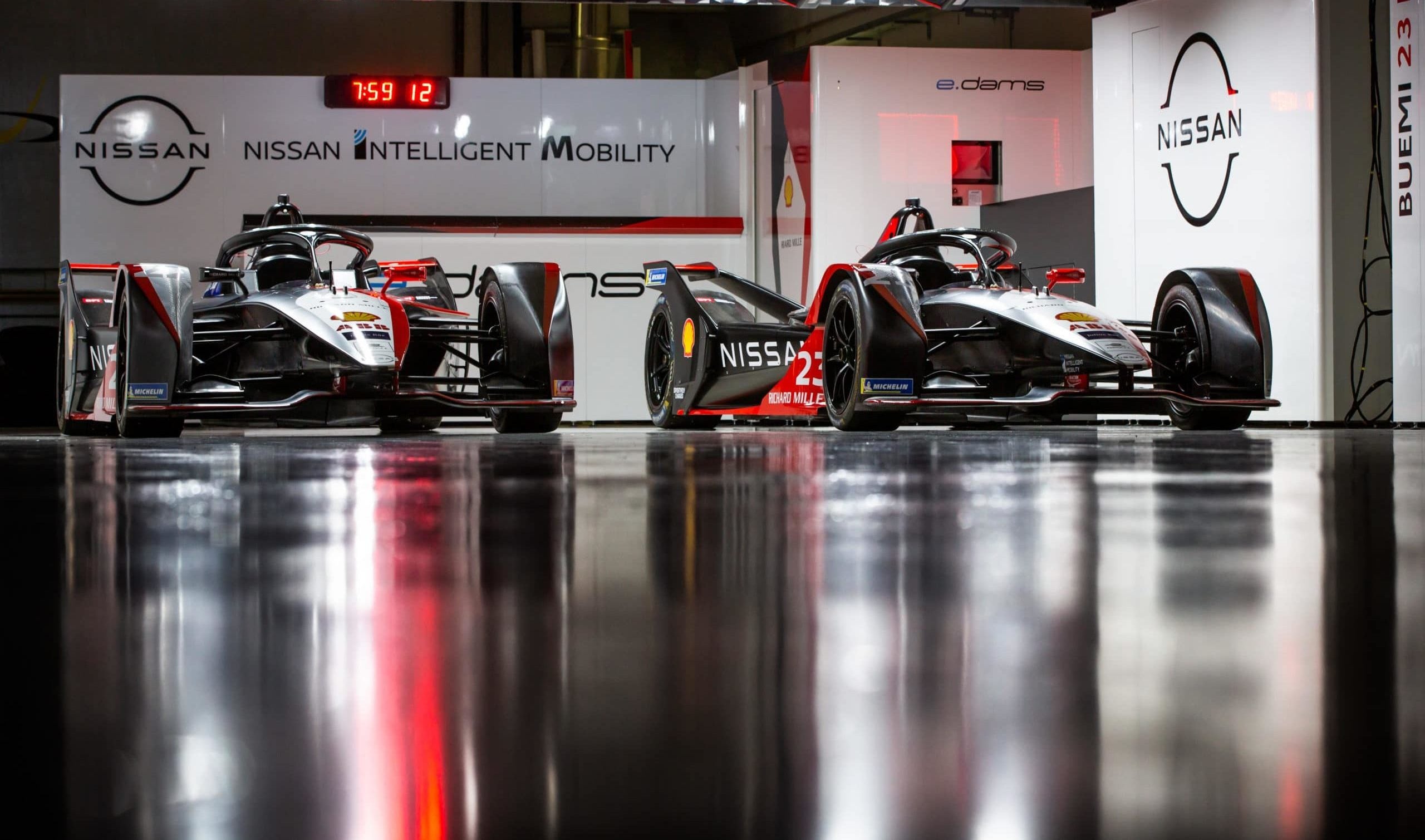 Nissan has launched a pioneering program focused on brain function and anatomy research to improve their driver’s performance in the Formula E Series. Drivers Sebastien Buemi and Oliver Rowland hope to supercharge their training and development as they are monitored for improved speed, reaction, and consistency on the track.

For those of you up to speed, the Formula E series races electric cars that look like F1 or Indycars crossed with something out of Star Wars. Quiet but quick, they race on street circuits around the world and feature participation from big-name carmakers and drivers. Whatever advances we see in making EVs faster, longer-ranged, and more fun to drive, it will come out of the Formula E series – showing yet again that racing is the best R&D facility you can get. And Nissan looks as if they are going to take their R&D game to the next level.

Years ago, when Alex Zanardi was racing in Formula 1, he had a huge accident in practice at Spa, Belgium. Coming out of Eau Rouge, he lost it and slammed into the barriers at incredibly high speed, destroying the car, knocking himself unconscious, and winding up in the hospital. Two days later, at a press conference, Zanardi cracked, “The doctors did a CAT scan on my brain, and were very surprised to find that I did, indeed, have a brain.” It was a funny, devil-may-care racer kind of quip, but it also touched on an implied truth: Racers don’t show much evidence of thinking. Most normal people would reject the idea out of hand: “Are you crazy? You want me to go how fast in a car?”

But indeed, racers do have brains in their skulls, and Nissan just got into the business of applying human factors research to help their drivers use their brains more effectively. Honestly, I’m surprised it’s taken someone this long to work on that end of things.

First off, modern race drivers train like nobody’s business; strength training, aerobic capacity, visual acuity, day in, day out, they’re working on this stuff. And second, data is very easy to come by and store these days. Most modern race cars – and Formula E racers are no exception – are wired up the wazoo with so many sensors that engineers can get lost in all the data. And on top of that, storing the data is much easier these days. Modern racing data recorders are about the size of a couple of smartphones. So why not get all the information you possibly can, crunch it, and figure out what your car is doing?

And more to the point, why not figure out what your driver is doing?

“With this groundbreaking program, we aim to understand our race drivers’ brain functions like never before and push the boundaries of on-track performance in Formula E,” said Tommaso Volpe, Nissan global motorsports director. “Every tenth of a second counts in Formula E, so we’re excited to see how our cutting-edge Nissan research team can enhance Seb and Oli’s already high-performing brain functionality.”

Dr. Lucian Gheorghe, a leader in brain analysis and training, is coordinating the Nissan Brain to Performance program. The immediate priority for Nissan is to enhance the performance of Nissan’s Formula E racers.

“Our brains are incredibly powerful. Without us realizing it, they perform a multitude of critical functions every second we drive our cars,” said Dr. Gheorghe. “Our highly trained and experienced Nissan Formula E drivers perform these functions under intense pressure and at great speed as they constantly search for faster lap times. Our new Nissan Brain to Performance program seeks to understand what it is about their brains’ electrical activity that enables them to do what they do.”

The first stage of Nissan’s new program will start with a detailed analysis and testing of the Formula E racers’ brain activity, comparing them against a control group of “average'” non-racing drivers. All drivers, pro or not, will perform a range of tasks on state-of-the-art driving simulators while their brain activity is monitored and recorded. Based on those results, a bespoke driver training program involving electrical brain stimulation will be developed to improve that driver’s performance.

Third: can this brain/computer interface training be used to enhance general driving skills and, in the long term, be used to inform and improve future Nissan EV product development. That third part is pretty much a tacit admission that most EVs are dull and un-involving to drive. But if Nissan’s Brain to Performance program can make them more fun and engaging, then I say wire them up and let’s get going.