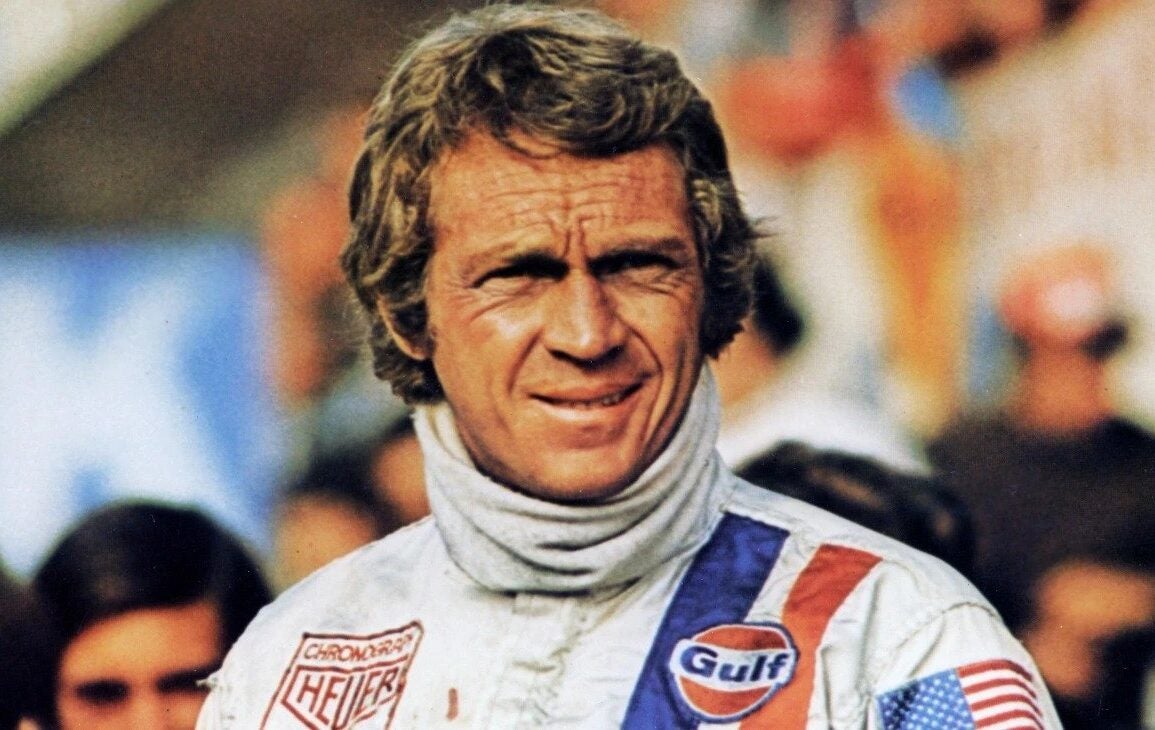 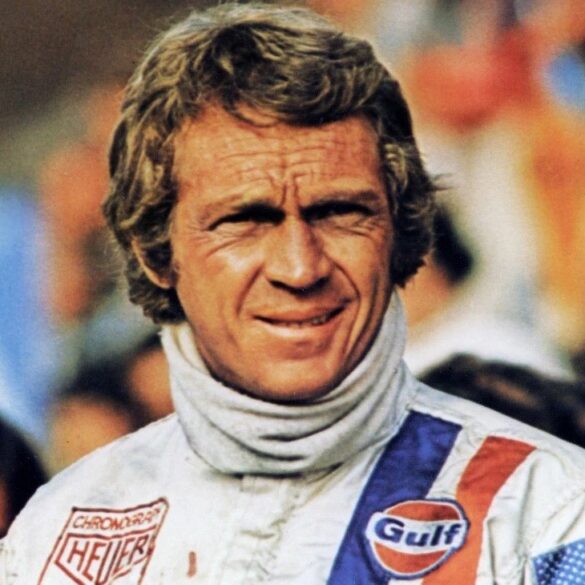 When You’re Racing, It’s Life: Le Mans Better Than Ever Over 50 Years Later 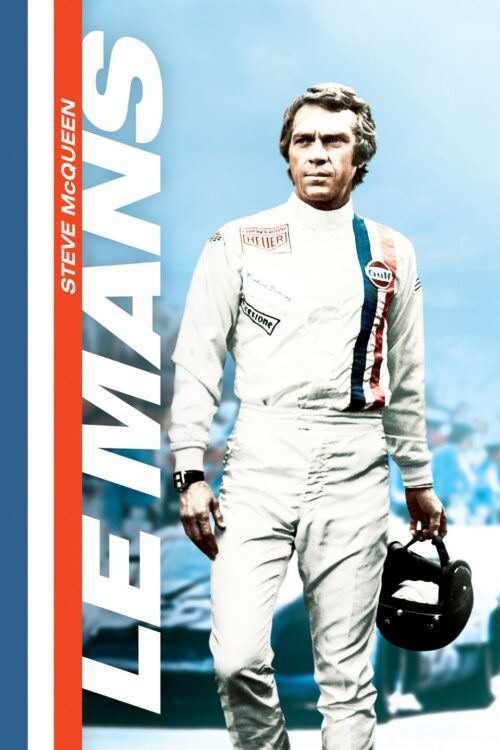 Affiliate Disclosure: As an Amazon Associate, Automoblog earns from qualifying purchases, including the movies and books featured here. These commissions come to us at no additional cost to you.

“Watch out for the red Lola. Lola!” These are the first words of dialogue in Le Mans, and they are not spoken for 36 minutes into the film. Until then, it is nothing but glorious natural sound and documentary-esque footage of the world’s most important sports car race, and it is breathtakingly fantastic.

Le Mans plays out in a linear fashion, starting with the protagonist, Michael Delaney (Steve McQueen), driving to the track in the early morning. Delaney pauses to contemplate a new section of Armco barrier on the run down to the kink at Maison Blanche. He flashes back to an accident involving himself and an unknown driver. The consequences seem grim. Delaney, still haunted, drives on.

The film crescendos from there, a slow, methodical buildup in tension, action, and racing. There is very little dialogue and little to no exposition. Primarily, things are explained visually and amplified by overheard conversations between those involved. The competition between Ferrari and Porsche is fierce from the moment the flag drops. Delaney, driving for Porsche, is a mix of cool detachment and professionalism. Yet so is every other driver. This is the top of the pyramid for professional sports car racing, and emotional combatants do not survive for long.

The inherent unpredictability of racing plays out. Small mistakes lead to catastrophic consequences. The errors of others swallow the innocent. A Ferrari goes off at the Indianapolis curve, and the resulting fireball distracts Delaney long enough for him to total his Porsche. After the long walk back, he tries to be as valuable to his team as he can. David Townsend (Ronald Leigh-Hunt), the John Wyer-style Porsche manager, puts Delaney into sub for a slower teammate. “Michael, I want you to drive flat out. I want Porsche to win Le Mans,” says Townsend. Delaney cannot win outright, but he can help his team to win Le Mans for the first time ever.

And that he does, by pushing the competing Ferraris as hard as he can, he forces the Italian team into mistakes or defensive driving, allowing his teammate’s Porsche 917 to open up a gap and win the most significant sports car race in the world.

The casting of Le Mans is illustrative of the many quirks in the film. If you could take Steve McQueen out, you might think you were watching a documentary. Outside of McQueen, none of the players would likely be recognizable to American audiences – especially today – and that’s one of the now enduring masterstrokes of Le Mans. The real “star” of the film is the racing at Le Mans.

Siegfried Rauch is Erich Stahler, Delaney’s main rival who drives for Ferrari. He is tall and given to unpredictable grins and moments of humor. Rauch, known for his work on TV in Germany, was also in Patton and The Big Red One, the latter with Mark Hamill of Star Wars fame.

Elga Andersen plays Lisa Belgetti, the widow of the driver that died last year. She’s here for we don’t know what exactly. Perhaps a sense of closure, but it’s never explained. Still, her largely silent performance carries the heavy weight of consequence.

In one of the few dialogued scenes, a brief conversation between her and Delaney shows as a master class in acting. Shrugs, questions, answers, diverted glances, shakes of the head, smoldering looks – is there something there? Are Delaney and the widow Belgetti attracted to one another? Who knows, it’s gone in a flash, and she asks The Question: “Why do you do this?” And McQueen gives the answer of answers:

“Lotta people go through life doing things badly. Racing’s important to men who do it well. When you’re racing, it’s life. Anything that happens before or after is just waiting.”

Now, to be fair, McQueen borrowed that line. It was actually said by Louis Chiron at Monaco back in the 1930s. He said (again, when asked by a beautiful woman, just like McQueen in Le Mans) “To race is to live. All else is simply waiting.”

Le Mans: The Making of a Masterpiece

How they made Le Mans could fill a book; indeed, it already has with the 1999 title A French Kiss with Death by Michael Keyser and Jonathan Williams. The movie’s script is odd. There was one, and then another one when they were shooting, although it wasn’t finished before production started (a big sin in the movie biz). I’ve seen chunks of the script, and it’s what you would expect: all action and minimal dialogue. Today this would be a next-to-impossible sell, but back in 1971, screenwriter Harry Kleiner and director Lee H. Katzin got away with it.

The camera work is incredibly innovative for the time, with cameras mounted in the most interesting places. Cars roar into the pits with a POV camera on the body. Cameras track up, around, and then look back at cars as you pass them. Filming was done a few years before the introduction of Steadicam in 1975, so the fluidity with which Le Mans is shot is something to be appreciated.

The editing is just as good (speaking as a former film editor myself). It flows seamlessly. It settles and paces down, then ramps back up again. You are aware of it, but it is never intrusive. It does exactly what good editing is supposed to do, building the story but never getting in its own way.

Absent are the condescending, patronizing explanations about what needs to be done to win that befall other racing movies. Nobody utters a stupid, meaningless phrase like “okay, hit it” or “get on the throttle now.” There are no stereotypical Penny Pureheart and Ricky Speedgood characters. There is none of that. Zero. And that’s down to the fact that Steve McQueen, despite all of his faults, was one of us. He was a gearhead.

Should You Watch Le Mans?

Despite McQueen’s prowess, racing movies for the non-racing crowd can be hit or miss, even if the story is told in conventional terms. And Le Mans is not told in conventional terms. Its documentary style versus an explosive work of action can make for a more inaccessible film for the casual viewer. And without the narrative crutch of expository dialogue, that viewer can fall even further behind.

Yet there is a certain charm to Le Mans I’ve noticed over the years when watching it with people who don’t follow racing. While your mileage may vary depending on who is with you – and I won’t be held responsible if your significant other says, “Why did you make me watch this?” – you might be surprised how much they actually like it.

As of this writing, Le Mans is available for rent or purchase on Amazon Prime. You can also grab a DVD copy for about $10.