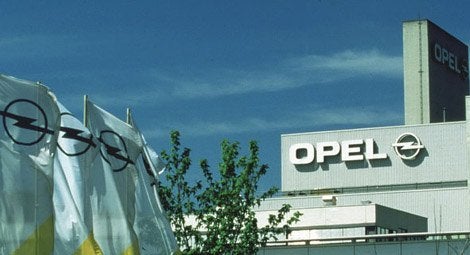 GM Decides Opel Not For Sale

Looks like the on again/off again sale of General Motor’s long held Euro-brand Opel is now definitely off, and The General will not be selling the company off to Magna. What makes this really odd is that the deal was nearly complete when the GM Board of Directors decided to terminate the sale process. GM has decided to keep the European unit under its direct control and not sell in to Russian-backed group led by Magna.

Why? Why cancel the sale now? GM said it’s because of an “improving business environment for GM over the past few months” as well as the Opel/Vauxhall brands being important to the GM’s global strategy.

General Motor’s president and CEO Fritz Henderson said that, “While strained, the business environment in Europe has improved. At the same time, GM’s overall financial health and stability have improved significantly over the past few months, giving us confidence that the European business can be successfully restructured. We are grateful for the hard work of the German and other EU governments in navigating this difficult economic period. We’re also appreciative of the effort put forward by Magna and its partners in Russia in trying to reach an equitable agreement.”

Henderson also added that the GM will present the European division’s restructuring to Germany and other governments and hopes for its favorable consideration. In other words, GM still has to sell this to a bunch of Euro-feds.

According to GM, restructuring of Opel will cost them around â‚¬3 billion, or around $4.4 billion at today’s exchange rates.

“We understand that the Board concluded that it was in GM’s best interests to retain Opel, which plays an important role within GM’s global organization. We will continue to support Opel and GM in the challenges ahead and wish to thank everyone who supported the Opel restructuring process for their tireless efforts and dedication over the past several months,” said Siegfried Wolf, Magna’s Co-Chief Executive Officer.

Now that that’s done, the question becomes: Will this be a good move for GM? They’ve owned Opel, one of the oldest auto manufacturers in the world, seemingly forever. Owning Opel, and by extension, their Vauxhall sibling, worked, or could work, both ways for GM. It keeps the Detroit automaker directly involved in Europe, and, if the need arises (think increasing CAFE standards), owning Opel could allow GM to bring in some of their Euro-wares to America.